He died aged 37, but was already a master in the league of Leonardo 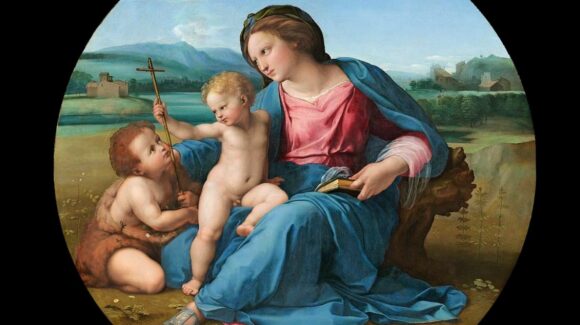 They used to be common. Now they are rare. I am thinking of that rousing gallery experience — the blockbuster. Seen off by a bleak combination of gallery circumstances — Brexit, Covid, insurance costs, the ecological impact of shipping art — they belong largely to the past. So the first thing to note about Raphael at the National Gallery is that it is a 22-carat, bona fide blockbuster.

It’s not just a question of size. True blockbusters hit you like an uppercut on the chin and fill you with dizziness and awe. They also require outstanding loans, a powerful storyline, a sense of being the last word on a subject, a mighty one-word title. Raphael has all of the above.

The fact that the show has managed to pop up when every facet of global reality appears to be set against it makes it more special. Time, therefore, for a vigorous shake of the head, and an attempt to tell you what is there.

We first encounter him aged 15, yet so precocious that he is already capable of giving us a sensitive self-portrait, drawn with black chalks and silverpoint: subtle shadows around the lips, softly staring eyes. First exhibit, first wow moment.

His mother died when he was eight, his father when he was 11. Perhaps becoming an orphan so early triggered his preternatural maturity, and also that ever-present sadness in his art: the beautiful gentleness. No one in a Raphael picture ever smiles.

In another early work he paints Jesus with the cross, stumbling towards Calvary, yet manages to make Christ’s final journey feel like an elegant wedding procession. No blood, no torture, no sense of death.

The sweetness of tone lasts for most of the show. Raphael is not an artist you turn to for thunder and terribilità. His exquisite altarpieces — several of the best are here, freshly restored, singing with clarity — imagine events among the saints as moments of quietude set in a perfect Heaven on a sunny day.

The National Gallery’s Ansidei Madonna (his paintings often have portentous noms d’art) shows an enthroned Virgin and child with John the Baptist on one side and St Nicholas of Bari on the other. Nicholas of Bari — the original Father Christmas, who threw pouches of gold through young girls’ windows — is in his full episcopal bishop gear, while John the Baptist has only his wilderness robes. But Raphael turns the four disparate heavenly characters — Mary, Jesus, St Nicholas, St John — into a divine quartet, so perfectly harmonised they could play Schubert at the Wigmore Hall. 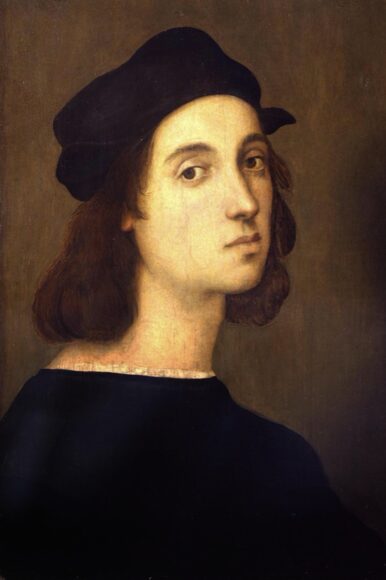 The show is divided into sections. The Madonna room looks at one of his specialities — the lovingly observed Mary, mother of God, eternally young, eternally sad, for her son must die on the cross. Perhaps the passing of his own mother at an early age left him with a mother complex. Boy, did he love his Madonnas. And boy, is he good at painting baby Christs and their premonition of death.

The sense of preternatural talent and sweetness that flavours the opening stretches here gives way to something less distinct once he reaches Rome and starts working for the popes. Handsome, charming, hardworking, reliable — everyone loved him, and wanted to employ him. The show has a clear ambition to present Raphael as more than a painter. We also see the print-maker, the architect, the fresco artist, the interior designer, the designer of sculpture and textiles. The Vatican has actually lent one of his tapestries commissioned for the Sistine Chapel.

These are important enlargements of our image of him, and the stretches of the show dealing with his wider achievements are packed with fascinating detail. Much of the information comes from his drawings, which are some of the most impressive things here. Was there ever a more skilled and natural draughtsman than Raphael? Right now, having seen all this, I can’t think of one.

The show’s determination to present him as a wide achiever is a key part of its storyline. But it is in the nature of great painting that nothing satisfies you quite as much as more great painting, and having detoured profitably into Raphael’s wider world it is a real joy to return in the final room to his personal handiwork.

A suite of his portraits gives us his alluring portrayal of his famous mistress, La Fornarina, brazen, topless and sexy. The celebrated woman in white, La Donna Velata — which surely shows the same sitter? — is among the Mona Lisa’s few rivals when it comes to Exocet-strength female portraiture of the Renaissance.

There is also evidence in the final stretches here that the boyhood sweetness he had managed to hold on to for much of his career was finally giving way to something darker and more hefty. See the weighty presence of the saints clustered around St Cecilia in the towering altarpiece borrowed from Bologna. Or the tangibly ancient and wrinkled St Jerome in The Holy Family with Saints, lent by the Prado. Raphael was heading elsewhere.