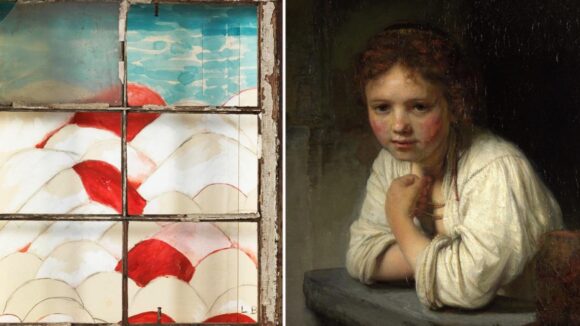 Halfway through Reframed: The Woman in the Window at the Dulwich Picture Gallery I was moved to scribble in my notebook: “Show of the year!” The display was getting everything right. The theme was holding up. I was full of interest, admiration and joy. Unfortunately, when I reached the end, I drew a line through the comment and added a homemade emoji of a weeping face. A lot had gone wrong.

We’ll get to the collapse in a moment. First, the successful start. Women standing at windows is a genuinely inventive and fruitful theme. It leads in and out of telling moments of art history. As a test of scholarship, it places proper demands on the curator. This is not a theme you can look up on Wikipedia.

The most celebrated recorder of the subject, the 17th-century Dutch genius Vermeer, spent much of his career painting wistful daughters standing by the living room window, bathed in the most soulful light in the house. Vermeer’s take on the subject dipped us gently into ideas of separation. The young woman is inside, the big wide world is outside, the window is the bridge between the two. 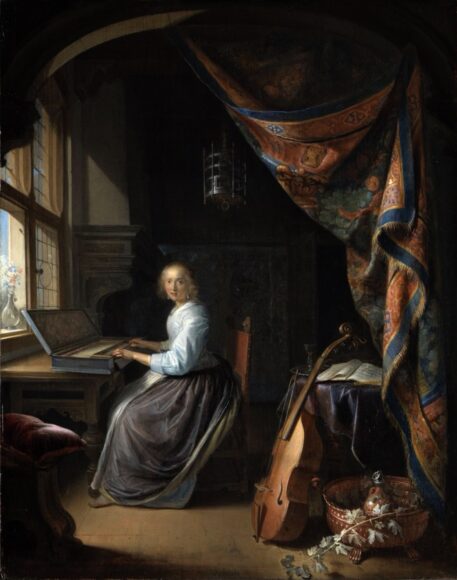 But, as anyone who has been to Amsterdam and visited the red light district will know — it’s on the tourist map! — the sight of a woman sitting in a window has another kind of Dutch reality: the displaying woman is a sex worker advertising her wares.

I assumed this was just a Dutch thing. What I did not know — what the show’s opening scholarship makes darkly evident — is that the image of a woman sitting in a window has had sexual overtones since at least the Phoenicians. A carved ivory of the subject, from Nimrud, dated to about 900BC, shows the window framing the face of a cultish goddess of love. She has become a decorative ornament to be carried about.

The next exhibit, a Greek pot from about 360BC, shows a man climbing a ladder to a woman waiting above. As he climbs, his pink erection sticks out of his pants like an uncooked frankfurter. For the ancient Greeks, as for the modern Dutch, the woman at a window was an image loaded with sexual dynamics.

The Dulwich Picture Gallery does not own a Vermeer, so providing a focus for these slippery, dangerous, provocative ruminations falls to Rembrandt, whose Girl at a Window from 1645 is displayed centrally in the opening room. At first sight, it’s a simple and quiet image. A young girl, aged 12 or 13, leans out from a window sill. Her eyes are distant: she’s thinking something personal and wistful. Prompted by those thoughts, she pulls absentmindedly on the gold chain around her neck. 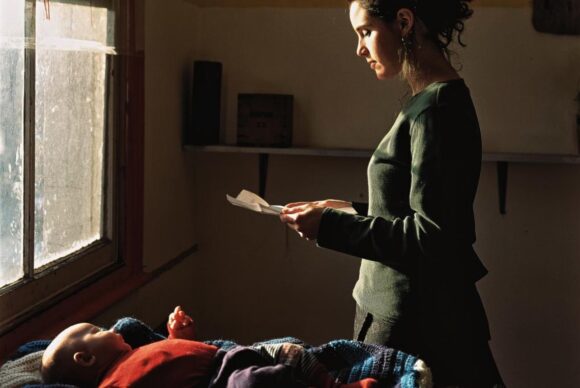 So far, so innocent. Then you remember the Greek pot on her left. And in this prickly new context Rembrandt’s quiet image explodes into problematic life. Someone as young as this should not be sitting in a window thinking as deeply as this about the gold chain round her neck.

A selection of Dutch images of women in windows by Gerrit Dou and Gabriel Metsu makes evident how loaded the image had become. For the 17th-century Dutch female, the window was a perilous terrain. Although we don’t get a Vermeer, we do get a deliberate paraphrase from Tom Hunter, whose Woman Reading a Possession Order, from 1997, replaces Vermeer’s girl reading a love letter with a mother reading an eviction notice. The sex theme has gone, but not the tension between public and private: the outside and the inside.

This is how the show progresses. Bits of provocative art history are matched and expanded by examples of modern and contemporary art. An extraordinary 15th-century French sculpture, which hung on the outside of a church, shows Saint Avia, a virgin martyr locked up for her Christian beliefs, looming up behind rough prison bars carved of stone. On the wall opposite we see a prostitute sitting in a window, by Walter Sickert. The juxtaposition adds a dark rhyme to an event that is busy with them.

Alas, it’s here the problems start. Until now, the role played by “the male gaze” in this creepy window voyeurism has been cleverly examined. Suddenly, someone presses the Modern Curator Button and instead of exploring its subject independently, inventively, knowledgeably, the show starts clumping its way down the overtrodden path of identity politics.

Picasso’s beautiful aquatint of Françoise Gilot, the mother of Paloma and Claude Picasso, standing by a window, is blasted with casual accusations about Picasso’s “abusive” relationship with her. A dull but large image of a shaven-headed woman standing by a window by the minutely talented Wolfgang Tillmans is included because the woman in the picture, a celebrated techno DJ who calls herself Smokin’ Jo, has adopted “a gender ambigious name as a way of masking her female identity”. Scholarship has given way to clichés. 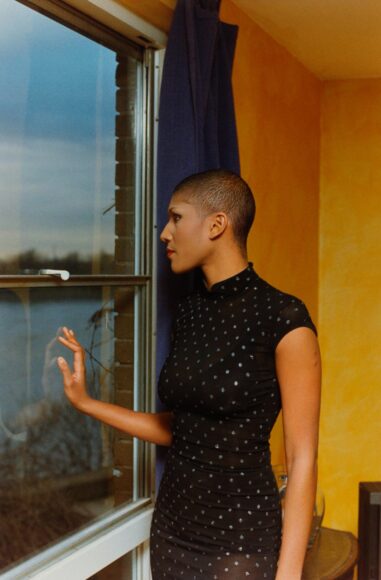 Thankfully, the final room adds a few worthwhile enlargements to the subject. The brilliant Louise Bourgeois turns an old window into a dimension-reversing aperture through which we can peer at the artist’s inner life.

In a moment of tenderness, a section devoted to windows during the Covid era gives us the sight of a baby touching the glass that separates it from its grandmother on the other side. A show that starts out so well, but that phones in the identity politics at its centre, is rescued at the end by the real world.

Reframed: The Woman in the Window is at Dulwich Picture Gallery, London SE21, until Sep 4