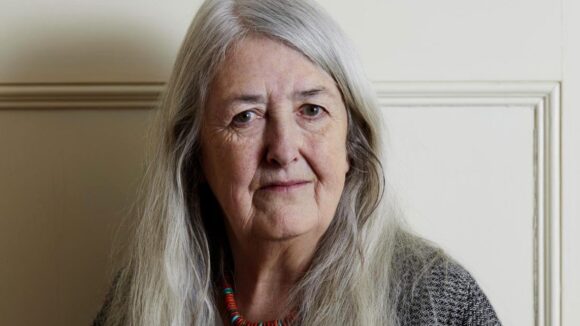 Feminine Power at the British Museum is two exhibitions happening at once. First, it’s a survey of the female divinities that have been worshipped, collected and invented round the world since humans began making art. From Sedna, half-woman, half-seal, the Inuit mistress of the sea, to Minerva, the simultaneous Roman goddess of war and wisdom; from Kali, the furious Hindu slasher with a taste for blood and knives, to Mary, the soothing virgin mother, every global religion has had cause at some point to visualise a distaff divinity.

That is show one. Show two is the presentation of a contemporary feminine viewpoint that addresses this international history of the goddesses and seeks to direct our understanding of it. The first thing we encounter is a set of large video screens on which a full house of female thinkers instructs us on different ways to view the event ahead.

“This exhibition is about transition,” the writer Bonnie Greer announces, “so you better leave all your baggage behind . . . because you’re going to be changed.” “Question who society is heroising and who society is othering,” the journalist and novelist Elizabeth Day demands. “Don’t expect any simple answer here,” the historian Mary Beard warns, “but get ready to explore a problem that every culture in the history of the world has faced.” 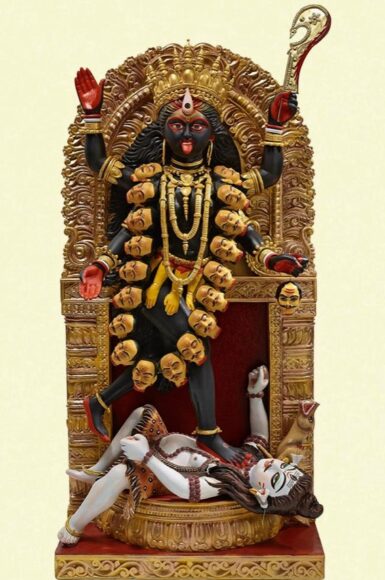 I bow to no one in my appreciation of Professor Beard. As a trustee of the British Museum, she can put herself at the front of as many shows as she wishes and I will not complain. But the sheer noisiness of these spoken instructions is a problem. Presented on a loop, they can be heard in every corner of the show and, frankly, make it genuinely difficult to concentrate on the art. It’s like being stuck in a room with a talking parrot. For the first few minutes the repeated utterance of “Pretty Polly” is charming. After a while you just want it to stop.

But if you put your fingers in your ears there are, of course, intriguing things to see here. Divided into thematic sections, each dealing with a key area of feminine agency, the show confronts us with a crowd of goddesses from every corner of the globe. Occasionally an appropriate example of contemporary art fertilises the journey with modern moods.

The opening section is devoted to creation and the thunderous earth mothers that populate the world’s many origin myths. The Hawaiian goddess Pele is said to be responsible for the eruption of volcanoes, so she appears in a beautiful carving made from the ohi’a tree, a timber that is naturally coloured red. Mami Wata, the African river goddess, woman on top, fish below, glistens at us from a shiny brass plate manufactured in Birmingham in the 19th century, then transformed with Mami Wata imagery by the Efik people of Nigeria.

I was surprised to see included an Irish Sheela na gig, one of those mysterious medieval church sculptures of a female grotesque displaying her enlarged vulva. The show argues that Sheela na gigs, which have traditionally been viewed as medieval warnings against lust, can also be understood as celebrations of female fertility. Which strikes me as a clear case of wishful thinking. Surely celebrations of fertility would have a more positive presence than these scowling, hunched-up stone munchkins? 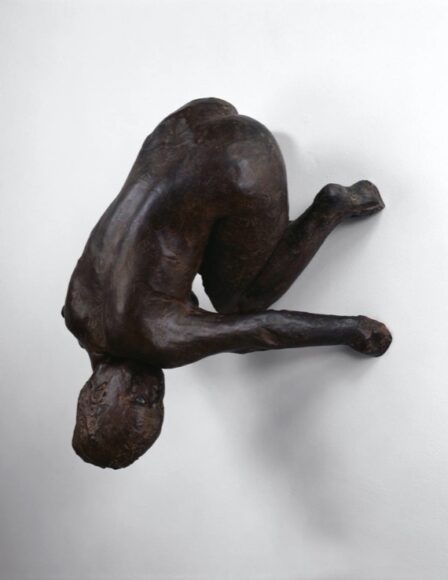 The desire section deals with feminine sexual power and the role played by females in the “downfall of man”. A tiny Roman cameo from about 200BC is said to be the oldest known representation of Adam and Eve being tempted by the snake. A nearby Roman Venus covering her sexual parts, in the pose known traditionally as the Venus pudica, may in fact be seeking to draw attention to them, explains one of the show’s determinedly revisionist captions.

It’s a cue for Beard to roar back on to the battlefield and draw our attention to Kiki Smith’s 1994 sculpture of Lilith, Adam’s first wife, who is shown naked and clinging to a wall in an upside-down position that obscures her private parts. “This is an image about transgression, about a woman putting two fingers up to male power,” Beard belts out, a tad naively. Trust me, Mary, somewhere in the world of masculine perversion there will be a dirty corner filled with blokes who dream of naked women hanging upside down in the Spider-Man pose.

Too much of the determined revisionism being unleashed here feels more like projection than scholarship. The often tortuous attempts to thrust feminist readings on to unruly ancient art makes this show feel shrill and preachy. Thank heavens it’s accompanied by an excellent catalogue that fills in most of the gaps.

At Hauser & Wirth, the Venezuelan artist Luchita Hurtado (1920-2020) rights some of these wrongs with a beautiful collection of paintings made after she moved to New Mexico and encountered the rituals and beliefs of the area’s Native Americans. Having trained as a surrealist in Mexico City, Hurtado was instinctively drawn to ideas of magic and transformation. What I like about her work, though, is its refusal to resort to any of the usual surrealist clichés — no chessboards, no women turning into cats. Instead she invents a new vein of surrealist imagery.

The show concentrates on a series called the Sky Skins in which Hurtado seems to be looking up at the bright blue New Mexico sky through a sequence of holes in the rock. The colour and light of the New Mexican landscape is immediately recognisable. But the evocative objects floating in these vivid blue heavens — feathers, butterflies — relate to Native American rituals whose mystery is uncrushable.

Hurtado described her upward views as things the dead might see through a hole in the coffin while lying underground. There’s a powerful darkness lurking beneath these pretty skies.

Feminine Power: The Divine to the Demonic is at the British Museum until Sep 25. Luchita Hurtado is at Hauser & Wirth, London W1, until Jul 30