The news that Sonia Boyce, 60, has won the Golden Lion for the best pavilion at the Venice Biennale — the first British artist to do so since Richard Hamilton in 1993 — isn’t just exciting; it is mildly surprising.

The award usually goes to big and showy art — art that muscles out the opposition in the frenzy and chaos of Venice. Conflict isn’t Boyce’s thing: she makes work that is welcoming and warm, enveloping and inclusive. Sometimes you can hit a nail on the head without a desire to bang something.

“It’s quite a noisy show, “ Boyce says, smiling. “It brings joy but I also want people to feel emotionally connected to the work. After the past two years, we need something that’s going to inspire. They’re singing so hopefully.”

The recorded performances play in the videos in the British pavilion surrounded by an abstracted wallpaper that echoes and evokes their individual presences. Tanita Tikaram accompanies herself on the piano, improvising five songs in a moving session. Poppy Ajudha warbles and wails you to tears. 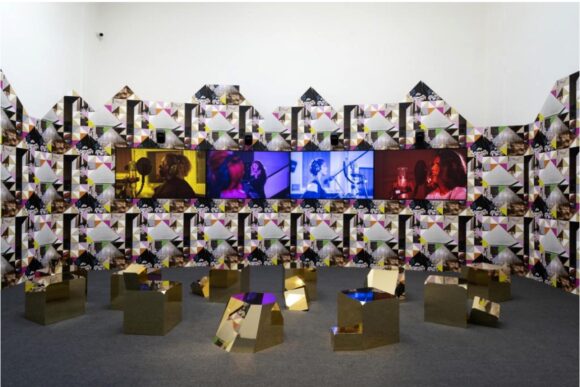 All this was inspired by a collection of memorabilia on black female singers in Britain, the Devotional project, assembled by Boyce over many years. A selection from it features records, CDs and promotional photographs, forming a tone-setting archive, full of faded memories, which sits at the centre of the music.

In 1984 I included Boyce in a show I curated when I was asked to organise a selection of paintings and drawings for the Nicola Jacobs Gallery in London. At the time Boyce was producing vulnerable self-portraits in which she cast herself as a wide-eyed little black girl gazing sadly into the future. The picture in our show, called Big Women’s Talk, showed her leaning on her mother’s lap, listening dreamily to the adult conversation taking place above and around her — a warm and thoughtful image. 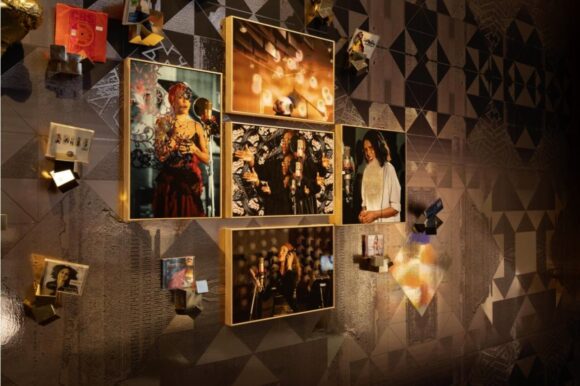 After that I lost sight of her for a time. Meanwhile she transformed herself into a multimedia artist with a series of prominent contributions and collaborations, mainly on the subject of black identity. She began to force her way back into the national consciousness. Now, quietly, Boyce has turned herself into one of the big women who is doing the talking.