How the spirit of the 18th century lives on in cinema 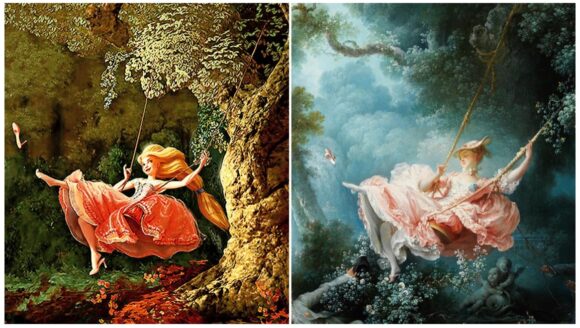 Modern curation is usually a case of following trends, not setting them. But occasionally an exhibition turns up that is so inventive, so different, you did not see it coming. Exactly such a show is Inspiring Walt Disney at the Wallace Collection.

Those readers who have forgotten what the Wallace Collection is like, or the tragic few who have never been there, will be at a disadvantage. To savour the outrage properly you need to know that this is one of the most refined art locations in Britain; that important paintings by Titian, Rubens, Rembrandt, Velázquez, Watteau and Goya hang here. Basically, it is not a Disney sort of place. At least that is what I used to believe. I was wrong.

What I did not formerly appreciate was that Walt Disney himself was a Francophile and that his early visits to Paris played a seminal role in the creation of the first Disney cartoons. Indeed, the spirit of the French rococo was critical to the entire enterprise of animation. Who would have thought it?

Underpinning these Disney revelations are some serious scholarly ambitions. Before we come to them, let us savour some of the ooooh moments. Right at the start we see a scene from The China Shop, one of the series of animated shorts called Silly Symphonies produced by Disney in 1929-39. It’s the one about “Ye Olde China Shop” run by an old boy who goes home at night not knowing that the moment he locks the door everything in his shop springs to life. In particular, an elegant china couple start to dance around the crockery to the music of Mozart. 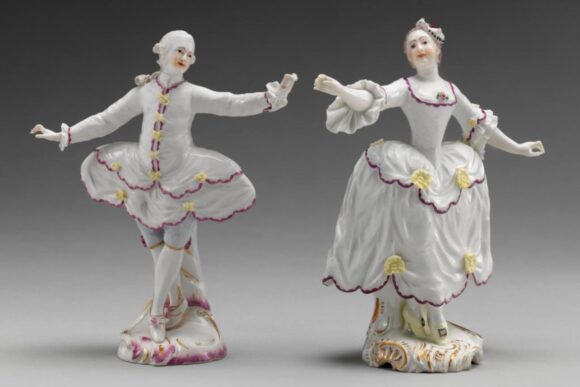 It’s an exquisite piece of animation. And next to it in the show are the two rococo figurines of dancers that inspired it — made in 1758 by the Höchst Manufactory in Germany. The juxtaposition of cartoon and ceramic makes you notice various things. One of them is how much animation and movement there already is in the Hochst figurines. Disney didn’t just borrow their outfits, he borrowed their spirit too.

A little later we get to Cinderella, made in 1950. The story came from one of the French books Disney brought back to Hollywood from his Grand Tour of Europe in 1935. The key moment comes when the shabby kitchen urchin turns into a radiant princess. To achieve it took an extraordinary amount of inventive animation.

The Wallace show fills an entire wall with the 24 hand-drawn Disney cells needed to achieve one second of Cinderella’s miraculous transformation. The rococo origins of the story, its Marie Antoinette moods, become fiercely tangible.

This is how things progress here. Delightful Disney moments are illuminated by rococo art from the Wallace and by the pervasive spirit of 18th-century Europe. And to prove that these are au courant issues, too, that this is a show for today, there is a particular focus here on the female artists who worked in Hollywood. The entire mood of Cinderella was the achievement of Mary Blair, a Disney stalwart who began working for Walt in the 1940s.

Another thing you learn is how much thought went into creating every single Disney moment. It’s not just the huge number of drawings needed to make a sequence. Long before a project reached the sequence stage, all sorts of rococo homework had to be done.

Fragonard’s naughty masterpiece The Swing — another of the Wallace’s key possessions — hangs at the centre of the show because a sequence derived from it was originally going to set the scene for Beauty and the Beast. In the end Disney went for a different opening, but not before a lengthy effort had been made to transform Fragonard’s rococo moment into a Beauty and the Beast moment. The work wasn’t wasted. The girl on the swing finally made a cameo appearance in Frozen. 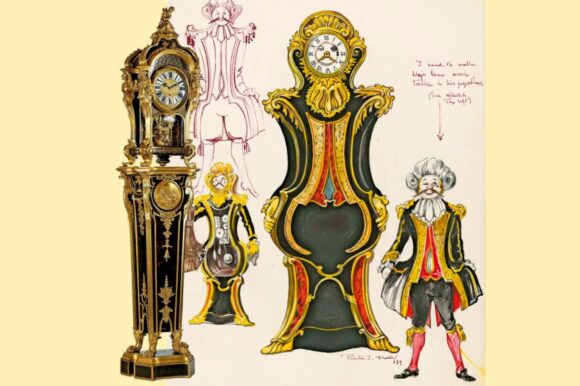 Disney buffs will no doubt find the pretty drawings that prove all this and the big helpings of background information fascinating. But for me the big takeaway is not the light the show shines on Disney, but the way it prompts a new understanding of the decorative arts of the rococo period.

What Disney seems to have realised instinctively is that rococo furniture is in itself fiercely animated and full of delightful transformations. When a Disney table starts to dance or a teapot starts to sing it’s because French rococo tables do, indeed, appear ready to dance and French rococo teapots do, indeed, have an operatic presence.

The show ends with a choice selection of rococo furnishings from the Wallace Collection. There’s a superb André-Charles Boulle pedestal clock from about 1720, inlaid with brass, tortoiseshell and gilt bronze. I must have walked past it a hundred times without noticing it. Here, I found myself peering excitedly into its workings to see the gilt bronze fire burning behind its pendulum and to admire the movement of the mythical figures around its edges.

Thank you, Walt Disney, for helping us to see rococo art properly.