He probably wasn’t Jack the Ripper, but he certainly tore up the rule book with art that is murky in every way 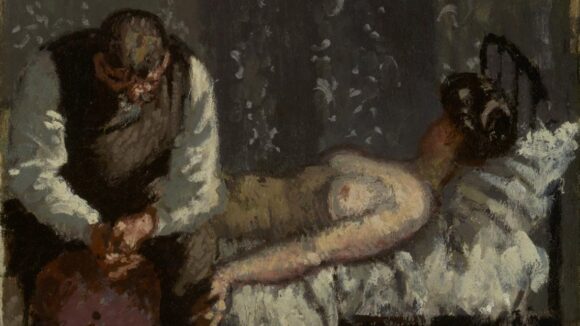 Like many of the best British artists, Walter Sickert was a foreigner. Born in Munich in 1860, he moved to Bedford when he was eight and spent the rest of his career on this sceptred isle not quite fitting in. As with Bacon, Freud, Auerbach and Rego, he was one thing when he arrived, England was another thing, and the chemical reaction between the two produced a path that was different. This edgy, fidgety, elusive trajectory is now being examined by Tate Britain.

It’s the biggest Sickert survey yet mounted and begins with self-portraits. Most self-portraits have a sense of “this is me” about them. Sickert’s are more “where’s Walter?” None of the dozen or so images of himself that kick off this flickery journey feels fully in focus.

A favourite trick is to show his reflection in a mirror so you’re never sure where he’s standing. As a young man he looks up at us through his hair. In middle age he stares sideways at us from the shadows. Everywhere in his art the elusive Sickert seems to lurk. It’s one of the reasons why he has been suspected so seriously of being Jack the Ripper. 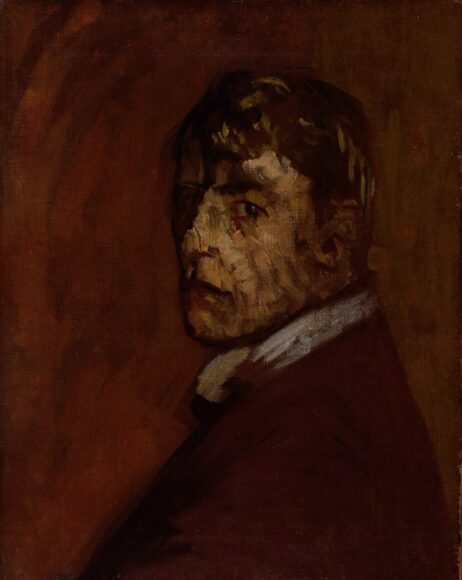 His original hope was to be an actor — he managed to tour with the two most celebrated thespians of his era, Sir Henry Irving and Ellen Terry — but he never progressed beyond the bit parts and in 1881 took up art instead. Not that the role-playing ceased entirely.

The artists who influenced him are included — a smart and useful idea — beginning with some street scenes by the twilit impressionist Whistler, in whose studio Sickert studied. Whistler’s ambition was to say a lot with a little. It’s an approach that Sickert quickly adopted. A series of nondescript shopfronts in Dieppe try to capture what the Japanese call wabi-sabi — the transient, shabby charm of objects made sad by time.

These plain Jane shopfronts are so dark they are genuinely difficult to see. When I went, the visitor in front complained it was like going round a show in sunglasses. But these are still pre-electric days in the modern high street. One of Sickert’s more tangible achievements was to be an eloquent witness to the great urban switchover from twilight to brightness: from gas to electricity. 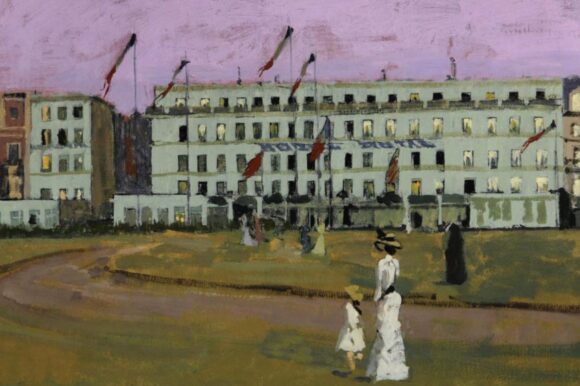 A sequence of music hall interiors — introduced by a dazzling theatre scene by his next mentor, Degas — has him lurking in the audience, staring up at the female stars as they warble sad little songs about absent love and scarpered London happiness. Later he turns round and looks up at the baying blokes in the gallery, who have come to the music hall for a predatory gawp.

As art it feels voyeuristic and mildly creepy. The captions try to direct our attention to respectable art issues such as the recording of nocturnal light effects, but there’s definitely something dark skulking in the shadows of Sickert’s nightly visits to the music hall. It doesn’t disappear when he mimics Whistler and starts making regular trips to Venice. Others go to Venice to paint the water. Sickert goes to paint the prostitutes, arranging them on melancholy couches and choosing loaded moments when the shutters are closed and the afternoon sun sneaks in through the cracks. 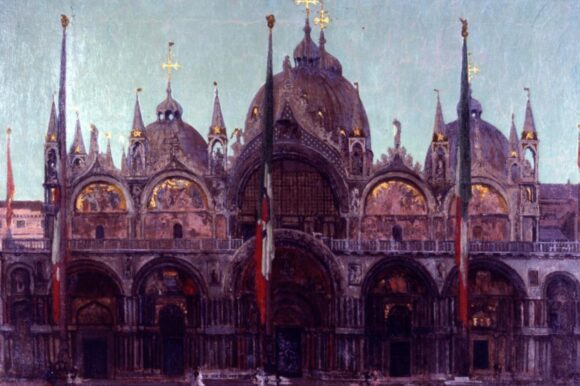 The Venice scenes give way to a batch of curious portraits in which his unbreakable unconventionality has him painting gloomy faces with down-at-heel browns, beiges and blacks that make you want to press the sharpness filter on your iPhone. His portraits of other people seem always to tell you more about him than they do about them.

All this is interesting. But there’s a sense of tease about it, too, a feeling that the curators are deliberately making us wait for the most notorious stretch of his output: the paintings known as The Camden Town Murder.

Between 1908 and 1910 he painted a series of unsettling depictions of naked women contorted on iron bedsteads in scruffy rooms. Sometimes there is also a man in the picture. The women are sex workers, the men are clients. Or so we invariably assume. 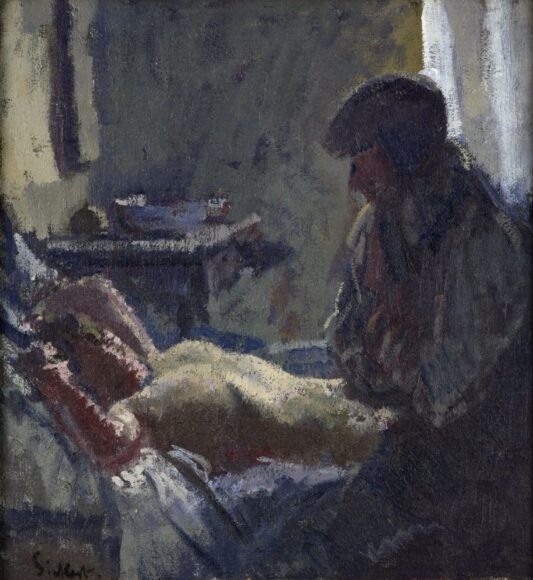 It was the artist who entitled the first of these darkly atmospheric scenes The Camden Town Murder. He was referring to a notorious London killing of 1907 in which an artist called Robert Wood was accused of hacking to death the prostitute Emily Dimmock. The Ripper nonsense directed at Sickert by the crime novelist Patricia Cornwell stems chiefly from the circumstantial evidence provided by these spooky scenes of sad afternoon sex.

As art it is pioneering and brilliant. One of its chief joys is the skilled depiction of a weak afternoon sun trespassing through the curtains and falling in patches on naked human flesh. It reeks of insider knowledge. The atmospheres recorded by Sickert are too authentic to be imaginary.

The final room shows him turning his back on artistic propriety in another fashion by painting proto-pop art images based on black-and-white photographs from newspapers. Edward VIII in military gear steps towards us with a sheepish look; we don’t know the crime, but we sense the guilt. The dance troupe the Tiller Girls kick their legs in the air and smile in toothy unison as the viewpoint forces us to upskirt them.

Sickert had the devil in him all right. He died in 1942. And not once in the restless 60-year career examined here did he take his foot off the pedal of reinvention.