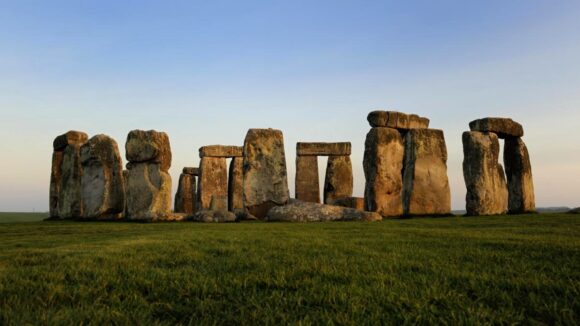 When we think of Stonehenge we think of something solid and mighty, don’t we? The great circle of prehistoric stones, sitting in the middle of the Salisbury Plain like the world’s largest paperweight, seems to anchor the fluttering pages of British history and ensure that the wind can’t take them. If you trace the British origin myth back to its beginning you get to Stonehenge, don’t you?

Well no, actually, you don’t, not according to an extraordinary and fascinating show that has arrived at the British Museum in which the solidity of the stones and their place in British history is given a right old shaking. So unsolid is the notion of Stonehenge presented here that the display does not even contain a model of the great stone ring — which must be an exhibition first!

We commence, instead, in a Britain that doesn’t exist. Not as an island at least, because it is still connected to continental Europe by Doggerland, the huge expanse of habitable terrain that is now the North Sea and which was finally submerged in about 6000BC by the melting waters of the last ice age. Stonehenge Britain, when we first encounter it, was an extension of contemporary Denmark on one of its edges and of contemporary Belgium on the other.

The people who were here then were European hunter-gatherers, nomadic groups who lived by what they could kill and forage, and who have left behind exciting evidence of their oneness with nature. A show-stopping display case filled with bones and horns would once have constituted the costume of a female shaman. This special woman, born, on the evidence of her skeleton, with a physical deformity that affected her sight, could travel to the other world in her animal get-up and affect the fortunes of her community.

Few in number, the hunter-gatherers left a mark on the land that was respectful and paper thin. Salisbury Plain was still wooded at the time, but there must always have been something special about the Stonehenge site because even the hunter-gatherers buried their dead here. However, it was the next wave of emigrants, the farmers arriving from continental Europe after Britain finally became an island, from about 5000BC, who began felling the trees and building the Stonehenge that we know.

It took 1,500 years and involved many stages. In its first incarnation Stonehenge was a necropolis, a circular ditch for cremated bodies. The famous bluestones that form an irregular ring at the centre of the henge were brought five centuries later from a quarry in Wales, a miracle of prehistoric transport for which no solid explanation has yet been proposed. A thousand years after that the process began of encircling the bluestones with the mighty perimeter of sarsens that we now see.

At the heart of this extraordinary development — stone circles recur in Europe, but nothing with the heft and intricacy of Stonehenge was built elsewhere — lay the sun. As everyone from the Druids upwards now knows, the stones at Stonehenge are arranged in accord with the winter and summer solstices. As far as its prehistoric inhabitants were concerned, Britain’s position on the extreme west of the continent, where the setting sun casts the longest shadows, gave it a special potency. 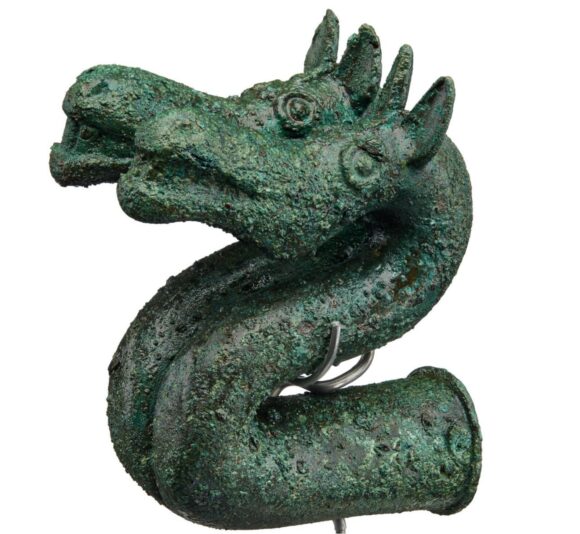 The sun isn’t only a bringer of crops and an enabler of the seasons, though. It is also that rarest of shapes in the prehistoric world — a perfect circle. All through the show, on carved stones, on inscribed tablets, on totemic bone amulets found next to prehistoric walkways, we see the magic of the circle — the geometry of Stonehenge — being called down and memorialised.

Having eradicated the hunter-gatherers, the migrated European farmers who felled the forests, carved up the land into private possessions, and built Stonehenge, were themselves eradicated by a new wave of invaders — the metal men of the Bronze Age. They are the ones responsible for the sudden appearance here of dizzy-making quantities of gold. Especially impressive — it blasts your eyes out! — is a golden cape from Wales, which covered the entire back and shoulders of some inordinately fortunate Bronze Age worthy.

Gold, which the Incas would later describe as “the sweat of the Sun”, was a portable solar stand-in. The show argues that it took the place of the great stone monuments with which the farmer folk had previously expressed their relationship to the sun. Instead the Bronze Agers made the sun and its properties transportable. By doing so, they ushered in a world of possession, piracy, conquest and war, which we are prompted to imagine is still the world we live in today. 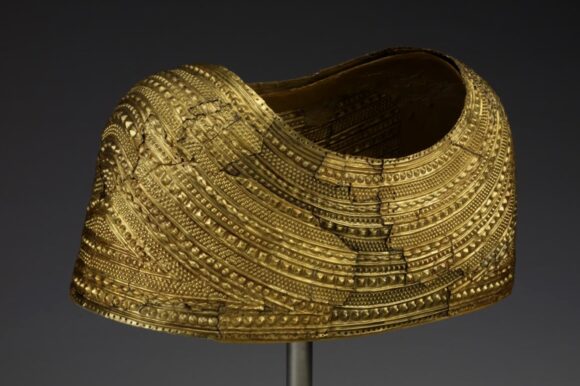 It’s a great story, atmospherically told with copious artefacts, a bit of son et lumière and some helpful wall texts. The wonders of the sphere are recurrently banged home. A nuanced picture of change and population movement is put forward to replace the old idea of Stonehenge as a single monument to British prehistory. The sun and the circle are returned to their ancient position at the centre of a global understanding that has nature at its core.

So it’s as much a piece of wishful thinking, perhaps, as a display of cutting-edge scholarship. The past is being called upon too readily, perhaps, to illuminate the present. But the results feel fresh and they are certainly thought-provoking.