Good exhibitions are, of course, rare in art. But even rarer — the rarest thing of all on the art trail — is a useful exhibition: a show with a purpose.

London Grads Now is such a show. It sprang up out of nowhere last year, as a direct response to Covid, and is back on its own anniversary to continue its useful work. What it displays are the offerings of MA graduates at London’s art colleges, the students who are about to leave the shelter of academe and float their boats on the Sargasso Sea of the art world. Most will never be heard of again. A few may bob around for a while. One in a million will make it to the other side. 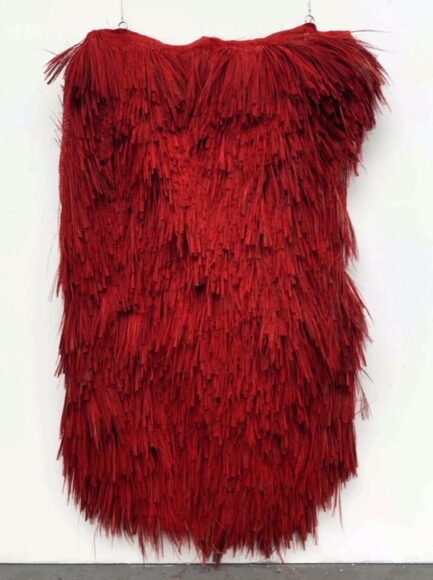 The exhibition was invented as a replacement for all the graduate shows wiped out by Covid. Graduate shows are the arrival station towards which every art student journeys; a chance to show your work in public at last. They mean so much. But Covid took away this rightful ending, and the Saatchi Gallery deserves lots of praise for stepping in and providing another route. 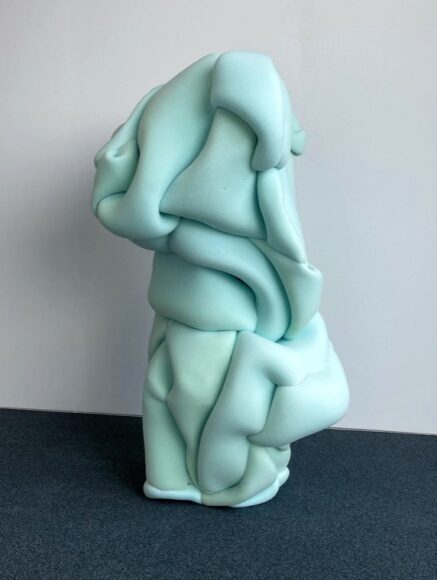 So that’s why the show is useful to students. For us, however, it helps because it reveals what’s going on in the minds of the new bloods. Students are sponges. They soak up everything in the ether. Instead of stomping around the art schools to see what’s happening in contemporary art, we get this handy up-sum at one event. 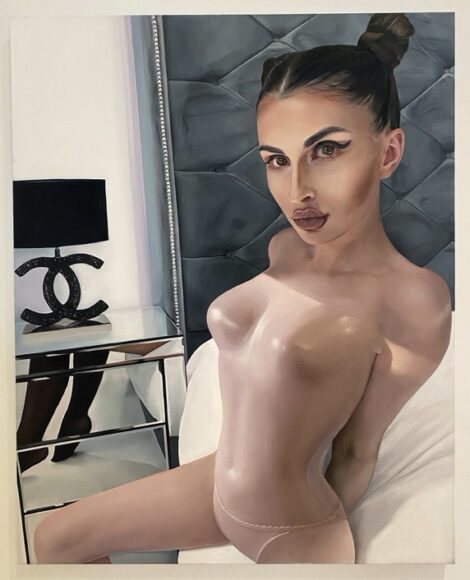 Two hundred students. Two hundred and fifty works. Seven art colleges. So much to gaze at and ponder. To give it all extra poignancy, Covid has far from retreated from the battlefront, and while it did not eradicate the graduate shows entirely this year, its toxic presence continues to influence much of the art on display. 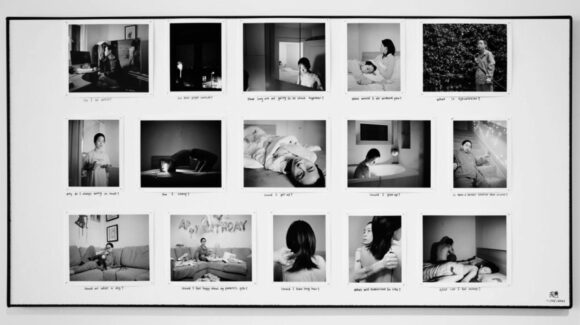 Sometimes it’s obvious, as with Ning Zhou’s vulnerable black-and-white photo-diary (Royal College of Art) in which the artist charts her locked-up bedsit life — “Am I going crazy?”, “What will tomorrow be like?” Or Mellita Nemeth’s Night Bathers 3 (Camberwell College of Arts), a lazy, hazy painting of a female figure taking a warm bath in scented water, which the caption tells us is an artwork with ambitions to soothe and placate the worried pandemic brow. 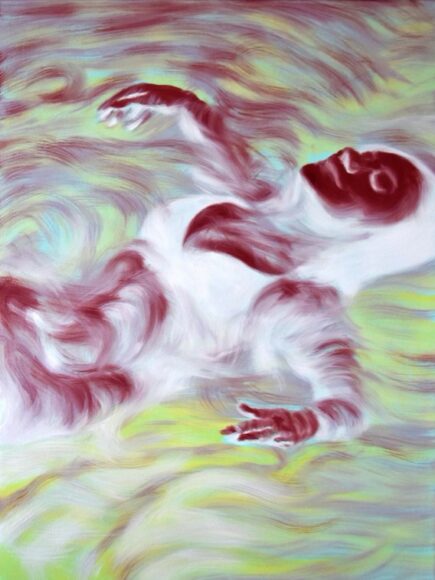 More often Covid forms an unseen background here, like a persistent cough that can’t be shaken off. You see it in a recurring fascination with blobby, growthy, science-lab shapes that keep popping up in paintings and sculptures. In another epoch these recurring biomorphs might be mistaken for displays of surrealism. Here they seem to speak of a mistrust of solid surfaces and a taste for viscera. 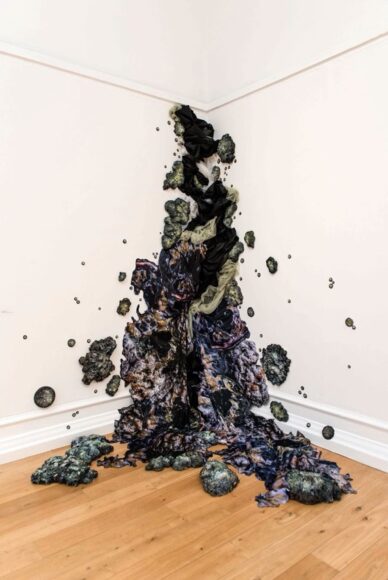 Victoria Rotaru (Camberwell) gives us what looks like a giant outbreak of mould in the corner of the gallery. It turns out to be made of blobby close-ups of her own skin. John Sachpazis (Camberwell) has an assortment of mutated body parts on a stick. Skin, hair, flesh — none of it in the right place. While Emma Liau (Chelsea College of Arts) unveils a bulging blue figurette in whom all the arms and legs appear to be wrestling each other. 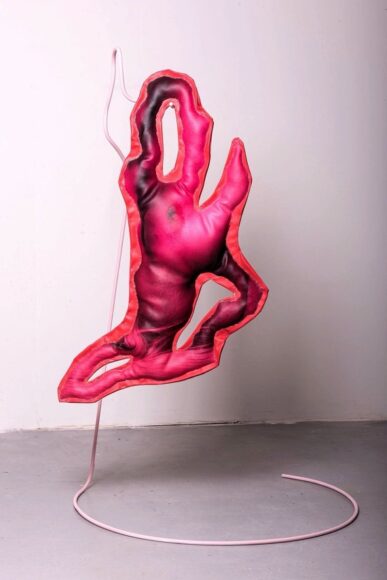 Another Covid legacy is the recurrence of homemade moods; a sense of things being made on the kitchen table rather than at art school. There’s lots of knitting, sewing, weaving and patching together. I liked Sophie Giller’s quilted blanket for a grand piano (Royal College) because the piano shape of the final work seems to make something musical of the bright blanket colours. But textile art can be doomy too, as Melania Toma (Chelsea) makes obvious with her thickly knitted monster goddesses, and Hoa Dung Clerget (Royal College) reiterates with a spooky red wall-witch created from Vietnamese broom bristles. 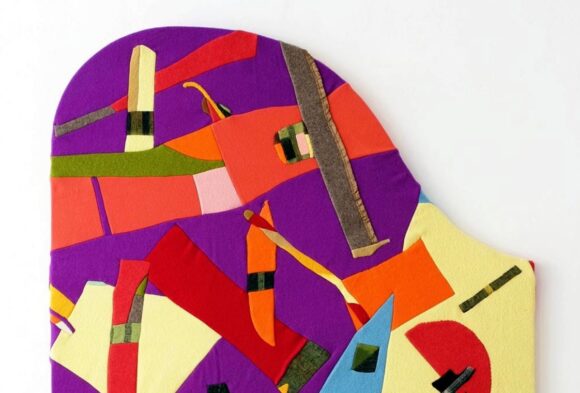 Something else the lockdown clearly prompted was yet more of those interminable identity struggles that have characterised the art of our times. With so many artists arriving in London from elsewhere there’s plenty of anxious asking “Who am I really?” and a recurring remembrance of mums, grandmothers and foreign lands.

Victoria Cantons (Slade School of Art) presents a huge four-part picture in which poetic snatches from her notebooks emerge from behind giant red roses painted in memory of her mother. Nisa Khan (Chelsea) forces herself into the storyline much less sensitively in From Rags to Bitches to Riches, a mock Hindi movie poster in which the furiously posing Khan plays all the roles in what feels like a loud Indian version of Hogarth’s moralistic masterpiece A Harlot’s Progress. 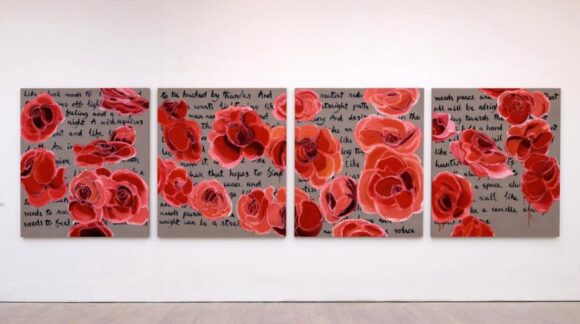 There’s a pleasing sense here of many styles, methods and materials coexisting happily. Gone are the days when painting was anathema, when video art was right and everything else was wrong, when abstraction was at war with figuration. 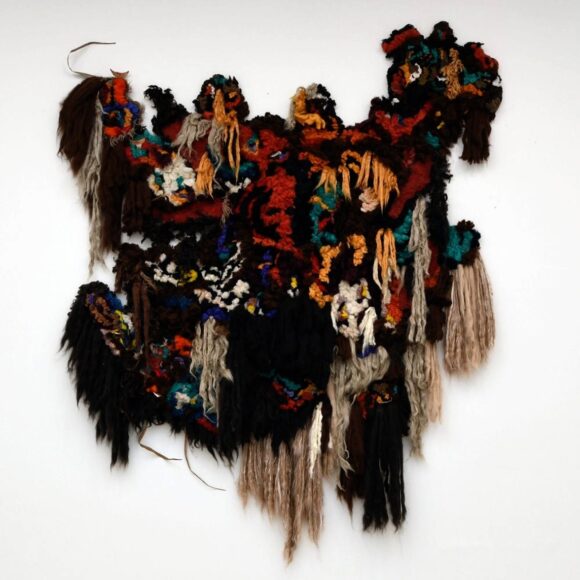 The up-to-the-minute news from the art schools could not be more different from the furious chest-poking at this year’s Turner prize with its pumped-up nonsensical claims that the best work is being done by collectives. Art school creativity today goes where it fancies and acknowledges no artificial barriers.

This open mood has prompted a crop of good work. But will anyone make it to the other side of the Sargasso Sea? 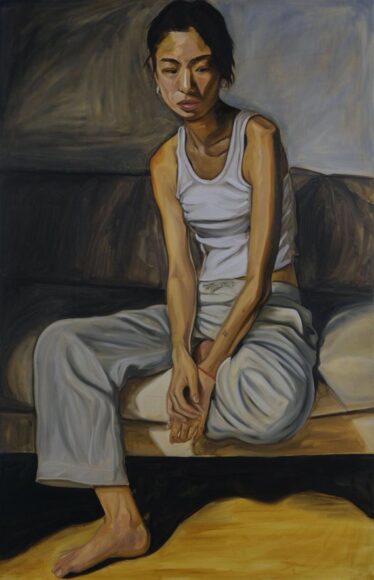 There are, I think, two contenders. Tom White (Camberwell), whose painting of a thin Asian girl sitting on a bed is a notably sensitive bit of urchin portraiture. And Mia Faithfull (Royal College), whose showy self-portrait as an android love object in a plush boudoir seems to have been painted entirely with Essence of Instagram.

London Grads Now is at the Saatchi Gallery, London SW3, until Jan 16