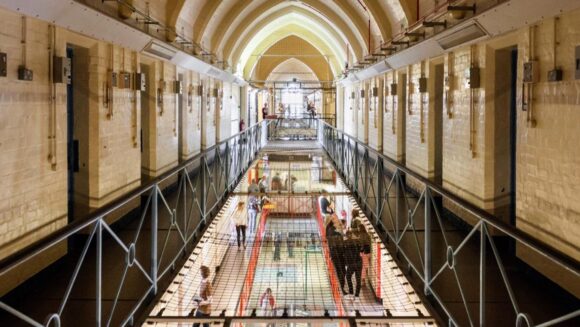 Initially it was just a rumour, a barely audible whisper. Then the whisper turned into a rumble in which you could make out the words “. . . secret investor . . . wants to save . . . Reading jail”. Then the rumble turned into a roar that could be heard all the way down the M4 to Ealing. That’s when it reached me.

According to the roar, a wealthy secret investor has waded into the campaign to turn Reading jail into an arts centre rather than a block of flats. And this investor is prepared to pump millions of kerchings into the coffers of the Ministry of Justice to seal the deal. Yippee, screamed all us supporters of the plan. After lots of toing and froing, we’d given up hope. Who, however, in Oscar Wilde’s name, was the secret investor? I had my suspicions. On went the gumshoes, and off I sneaked.

First, though, some background. Some of which is personal. I used to walk past Reading jail every weekend. On Saturdays, to go to Polish school. On Sundays, to go to Mass. My stepfather played the organ at St James’s Catholic church, next to the jail, where Reading’s Polish community took its weekly communion. Later I discovered that the church was designed by Augustus Pugin, architect of the Houses of Parliament, Big Ben et al. I really should have admired it more actively. 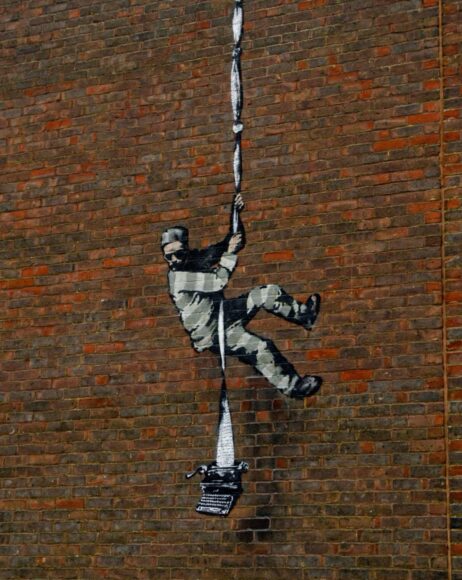 It’s the same with the jail. In those days I knew nothing about Wilde and his cruel locking up for homosexuality that marked such a dark moment in the social history of Britain. To me, the jail, with its castellated Arthurian walls and looming gothic doorway, looked more like a medieval castle than a grim correctional facility.

Occasionally a small door at the bottom of the big door would creak open and out would stumble a shifty-looking unfortunate in a mac. Prisoner or visitor? I never hung around long enough to find out. Off I scarpered as quickly as my little Januszczak legs would carry me to the nearby bosom of St James’s.

It wasn’t until 2016 that I plucked up the courage to go inside and give my home-town prison a twirl. By then it had long since closed down — the last inmate was kicked out in 2013 — and ye olde castellated walls had been replaced by a featureless rampart of modern bricks.

The art organisation Artangel had fixed it for the jail to be opened to the public for the first time and various commemorative events took place to honour the prison’s most famous victim. Rupert Everett read from Wilde in the prison chapel. Patti Smith read De Profundis, his famous prison letter to Lord Alfred “Bosie” Douglas, lover and betrayer. And you could sit in the very cell in which Wilde had been locked up and hear his ghost whispering painful memories of Reading jail in your ear: “I never saw sad men who looked/ With such a wistful eye/ Upon that little tent of blue/ We prisoners called the sky . . .”

It was a moving experience. And somebody else at the event must have been struck by its possibilities because in 2019, when the prison was put up for sale by its owners, the Ministry of Justice, the local council came up with a wonderful proposal to turn the unwanted correctional complex into an arts hub: a new cultural space with a gallery, a performance area, a cinema. Exactly what the town needed. 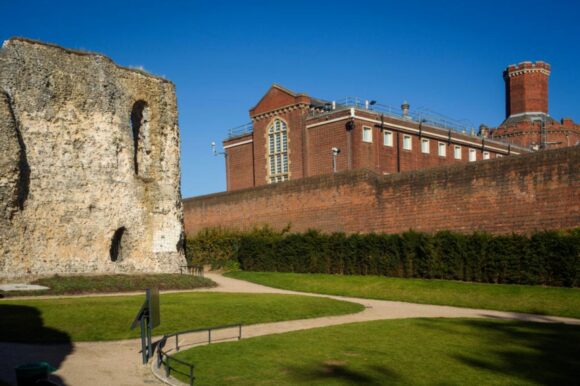 The council put in a decent bid of £2.6 million and if the course of civic common sense had run as true as a Roman road — the town was actually named after later inhabitants, an Anglo-Saxon tribe called the Readingas — that would have been that. But it doesn’t.

Instead of a quick decision, the MoJ entered into a spiral of bungling of the sort that the Reading-born Ricky Gervais might have enjoyed plotting in an episode of The Office. First it sold it to a developer. Then the developer pulled out because there were too many hoops to jump through. So the MoJ put it on the market again. And the council upped its offer. But it was deemed insufficient. Everything looked bleak . . . Until the whispers started up about the secret investor.

The original name I heard being bandied about was the Duchess of Cambridge, who was born in the Royal Berkshire Hospital in Reading. Her interest, said the rumours, was prompted by the historic connections that bind Reading to the royal family. Henry I, son of William the Conqueror, is buried underneath Reading jail. It was Henry who founded Reading Abbey, the great Benedictine monastery that was razed to the ground by Henry VIII and whose colossal ruins abut the prison.

Gervais was another candidate. Although he likes to keep quiet about his Reading birthright, the rumours had him down as a secret sentimentalist, exactly the kind of surprising benefactor the situation demanded.

And then there was Banksy, the outlaw graffiti artist, who had already done his bit for the arts centre cause by scaling the prison walls last year and painting a prisoner escaping down a knotted sheet holding a typewriter. Today the painting is protected with thick sheets of Perspex as it inventively remembers Wilde on the grimly walled exterior of Reading jail.

So yes, Banksy had to be the chief suspect. The money would not be a problem. His art fetches spectacular sums at auction. But would the MoJ do the right thing — the royal thing — and finally agree to giving Reading the arts centre it so blatantly deserves? That, indeed, is the question.

Wilde was imprisoned in Reading jail from 1895 to 1897 for gross indecency after his affair with Lord Alfred Douglas was exposed. In prison he wrote De Profundis, his celebrated letter to Douglas, and later recalled the incarceration in The Ballad of Reading Gaol.

The former world boxing champion spent two weeks in Reading jail in 2009. It was there that he decided to get serious about boxing. “When I got bailed, I started learning how to box and lift weights because I thought, ‘I’m going to do a long sentence, I need to back myself.’”

Dubbed “the ogress of Reading”, Dyer would offer to look after unwanted babies for money, then kill them to make space for more. She was possibly the most prolific serial killer in history, rumoured to have strangled 400 children over 30 years. Dyer was in prison at the same time as Wilde.