He was a jingoistic loudmouth — so why has Tate Britain spoiled a fabulous exhibition with fantasy readings of his intentions?

My initial reaction to hearing that Tate Britain’s big new Hogarth show was going to be called Hogarth and Europewas entirely positive. The one thing everybody knows about Hogarth is that he was a loud 18th-century voice raised against “foreigners” and especially the foreign artists from Europe who were “coming over here and taking our jobs”. In modern parlance, he was a prototypical Brexit voter. Hogarth and Europe sounded as if it were going to tackle these issues head on and provide a thoughtful and nuanced response to them.

Silly me. This is Tate Britain we are talking about, where they don’t do thoughtful or nuanced. Rather, they are British gallery leaders in cocking things up. And with their Hogarth show they have cocked it up, royally.

We’ll come to the various ways they have done that in a moment. First, though, the good things that are here and some solid reasons why this remains an exhibition everyone should visit.

The good news can be boiled down to one word: loans. Gathered from the distant corners of America, from secretive private collections and various far-flung British locations, this cornucopia of more than 60 Hogarths is the most complete selection of his art I have ever seen or ever will see. From the strikingly confident Miss Mary Edwards in her startling red dress (borrowed from the Frick Collection in New York) to the wild and action-packed Southwark Fair (borrowed from Cincinnatti Art Museum), where everything that was wrong with 18th-century British society is shown going wrong simultaneously, there is so much here that we cannot usually see. 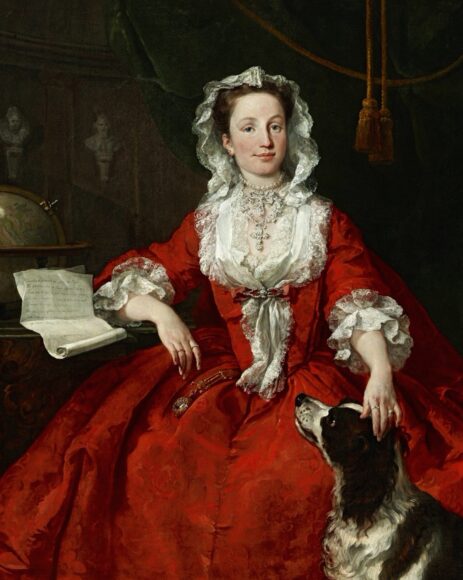 Usually, for reasons of availability and location, Hogarth exhibitions focus on his works in series, such as The Rake’s Progress or Marriage A-la-Mode, tales of 18th-century moral decay told in six or eight continuous scenes in his pioneering comic book format. The present show has those in it as well, but what is different here is the opportunity to view them alongside so many unfamiliar single Hogarths, pictures that expand and redirect our sense of his output.

Most obviously the final room, filled generously with portraits of friends, family and patrons, makes immediately evident what a nonsense it is to view him as more of a satirist than a painter. The loving and lovely portraits of his sisters, Anne and Mary (borrowed from Yale), or the bluff George Arnold Esq (from the Fitzwilliam in Cambridge) are wonderfully fresh and earthy examples of a British approach to portraiture in which truth is the aim, not glamour. Hogarth is reinventing a genre.

All this is uplifting news. But you may now be thinking: what has any of it got to do with Europe? Good question.

Among the impressive loans here is an assortment of work by Hogarth’s European contemporaries: Pietro Longhi and Antonio Guardi from Venice; Cornelis Troost from Holland; Étienne Jeaurat from Paris. All of them painted scenes of everyday life, sometimes with a satirical twist to them. Longhi shows us a quack Venetian dentist waving about a tooth he has extracted like a magician who has pulled a rabbit out of a hat. Guardi takes us inside a Venetian casino where masked gamblers shuffle about mysteriously in the flickering half-light of Venice’s decadence.

So the pictures are here. What’s missing is a sense of why they made the journey. Structurally this event is a mess. We start with portraits of Hogarth, then jump to maps of Europe, then jump again to scenes of men drinking too much, then lurch back in time to Watteau and his Concert Champêtre, before eventually arriving at the superb concluding portraits. 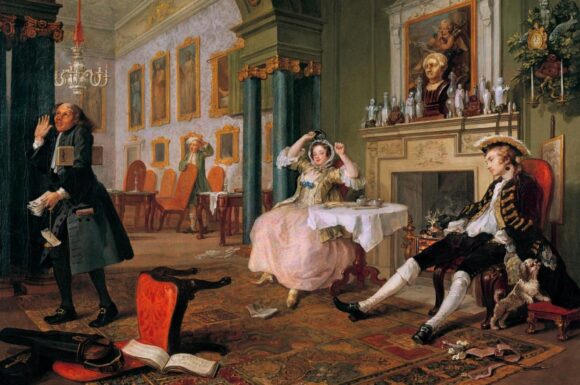 Thus we dart from highlight to highlight with the clarity of purpose of a ten-year-old driving Lewis Hamilton’s car. The blundering display seems mostly to be involved in a giant game of snap, where everyday scenes from one nation are shown alongside everyday scenes from another nation in the hope it adds up to a thesis. It doesn’t. Frankly, the loans are too good for the show they find themselves in.

So that’s one problem. Another is the collapse here of useful scholarship and its replacement by wokeish drivel. Caption after caption wastes precious explanatory space on à la mode speculations about Hogarth’s intentions that are thunderously unreliable.

Thus the wonderfully sarky portrait of Sir Francis Dashwood, the founder of the Hellfire Club and a prominent 18th-century libertine, dressed as a friar praying to a female nude, is explained with the information that “men like Dashwood enjoy impersonating other powerful white men and flouting conventional morality with impunity”. What the caption fails to mention is that “the powerful white man” that Dashwood is impersonating is specifically St Francis of Assisi, who was regularly shown in this exact pose and surely doesn’t deserve to be lumped in so casually with the base blokery of 18th-century society.

Alongside a self-portrait in which Hogarth shows himself sitting in a mahogany chair, the caption asks: “Could the chair also stand in for all those unnamed black and brown people enabling the society that supports his vigorous creativity?” Yes, I suppose it could. But trust me, Tate curators, that was not the intention.

What’s definitely true is that Hogarth’s pictures, especially the moralising ones, are full of intricate symbolic detail that requires sophisticated unravelling. His social attitudes are certainly in need of scrutiny. He was jingoistic, misanthropic and occasionally cruel. But by wasting all this caption space on fantasy readings rather than reliable scholarly information, this vain and egotistical event tells us far more about us than it does about him.