Plus, an encounter with survivors of the Waco siege brought about a revelation 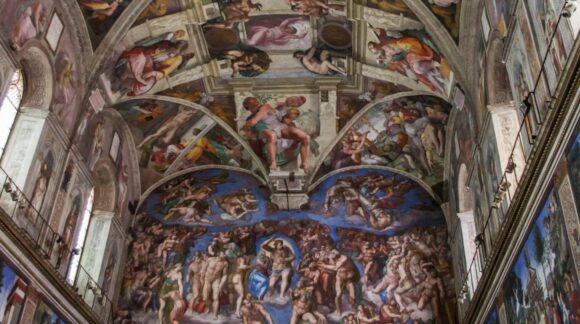 There are three words that will frighten any half-decent art historian: the Sistine ceiling. They’re scary for a wad of reasons. It’s so famous. It’s so big. It has influenced so many people. So many have seen it. So many have written about it. Like a teabag from which nine cups have already been wrung, no one wants to try for a tenth.

The unhappy result of this unmissable familiarity is that looking seriously at the ceiling is an activity that belongs in the past. Students today study the lost women painters of the Flemish baroque or German expressionist cinema of the 1930s. They do not study the most celebrated fresco of the Renaissance. Its most famous moments — especially the dangling fingers of Adam and God — are up there with the Mona Lisa in the hierarchy of art clichés. They plaster our souvenir aprons and our arty T-shirts but when it comes to examining their real meaning, we gave up long ago.

The Vatican hasn’t helped. The Sistine Chapel is one of art’s most productive cash cows. Millions of visitors queue for hours to be squashed like battery hens underneath it and to try, with a guaranteed failure rate, to feel something profound happening above them. In the circumstances in which we usually are forced to view it — I am, of course, talking pre-Covid here — it is impossible to be transfixed. Thus, one of the darkest, most loaded, most puzzling and creepiest creations in art hides before us, in plain sight.

Just like everyone else, I first saw the ceiling in unpropitious circumstances, which is to say on a typical Vatican visit. First, I queued for hours. Then I walked for miles. Then I tumbled down some unglamorous back stairs. Finally, I was thrust into a heaving mass of unhappy people and became one of them. If you spoke, a disembodied voice rolled over you demanding silence. If you took out a camera, the guards yelled at you. And all the time you are being pushed, elbowed, trodden on. “The Sistine ceiling . . . Pah!’ I sizzled when I finally got out of there.

A couple of years later I had a chance to go back. After centuries of candle-burning and atmospheric blackening, the ceiling had grown dark and sooty and needed to be restored. The money for the giant restoration was being supplied by, of all things, a Japanese television station. No one understood why. What was Japanese television getting out of it? I was sent to Rome to find out.

The motivation turned out to be mildly absurd and fully comic. The pope at the time, John Paul II, the Polish pope, was famous for his travelling. Crisscrossing the world in the search for forgotten Catholics, he had ended up in Tokyo at a posh reception hosted by Japanese television. Pressing spiritual flesh, here and there, he happened to mention his hopes for the Sistine ceiling. It had grown too dark and needed restoration but the costs were prohibitive.

In the audience was the man who ran NTV — an adventurous television station that was trying to muscle its way up the broadcasting ladder — and, more importantly, his wife. She came from a family of Japanese Catholics. This is no place to go into the grim history of Catholicism in Japan. It’s an unhappy story. The religion was banned. Its believers were persecuted. The circumstances hardened you and made you determined. 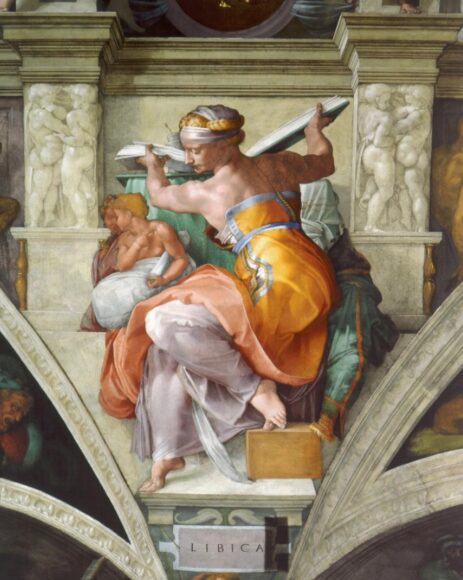 The wife began badgering her husband about paying for the restoration. After a few weeks of it he succumbed. And that’s how Japanese television got involved with the Sistine ceiling, and how I eventually found myself staring at it from a few inches away. Which is when I realised that the biggest of all questions about it had never been answered: what’s it all about?

At this point I need to detour. To somewhere even less likely than Tokyo. To Texas, and a tiny settlement called Axtell, about 15 miles northeast of Waco. Waco you’ve probably heard of.

In 1993, between February and April, the FBI surrounded a compound in Axtell and tried to starve out its occupants in an infamous confrontation that came to be known as the Waco siege. Inside the compound were a couple of hundred members of a religious cult, led by a madman called David Koresh. Koresh had persuaded the cult that the end of the world was imminent and that they needed to arm themselves for the final battle. They began stockpiling guns, so many that it tipped off the ATF — the Bureau of Alcohol, Tobacco, Firearms and Explosives. It called in the FBI. Hence the siege.

For 51 days the Feds and the ATF talked to Koresh and tried to make him give up. But he didn’t. Eventually President Clinton agreed to send in the troops. They used tanks. They used tear gas. By the time the battle was over, 76 cultists, including 25 children, plus Koresh, were dead. Some were shot. Most were burnt alive in the fireball that ended the siege.

I got involved for a documentary because so many of the dead were British. The Waco deaths ranked among the biggest losses of British lives outside wartime. The cult, who called themselves the Branch Davidians, were a splinter group of the Seventh-day Adventists, a moderate Protestant denomination whose theology emphasised the Second Coming of Jesus, ie the End of the World.

To gather believers for his hardcore splinter group, Koresh had come to Britain in 1988 on a covert preaching tour and persuaded about 30 turncoat Adventists to join him in Waco. He was the Messiah. The Apocalypse was coming. They needed to be there.

When I got to Texas several years later, the Brits who hadn’t died at the siege were in prison, held on unpleasantly long terms. I couldn’t get to speak to any of them but I did speak to local survivors who lived in or near the burnt-out compound and who remembered everything in grim detail. Their testimonies were heartbreaking. The woman who lost four kids. The man who saw the children being burnt. You can hear them in the film I have made about the Sistine ceiling. Their memories turned out to be scarily relevant.

Back in Rome, inside the Sistine Chapel, the big restoration was in full swing. So I managed to get permission from the Vatican to go up on the scaffold, where I expected to find an army of unfortunate renovators, flat on their backs, dabbing away hopelessly at the huge expanse of fresco.

Michelangelo’s famous poem about the painting — “My skin hangs loose below me/ my spine’s all knotted from folding over itself/ I’m bent taut as a Syrian bow” — was written as a comic lament but five centuries of mistranslation had turned it into a sweaty truth. The presiding idea about the painting of the ceiling was that it was done in torturous circumstances, with poor Michelangelo suspended on his back, day after day, the paint drip, drip, dripping into his face.

In fact, there was loads of room up there. The NTV-funded restorers had reconstructed the scaffold exactly as Michelangelo had designed it — using the same holes that he used — and created a spacious platform on which to dab. The ceiling is slowly domed, not flat, so almost all the work could be done standing up. No need for bending. All you had to do was lean forward.

That was a revelation. So was the clear evidence — it was all around me — of how much fun this was to do. With Michelangelo’s quick hands darting this way and that, it was more Matisse than Renaissance art. So painting the fresco was not a descent into darkness. But something else was.

Up on the scaffold, the terrified faces of the prophets, who loom over you and ring the Sistine Chapel, become inescapable. Something really, really bad was happening to them.

When I got back down to ground level I walked the chapel the correct way — starting at the far end from the modern visitors’ entrance — and took it in how it is supposed to be taken in. I saw the petrified faces. I recognised the mood. I remembered Waco. And I knew. All I had to do was prove it.

The Michelangelo Code: Secrets of theSistine Chapel is on Sky Arts, Tuesday at 9pm