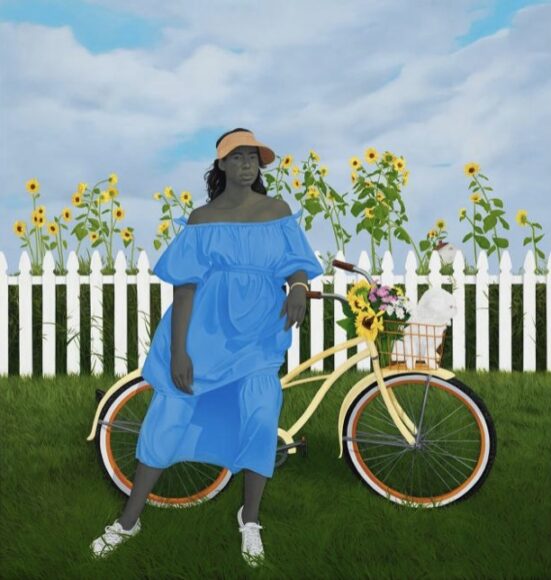 The other day on Start the Week, Andrew Marr and his BBC guests discussed identity politics. It was a sensible, thought-provoking discussion that swayed here and there, but managed not to turn into a bunfight. Instead, an agreement of sorts was reached that issues of identity are underpinned by issues of class. The haves are basically against identity politics, the have-nots are basically for them.

To confirm all this I was waiting for Marr, who fancies himself as a bit of an art commentator, to refer to the art world. Because right now in the art world, if you’re not talking about identity, you’re not talking. Identity issues are eating up the lioness’s share of the action. They’re everywhere. But no. Marr didn’t go there. So I will.

In my time as an art critic — which goes back to the three-day week — nothing has come along that feels quite as impactful as this. Yes, there have been big aesthetic jumps, new movements, conceptual spurts. But none of them has appeared as profound as this. This isn’t a question of style or trend. This is an overthrow. The have-nots have stormed the castle and are elbowing out the haves. Frankly, it’s exhilarating to witness. Art is being thrust back to something real. Hallelujah. 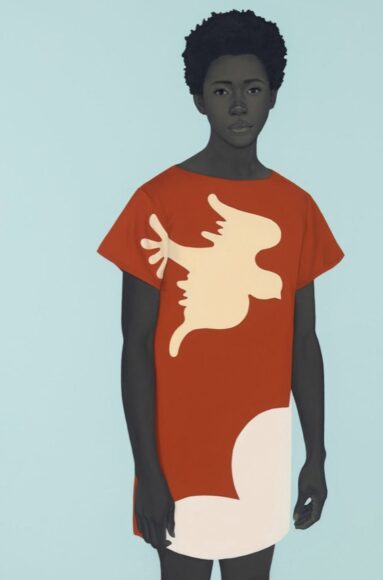 If you look at the history of modern art you’ll notice a pattern. In times of comfort and success, art grows unfocused and un-anchored. It floats off into fairy lands of experimentation. Yet as soon as times get tough again, it remembers why it was invented and seeks out the solid ground: the certainty of the old ways.

Look what happened before and during the First World War. Before the war, the art world went on an experimentation binge with fauvism, cubism, futurism, vorticism — more isms than you can shake a mahl stick at. Yet as soon as the field guns started blasting, back it rushed to the basic art business of picturing things. Paul Nash with his trenches. Otto Dix with his corpses. Even Picasso grudgingly paused his decorative cubism and began painting straightforward portraits of his new wife, Olga. When the world gets real, art gets real.

This, exactly, is what is now happening in global aesthetics. Powerful identity issues, underpinned by matters of class and privilege, are leading art back to the basics: to image-making, painting, storytelling. If you have something powerful inside you that needs to be said, if you can’t hold it in any longer, the last thing you will want to reach for is a conceptual ism.

For quick proof of this, look up last September’s issue of Vanity Fairwhere, emblazoned full-length across the cover, was Amy Sherald’s poignant portrait of Breonna Taylor. Taylor was the tragic victim of one of those unforgivable cop killings that led to the Black Lives Matter protests. Shot six times in her own home in Louisville, Kentucky, she was the subject of the “Say her name” chants that were such a persistent feature of last year’s presidential election in America.

Sherald, who barged her way into our international consciousness in 2018 with her uplifting state portrait of Michelle Obama in a big dress, has painted Taylor with evident warmth and empathy. Hand on hip. Dressed in a gorgeous evening robe of pale aquamarine. Toggling between confidence and sadness. No sign of death. Sherald’s wonderful portrait gave back to Taylor something the cops had taken away: a future.

Sherald has just opened a new show in Los Angeles at the Hauser & Wirth gallery. I wish I could see it. It features a suite of fresh paintings united by their clear and beautiful desire to push forgotten black lives into the front seats of art: the seats from which they have been excluded. Unlike some of her less imaginative peers, Sherald doesn’t choose big or obvious subjects. No Malcolm Xs or Martin Luther Kings. Her unnamed faces have been found and taken from the streets. Two guys sitting on surfboards. A woman with her bicycle. A guy with a lobster on his shirt. A girl with a bird on her dress.

The artist tells us she’s painting “the things I wish to see” in everyday American life. The beauty of ordinary people. Her aim is to right a wrong: to insert something important into an important gap. And this simple act of noticing and recording the life around her has resulted in a revolutionary moment: ordinary black Americans, given their due at last, being welcomed belatedly into art.

It’s a powerful message, delivered with a delicate touch. Float like a butterfly, sting like a bee. And it’s something you couldn’t do with a multihour conceptual performance or an electronic installation or a video marathon. For this art to work — for this art to do its job — it needs to deliver in one shot: the telling image.

Thus issues of identity are dragging art back on to its best path: the path for which it was invented. And Sherald is a long way from being alone. At her side is a squadron of super-talented black female artists — Njideka Akunyili Crosby, Deborah Roberts, Jennifer Packer, Lorna Simpson — who are making evident at once that what they want to say is too important for aesthetic dog legs and creative onanism. When the issues get real, art gets real.

The way was paved for them by another important generation with identity issues: older women. Fiery and feminist, Louise Bourgeois, Alice Neel and Maria Lassnig found independent venues for their work and forced their way on to a stage from which the modernist art establishment had sought to banish them.

Where does that leave the institutions charged with keeping us abreast of developments in contemporary art? In a bad place. The towering caverns of Tate Modern or the thrusting skyscrapers of MoMa in New York are the wrong shape, the wrong mood, the wrong space for the direct messaging of this heartfelt new art. Art of this intensity and directness demands somewhere smaller, more focused, less decadent.