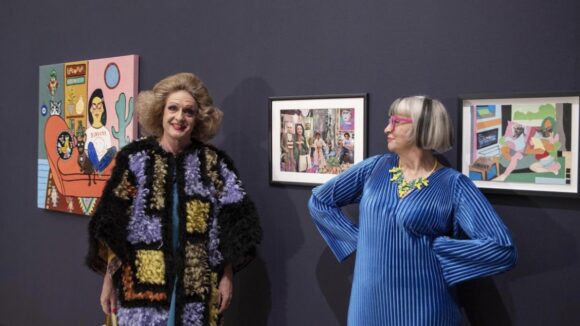 When the history books look back on Covid-19’s impact on the art world, they will see a trail of unparalleled and relentless revocation. It’s as if a giant snowplough has been driven through the territory of art, brutally shovelling it aside. The Venice Biennale — cancelled. The Sao Paulo Bienal — cancelled. Frieze — cancelled. The Turner prize — cancelled.

Most of the big events that were due to take place in 2020 have had to give themselves new dates in 2021. With so many delayed biennales in the pipeline, a wag in the art press has christened the coming year Artageddon. If the glut of rescheduled shows becomes a reality, the art world will be scrambling to get things done like a Jack Russell that’s fallen down a manhole.

On a more local level, away from the Venices and the Sao Paulos, the news is even glummer. Galleries closed. Museums locked. Exhibitions postponed. Raphael was promised: he ain’t coming. Guston was promised: he ain’t coming. Why, then, does this writer have what looks suspiciously like a cheery demeanour about him as he scrawls this lament? Is that really a ghost of a smile playing across his ghoulish lips?

I’m afraid so. The truth is, there are facets to the switch-off that trigger hope rather than despair. One thing Covid has definitely done is to reconnect us with the basic, hard-wired desire to communicate with pictures. The evidence for this is all over the telly, all over Twitter, all over Instagram. In the isolation of lockdown, stuck in the house, people are finding their creativity slapping against their insides like beer in a barrel.

If you follow film stars on Instagram you’ll have seen them queueing up to display their talents. Reese Witherspoon has taken up watercolours. Sylvester Stallone is painting anguished expressionist faces with what appears to be a broom. Anthony Hopkins has a whole website devoted to his dreamy surrealism. One of the hits on TV in the first lockdown, Grayson’s Art Club, is returning to our screens because its simple recipe of encouraging people to make art and send it to Grayson Perry was greeted with such enthusiasm.

In most circumstances this quotidian artistry, nice though it is, would have little resonance in the art world. Plenty of people do Joe Wicks every day, but it doesn’t qualify them for the British gymnastics team. Covid, however, has turned everything on its head. In prompting a return to basics, it has thrown the extravagance and decadence of the art world into sharp relief.

Just before the plague struck, the Hayward Gallery organised a baffling exhibition entitled Among the Trees. The paperwork pointed accusingly at climate change and promised us a dose of artistic tree-hugging to highlight the effects of global warming. But when the show arrived, it turned out to consist largely of huge electronic installations and multiscreen video art. The carbon footprint left by this oversized electronic forestry must have been visible from the moon.

The Finnish artist Eija-Liisa Ahtila gave us a computerised pine tree so tall it had to be laid on its side to fit into the Hayward. Jennifer Steinkamp, in her room-filling electro forest, fast-forwarded us through all four of the annual seasons in a digital jiffy. The transportation of all this electronic hardware to London would have necessitated the loss of a significant stretch of the Amazon.

Such slippages from reality are exactly what Covid has been showing up. Another event I enjoyed before lockdown was Mark Leckey’s rumination on his misspent youth in Liverpool, for which Tate Britain rebuilt an entire motorway underpass. As Leckey relived his glue-sniffing youth, the huge, concrete space was filled with electronic flashings and bleepings. It was thun-derously evocative. And outrageously lavish, hitting ten at least on the Marie Antoinette scale.

That’s why no one is shedding much of a tear for the vanished biennales. There are, I read, 270 of them in the global calendar. I go only to the one in Venice, for the same reasons that anyone interested in sport needs to watch the Olympics. The others I miss because nothing of true cultural value ever happens at a biennale.

Instead, what you get is a bunch of like-minded curators from around the world converging on somewhere nice for a week of uninhibited party-going and the feverish swapping of name cards. In between the gluttonous private views and the prosecco-fuelled bed-jumpings — I’m speaking from memory here — they see a few things that interest them in the shows they manage to stumble to on the morning after. And when they fly back to their respective nations, they wait a respectable six months or so before showing what they remember in their own galleries.

Thus the hamster wheel of art turns and turns, and everywhere in the world gets to see the same art brought to them by the same kind of people. What ought to be a quilt of many colours has been changed by biennale culture into an international grey.

It was cheering, therefore, to read the thoughts of Hedwig Fijen, the Dutch curator who started Manifesta — “the Nomadic European Biennale” — which takes place in a different city every two years. Manifesta 13 was due to take place in Marseilles. It was cancelled. But not before Fijen revealed that it was going to focus on local art. No airlifting in of huge international installations. No transportation of global goodies from the interchangeable East. Manifesta 13, Fijen announced, was “not interested in being an international player in the globalised curatorial circus”.

Elsewhere, unfortunately, the globalised international circus is alive and kicking, notably in the artistic Far East, where curator culture has been thrown a lifeline by the success of local efforts to control Covid-19. In South Korea the postponed Gwangju Biennale is set to open in February with a show directed by the much-travelled German curator Defne Ayas and the Berlin-based Natasha Ginwala.

“The Biennale argues for the primacy of plurality, positing that points of origin and influence ought to be accessed not only through the dominant technological systems and machinic vocabularies traceable to the West but also relate to heterodox ancestries,” the show’s conspicuously western curators declare in their conspicuously western artspeak at their conspicuously eastern biennale. It’s another of the paradoxes of curator culture. So much energy is devoted to railing against the West’s colonising past, yet curatorial behaviour itself is never recognised as a continuation of the process. But enough of biennales. They’ve been paused. Hurrah. What about the return to basics?

To me it feels as if it’s gathering pace. Right now, the two most fashionable territories in art are the art of older women and the art of black artists. Both are dominated by feminine picture-making. The super-influential older women — Rose Wylie, Maria Lassnig, Alice Neel — aren’t just painters, they are painters of figures. And this powerful sense that art in the time of Covid is going back to the old ways is just as conspicuous in the art of black artists.

In the months between lockdowns I had time to review a few shows, and the ones I remember best were Lynette Yiadom-Boakye at Tate Britain and Zanele Muholi at Tate Modern: two black artists, one a painter, the other a photographer, both in the business of recording faces and people. 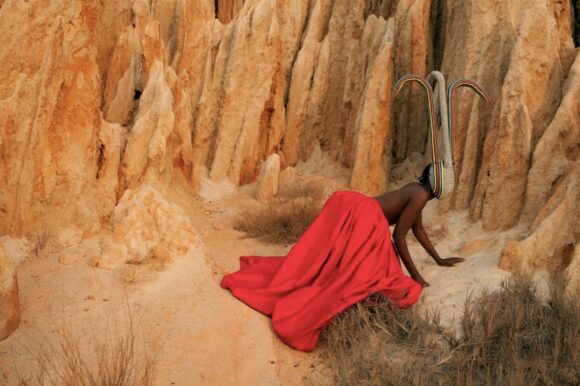 On the internet, where so much of art’s action has been unfolding in the Covid calendar, African art has been crashing against us in powerful waves, and almost all of it involves a return to storytelling. The Ghanaian photographer Felicia Abban began working in a commercial studio in the 1960s. Yet only recently has she been rediscovered. Her proud African women were among the highlights of the last Venice Biennale. In Angola the internet artist Keyezua combines striking African landscapes with striking African figures that leap out of the screen and yank you into their mysteries.

The point is: now is a better time for art than we might have imagined. Covid-19 has jammed a finger on the pause button and created a space in which to reconsider and see things in perspective. From the same hilltop on which everything appears so bleak it’s easier to see what’s gone wrong. And what needs to change.