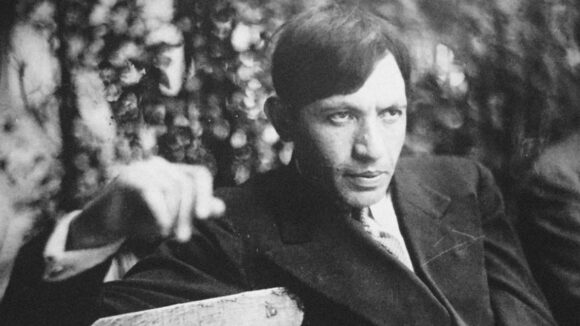 In the squalid ranks of the squalid painters who filled the free-drinking, free-wenching ranks of the so-called School of Paris, none was quite as spectacularly squalid as Chaïm Soutine (1893-1943). Indeed, I can’t think of a convincing rival to him for the title of Most Squalid Artist Ever.

Soutine did all the terrible things that the rest of the School of Paris did, but where he came fully into his own was in the territory of hygiene, or rather the lack of it. A favourite story tells of him visiting a doctor in Paris to complain about a persistent earache. After checking him over, the doctor pulled out something from his ear. It turned out to be a clump of bed bugs that had been nesting there.

While painting his famous Carcass of Beef, the stand-in crucifixion that is perhaps his masterpiece, Soutine ordered a flayed cow from the butcher and hung it in his studio for weeks while he painted and repainted it. When it began to stink, he went back to the abattoir for buckets of fresh blood, which he poured over the fly-infested corpse to keep it colourful and moist.

And yet this spectacularly squalid painter managed to produce some of the most touching and unmistakable art of the early 20th century. There are plenty of expressionists in painting; none is quite as tangibly expressive as Soutine. Every touch tells a story. Every quiver is a quiver of emotion. 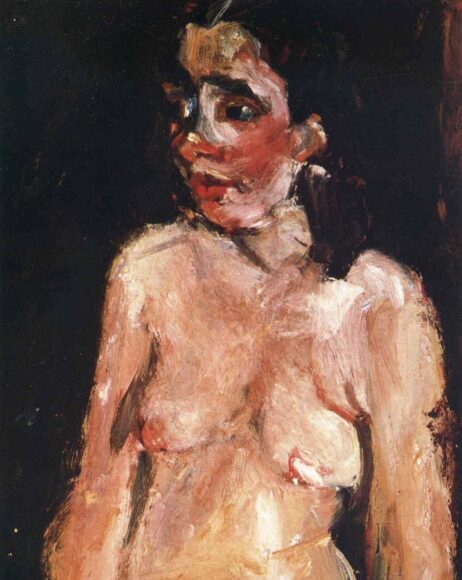 Soutine’s pal Modigliani painted lots of nudes, but Soutine gave us only this one. So rare and little known is it that it never features in any list of the best 20th-century undressings. Yet it’s as sensitive and touching as any work in the genre. With her big, clumsy hands, her vulnerable saggings, that expression of fearful timidity, Soutine’s only nude is as unsexy as a nude can be. Instead it’s a pioneering portrayal of discomforting nakedness. Francis Bacon and Lucian Freud were big fans. 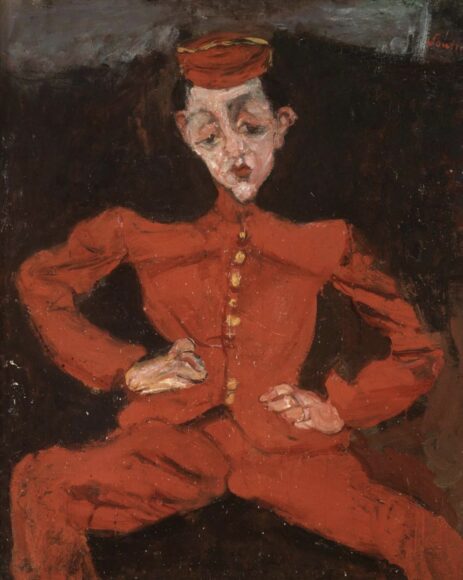 In 2017 the Courtauld Gallery in London mounted the first and only Soutine exhibition in Britain in living memory. It was devoted to his portraits of cooks, waiters and bellboys — the serving classes of 1920s Paris whose sad and spooky features seemed to say so much about harsh living and a lonely urban existence. The show was a surprise hit. Most memorable were the bellboys in their striking crimson livery who clambered about Soutine’s art like a troupe of polio victims. 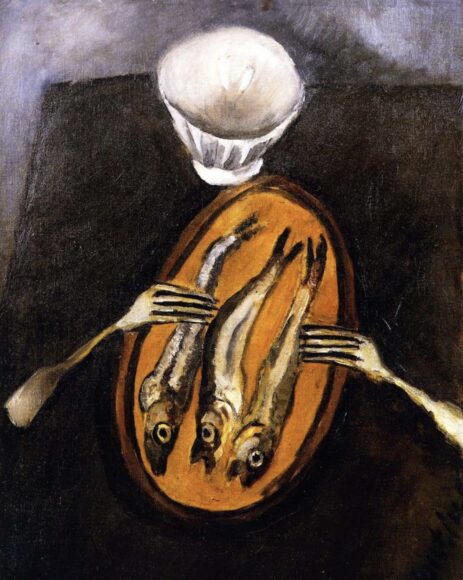 Soutine was Jewish. He grew up in extreme poverty in a shtetl in Russia, and food in his art has a sanctity to it that feels extreme. Painted in the middle of the First World War, this simple plate of fish is imbued with an enormous sense of meaning. Dried herrings were the cheap and staple food of the times, but Soutine turns them into sacrificial victims. The brilliant touch here is to turn the forks into a pair of sinister hands that are reaching up to strangle the terrified fish. 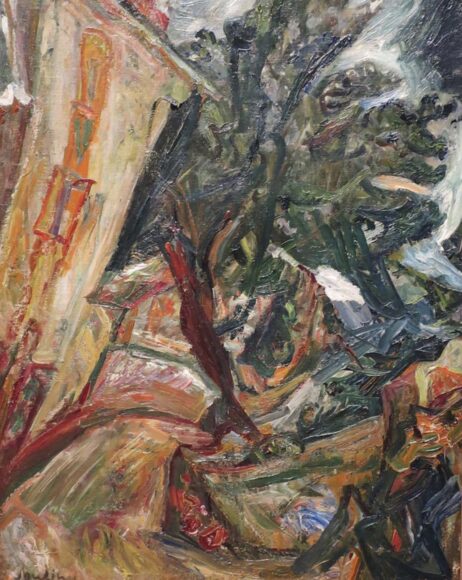 In the foothills of the Pyrenees, just past Perpignan, sits the undistinguished village of Céret. It’s a dull place. Nothing happens there. But in the early 1920s Soutine lived in the village and painted some of the most agitated and uncomfortable landscapes in art. In a Soutine view, gales are always blowing, the trees are always bending and nature knots itself up like cabling in a phone exchange. These topsy-turvy village views are demanding. They can damage sensitive eyes. 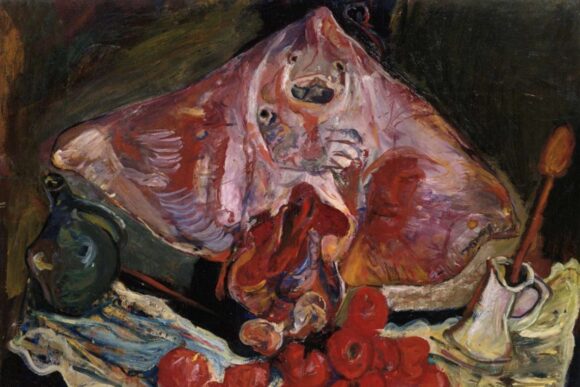 Soutine’s Still Life With a Ray was inspired by a painting of the same subject by Chardin that hangs in the Louvre. So colourful are the accounts of Soutine’s decrepitude that it’s easy to assume he was merely an oik: the wild man of art. But that isn’t so. He was among the Louvre’s more studious visitors, knew the collection intimately and sought in his work to progress its lessons and to modernise them. Admittedly, that isn’t immediately obvious! 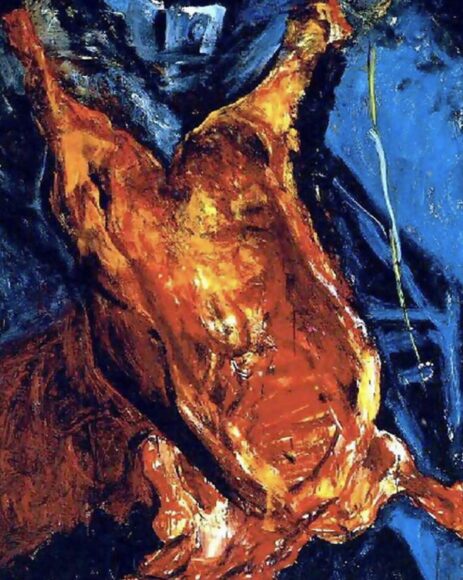 There are ten versions of Soutine’s Carcass of Beef, and this one in the Albright-Knox Museum in Buffalo is the best. All were inspired by Rembrandt’s mighty Carcass of an Ox and, like the Rembrandt, all can be understood as stand-in crucifixions. Soutine paints a direct and discomfortingly pure encompassment of suffering. In the flesh the picture strikes you with its multicoloured beauty. Big influence on abstract expressionism.