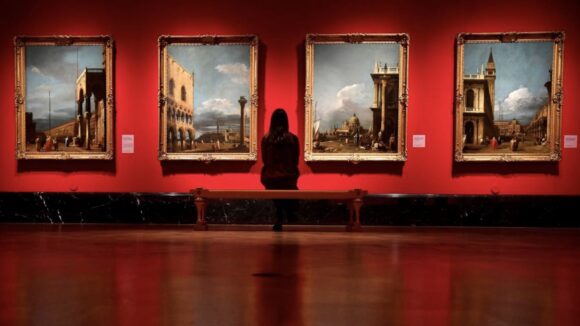 Among the fiercest of the pleasures offered by London to the visiting art lover is the small collection. The capital is packed with bantam treasure troves of outstanding quality. Sir John Soane’s Museum, the Courtauld Institute, the Wallace Collection, Dulwich Picture Gallery, Kenwood House, Apsley House — I’m thinking of you.

Yet one such collection is anomalous. One stands out not because it is so well visited but precisely because it is not. Among my art-loving friends, I don’t think there is one who regularly visits the Queen’s Gallery next to Buckingham Palace. Most have never been. Yet the art on show here weakens the knees. The exhibitions are relentlessly stimulating. The curators are fountains of knowledge. Even the loos are, in my estimation, the best in London.

Perhaps it’s the width of the crowds you need to cross to get here that is the issue. Perhaps the art on show feels like an adjunct to the gift shop, when it ought to be the other way round. Whatever it is, it’s stopping people from cage fighting for tickets to a venue that serves up artistic delight in a strikingly pure form. Especially at the new show, an unceasing pleasure called — with excellent clarity — Masterpieces from Buckingham Palace.

The palace is being refurbished. So a selection of its best treasures has made the short carriage ride around the corner to the Queen’s Gallery. The pictures displayed here usually hang in a grand picture gallery where, to be frank, the marble fireplaces and exquisite regency furniture get in the way of the art. I’ve filmed in there in the past, and it’s a challenge.

Not any more. Stripped of their ornate surroundings, the palace’s pictures are free to be great art again, rather than great furnishings. Distributed around the clear and logical spaces of the Queen’s Gallery, they can be intimately examined. It’s a significant difference. And its overall effect is to pile-drive home that our monarchical holdings are of a notably high quality.

In the good old days of royalty, the kings and queens of Britain could buy any art they fancied. So they did. Take George IV. Blessed with a carefree temperament that allowed him to build up gigantic debts with impressive insouciance, the rumpy-pumpy regent then monarch went on a crazy spending spree that led to the arrival at the royal residences of shiploads of Dutch and Flemish art. He bought Rembrandt. He bought Rubens. He bought Van Dyck.

George’s spell at the cash till coincided with the Napoleonic wars, when an abundance of important art was forced on to the market. Unfortunately he coincided also with a gang of savage pictorial satirists who successfully created an indelible image of him as a fat, gout-ridden, alcohol-sodden lothario. Instead of being remembered as an enlightened collector with superb taste, George IV is remembered as a blubbery sponge with his foot raised in the gout position. Thank you, Thomas Rowlandson and James Gillray. 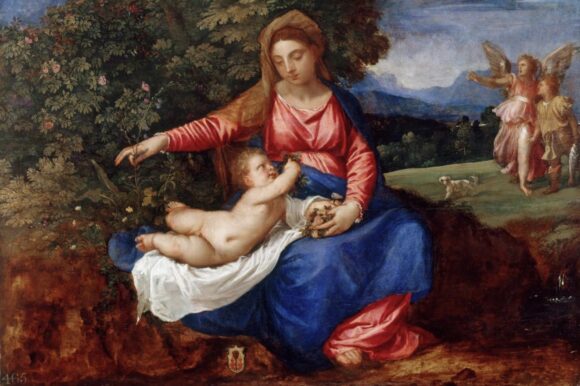 That he must have been something better is made immediately evident by his purchases. The row of small cabinet pictures by Gerrit Dou, Pieter de Hooch, Jan Steen, Jacob van Ruisdael and Paulus Potter that begin this journey is distinguished by its perfect condition. Whoever bought these was making sure they bought the best. The lovely Vermeer that hangs here as well, The Music Lesson, was actually acquired by George III, in one of his rarer moments of artistic madness, but its quietude and sense of thoughtfulness fit in perfectly.

Then you get to George IV’s Rembrandts. The most famous is The Shipbuilder and His Wife, that charming two-hander in which Griet Jans brings in a note to her husband, Jan Rijcksen, who is busy drawing boats in his study. He turns to her. She passes him the paper. She’s interrupting. He’s somewhere else. It’s a nuanced presentation of a seasoned relationship: so splendidly quotidian. But it’s not the best Rembrandt here.

That, surely, is the extraordinary scene of Mary Magdalene meeting Jesus outside his sepulchre after he’s risen from the dead. Jesus is dressed as a gardener. So Mary Magdalene, who’s come to mourn, doesn’t immediately recognise him. Who is this fellow in the wide-brimmed gardener’s hat, carrying a spade, she starts? Only a genius as fully in touch with the moon phases of common humanity as Rembrandt could have envisaged this scene in such touchingly comic fashion.

With no obvious structure to guide us — other than the display of one masterpiece after another — the show makes no demands on theory or understanding. It’s just you and the pictures. And without the glare of Buckingham Palace’s ornate interiors to distract from its impact, most of the art here seems to grow in stature. 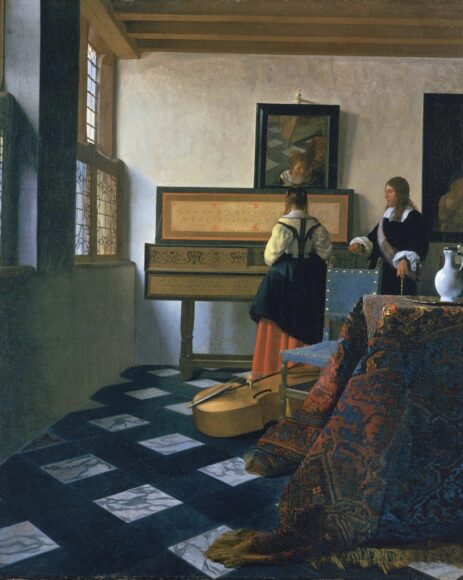 The four towering Canalettos that George III acquired from the British consul in Venice, Joseph Smith, are a clear example. Most Canalettos are small and wide. These are tall and huge. Usually they hang at the far end of the picture gallery at Buckingham Gallery, where the decor overwhelms them. Before that they were in the entrance hall at Buckingham House, where they must have created the wonderful illusion that you had wandered into St Mark’s Square and were taking in the vistas. In this show they feel grand and imposing, a weighty mood I don’t remember encountering previously in Canaletto.

Maybe it’s just me, but I had a recurring sense that the pictures that stood out in this new arrangement were not the ones I was expecting. Rubens is copiously represented in the royal corridors, and the magnificent self-portrait he painted for the future Charles I in 1623 is a regular visitor to the Queen’s Gallery. But in this show the picture that is presented as a pair to it, the unhelpfully entitled Portrait of Woman from c 1630, is the one that felt revelatory.

The only time I’ve seen it before was high on the wall in Buckingham Palace, where it was difficult to enjoy or examine. Here it yanks your attention. The unnamed woman used to be recognised as Rubens’s second wife, Helene Fourment, but somewhere along the way that identification was dropped. Why? In this light, with this clarity, this strikingly intimate portrayal could easily be her.

The final gallery is devoted mostly to Italian art. So it’s here that the Titians appear, the Parmigianinos, the Lottos and the Pontormos. In most countries these choice holdings would be the centrepiece of a national collection. Here they’re the raisins in the royal cornucopia. 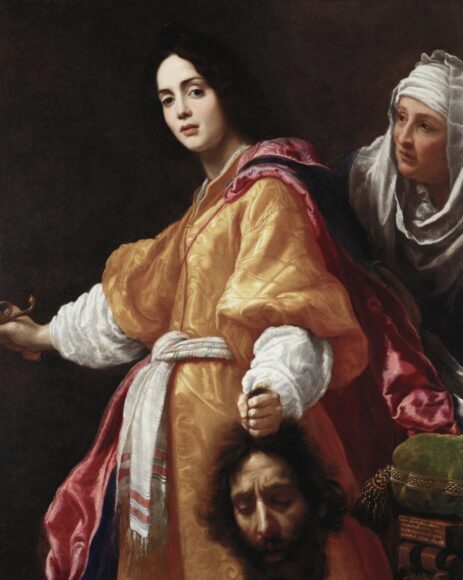 Again, the paintings that stood out were not the ones I was expecting. The Florentine mannerist Cristofano Allori is one of art’s one-hit wonders. In most of his output he blends in with his surroundings. But with his Judith with the Head of Holofernes he becomes riveting. Because of the National Gallery’s Artemisia Gentileschi show, we are more familiar than we used to be with Judith’s story. She’s the plucky Jewish heroine. Holofernes is the wicked Assyrian general who wants her. She doesn’t want him, so she gets him drunk and cuts off his head. In Artemisia’s hands the scene becomes a bloodbath.

Allori sees it differently. His Judith has already done the deed and fixes us with a confident stare, as if to gauge our reaction. She’s strikingly beautiful. And the shimmering yellow robe she wears has a more significant bearing on the painting’s impact than the head of Holofernes swinging from her hand.

The model for Allori’s Judith was his mistress, Maria de Giovanni Mazzafirri, known as La Mazzafirra. Their relationship was notoriously turbulent. So where Artemisia sees a tale of brutal feminine revenge, Allori sees an opportunity for an exquisite outburst of masculine self-pity. That’s blokes for you.