Once dismissed as excessively lavish and overly distorted, the art of the late Renaissance does offer some delights 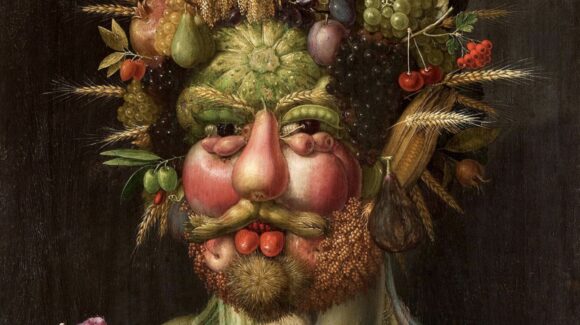 It’s the art movement no one can grasp. They can’t define it, they can’t describe it, they couldn’t even name it. It wasn’t until the beginning of the 20th century — 450 years after the event — that a consensus of sorts began to emerge about the art created in Italy between roughly 1520 and roughly 1590. It’s so mannered, someone complained. The insult stuck.

Mannerism — the earliest known -ism! — was chiefly identified by not being what came before it or what came after. Sandwiched between the clear proposition of the Renaissance and the clear proposition of the baroque age, it felt like something going wrong. And to make everything worse it wasn’t only an art style. Architecture had its mannerist phase too. So did garden design.

Perversely, this creative elasticity resulted in a style that is quickly recognisable. One glance at Parmigianino’s absurd Madonna with the Long Neck, featuring a Virgin Mary whose father appears to have been a giraffe, is all you need to identify it as a mannerist artwork. No other epoch would have dared. And that famous garden in Bomarzo, the one where the caves were reshaped to look like the open mouths of Hell, is obviously mannerist too. As for Arcimboldo and his ridiculous heads made of bucketloads of vegetables — what else could they be but mannerist? They might perhaps pass for surrealism, but that would involve Tardising forward half a millennium.

I reckon the secret of mannerism, the best way to understand it, is to see it as an unsuccessful prison break; a temporary slipping of the chains. Fed up with the rules laid down by heavily policed Renaissance, art went on a bender and began making its own rules. When no one was expecting it to happen, the human imagination went Awol.

Pontormo’s colour schemes look as if they have been discovered in a bag of Opal Fruits. El Greco’s figures would stand 9ft tall in their socks, if they ever untwisted themselves from their convoluted poses. Half of mannerism’s wayward cast look as if they should be working as contortionists in a circus, rather than looming up on the altars of Catholicism, confusing the congregation. It’s crazy stuff.

Of course it couldn’t last. Quicker than you can say “Parmigianino”, the baroque age arrived, with its hefty counter-Reformational ambitions, and all artistic wilfulness was sent back to the cell. But for the brief interlude when it was free, boy, was art exciting! 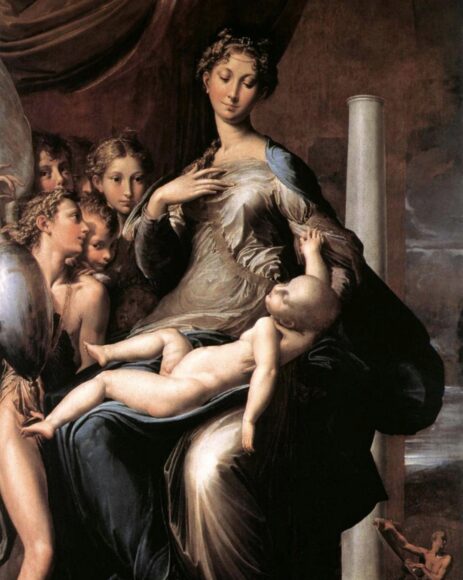 Get to know them

The Madonna with the Long Neck by Parmigianino
Parmigianino (1503-40) died young — just 37. But he managed to pack so much difference into his tiny career. The Madonna with the Long Neck defies pretty much every convention going. Mary’s neck is several vertebrae too long. The baby Jesus is enormous. The angels who attend them look like a crowd of chattering schoolgirls. And skulking at the back is the least likely St Jerome in Italian art. For its sheer wilfulness this can perhaps be described as the first modern picture. 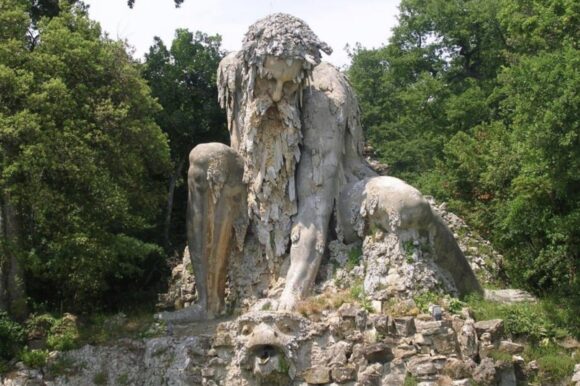 Appennino by Giambologna
Lurking by a small lake in Tuscany, 35ft tall yet weirdly easy to miss, is a colossal statue (1579-80) by the mannerist sculptor Giambologna. He’s called Appennino and is supposed to represent the Apennine mountains running down the centre of Italy. Originally he was surrounded by grottoes and water wonders in an extravagant mannerist garden built for the Medici. But that’s all gone. Only Appennino remains. Today no one seeks him out. If ever a rock sculpture needed a hug, it’s this one. 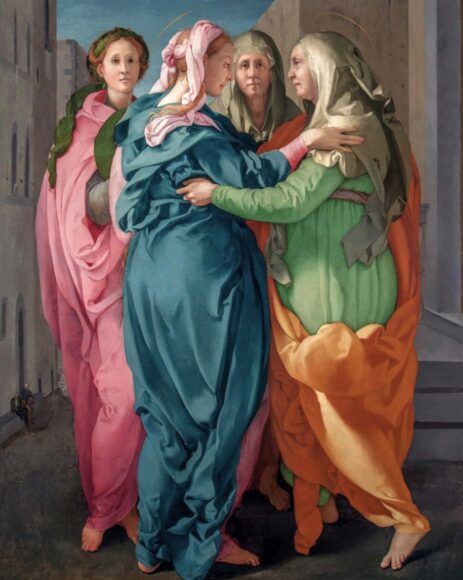 The Visitation by Pontormo
You would have thought that an artist who changed the rules as radically as Pontormo did would be counted among the giants of art. But no. It’s as if being a mannerist cannot equate with greatness. Yet, in his stretched-out figures, his madly inventive colour schemes, his twisty compositions, Pontormo was extraordinarily inventive — but the results never look extreme. Instead they find poise and beauty in new ways, especially his wonderful Visitation in Carmignano (1528-30). 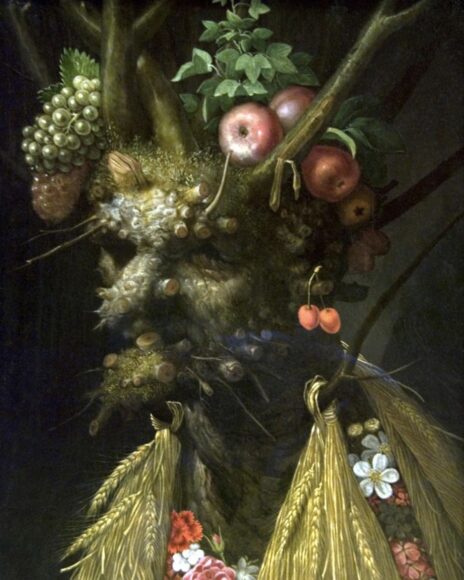 Arcimboldo
Arcimboldo (1526-93) was an Italian who spent his most productive years working in Prague for Rudolf II, the Holy Roman emperor. The crackpot Rudolf was into alchemy, magic and fortune-telling, and Arcimboldo’s wacky portrait heads, assembled from fruit and vegetables, were for his amusement. For 400 years after Rudolf’s passing no one took them seriously. Then Salvador Dalí and the surrealists rediscovered Arcimboldo. Suddenly he was all the rage. 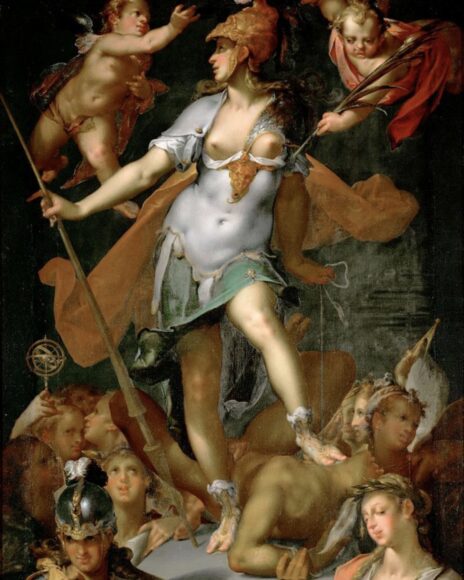 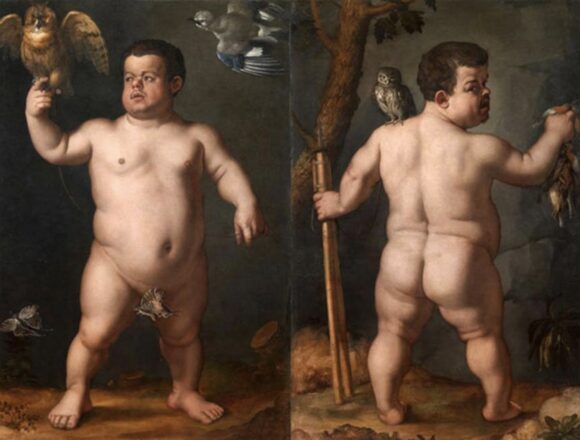 The Dwarf Morgante by Bronzino
Morgante was one of the jester-dwarfs in the Medici court of Cosimo I. As court painter, Bronzino’s task was to record the court’s characters, but by painting Morgante (1552) from the front and the back — on the same canvas! — he was involving himself in an aesthetic argument raging at the time about the merits of painting and sculpture. Painting is superior, Bronzino argues, because you can not only show the whole figure, but also the passage of time.