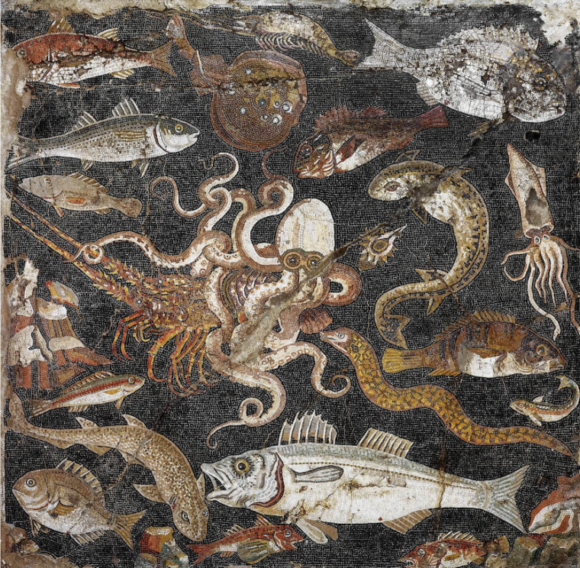 The destruction of Pompeii in AD79 may have been a real event, but it has managed to acquire a mythic aura. There’s something about lost cities, isn’t there? Whether it be Atlantis, Sodom and Gomorrah or the shimmering gold town of El Dorado, if it used to be there, but isn’t any more, the archaeologists of the mind — our imaginations — rush in to supply the details.

The paradox with Pompeii is that the details are there, if you know where to look for them. While the site itself is flat and harsh — a street map carved of rock — its surviving goodies are available for examination by those with the patience and archaeological contacts. As a serial visitor to the National Archaeological Museum in Naples, where most of Pompeii’s best remains are sequestered, I have tried my damnedest over the years to acquire a tangible sense of what living in the city of ash was like. And failed.

Until I visited Last Supper in Pompeii, the marvellously evocative and engrossing exhibition at the Ashmolean Museum, in Oxford. 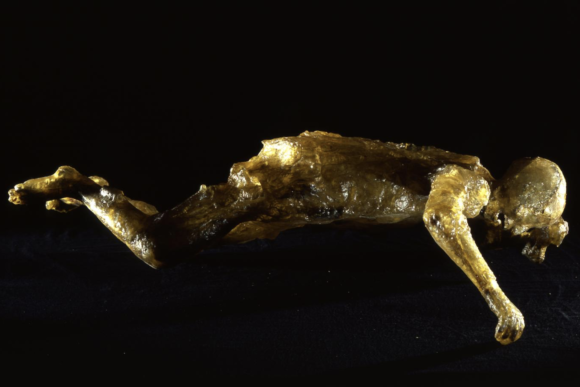 The problem with most Pompeii displays, I find, is that they just don’t connect. It’s partly a language problem — however good your Italian, there are few things as uninformative as a Neapolitan caption — but mostly an issue of arrangement and preponderance. With so much stuff to gather and show, the tragically underfunded museums of Italy often give the impression of having chucked the whole lot in a room and left it at that.

In this instance, though, the smart bods at the Ashmolean have not only taken immense care with their selection and display, but have hit on the excellent wheeze of making their event entirely about food. Now you’re talking. Food is the Esperanto of international culture. We all do it. We always have. When you talk food, you talk in tangibles, and the fact that Britain’s current food obsessions turn out, on this evidence, to be recognisable reruns of Roman food obsessions adds a note of worrying immediacy to the bond. Thank Jove there isn’t a giant Vesuvius at the centre of modern Britain. If the deities were angry with Pompeii for its degenerate adoration of food and wine, what in God’s name must they be making of us? Have they ever watched Come Dine with Me? Brrrr. I’m giving myself chills.

From its title to its final sight, Last Supper in Pompeii is a telling celebration of the union between food and death. Set mostly in a typical Pompeiian villa — the vestibule, the dining room, the garden, the kitchen — the show kicks off with a room in which the Roman obsession with fine dining is sweetly summarised, alongside the Roman obsession with fine drinking. A full-height marble Bacchus, the god of wine, borrowed from Naples, handsome and perfectly formed, thrusting out his hip just enough to make him sexy, stands there with his bits dangling, a naked Beckham, with a jug of wine for a ball and a new hairdo of clustered grapes. He’s irresistible and dangerous. And the sensuous carving makes that obvious.

Roman dinner parties were much like our own, except that the guests reclined at table, rather than sat. A startling little fresco from Pompeii, showing the reclining chatterers being served by a helpful slave, paints an immediate picture of relaxed cultural decadence. However many times I encounter one of these pint-sized Roman genre scenes, knocked off on a passing wall by a jobbing local painter, I can’t help but be astonished by the amount of preternatural skill on display. Were the Romans really this good at fresco, this long ago? Yes, they were. And they were even better at mosaics.

One of my favourite artefacts from the national museum in Naples, a busy mosaic featuring an impressive selection of the local seafood — lobster, octopus, sole, eel — captured perfectly in micro-mosaic detail, has been borrowed for the show. A masterpiece of international food presentation, dating from circa 100BC, it is both a crazy display of technical expertise and a sight that makes you beam with delight and expectation. There isn’t a sea creature on there that wouldn’t taste great lightly pan-fried in a blob of butter.

On the opposite wall, however, another marvellous mosaic, from another dining room, reminds us that every head has its tail. This time, instead of an abundance of local produce, there’s an image of a bony skeleton holding up two jugs of wine. Spectacularly to the point, it’s an instant reminder of the bad news that comes after the good news. We write “Smoking kills” on our cigarette packets in letters as big as the Eiffel Tower. And everyone ignores them. The Pompeiians put skeletons at the epicentre of their dining rooms. But still the wine flowed.

Large sections of this event feel more like a mirror than a show. After a bit of entertaining slaughter in the arena, the locals would go to the tabernae to discuss the combat. It turns out there were more than 300 tabernae in Pompeii, serving a constant stream not just of wine, but also of handy grub. Roman gastropubs!

A charming portable oven with three compartments for heating up small things, and a big one for the pizza, would still work perfectly today if they sold them at Homebase. 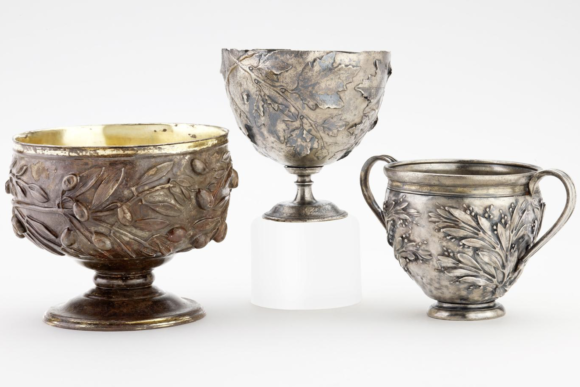 Before the great explosion and the huge geographic shifts it created, Pompeii was a seaside town, with the Mediterranean lapping on its shores.

Seafood was abundant, and so was the Bacchus juice. A lively fresco that has survived from the slaves’ room in a Pompeiian house shows Vesuvius before the explosion, covered in vineyards from base to tip.

But — and this is significantly different from us — food and drink turn out also to have had an intimate relationship with the gods. Indeed, while the general impression made by this Oxford journey is of a culture devoted unstoppably to the joys of eating, a parallel narrative unfolds of a culture for whom food was also a pathway to the stars.

The gods controlled everything: the seasons, the weather, human fertility, the success of the harvest. So the Pompeiians needed to keep them happy. What better way to keep a god happy than to ply them with ceremonial food and drink? Animals were sacrificed. Incense was burnt. And how telling that this hopeful communication between humans and gods was continued chiefly in an abstract language of smells and smokes. When the Pompeiians addressed the gods, they addressed thin air.

Yet the gods they angered did not reply in kind. Their fiery riposte was as tangible as it was savage. The eruption of Vesuvius in AD79, which preserved Pompeii while simultaneously destroying it, is a continuous footnote to this display. But at the journey’s end, it takes centre stage.

The final exhibit here is an actual corpse, the so-called lady of Oplontis, a worker sprawled ungracefully on the ground in her last agonies, perfectly preserved in resin. What a spooky and chilling finale. It left me with the feeling that reality had punched brutally through the fun, and that Pompeii and its story were demanding to be understood as a memento mori.