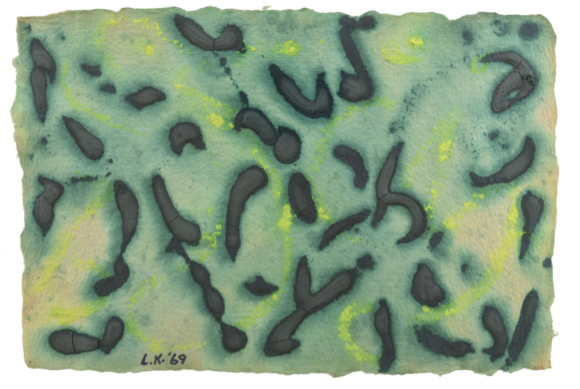 Poor Lee Krasner. When the gods of art arranged for her to marry Jackson Pollock, they cursed her on several levels. On a personal level, they forced her to put up with the madnesses of a violent alcoholic who died in a drunken car crash, with another woman by his side. On a professional level, they ensured that her career would be blown out of the water by the nuclear fame of her partner. On a creative level, they barged her into an unequal struggle for an artistic voice, trying to find her own song while the roaring Pollock hogged the microphone.

Perhaps, though, we have underestimated those sneaky gods of art. Perhaps they were playing a longer game and knew all along that at some point in the future the world would seek to recalculate the male-female imbalance; that the taste for macho painting styles would evaporate and a taste for its alternatives would grow. Right now, being Jackson Pollock is problematic. But being Lee Krasner is exciting.

The Barbican Art Gallery has duly mounted a rousing and persuasive tribute to her. It’s the first such event since 1965, when the Whitechapel looked back at her career. Not only does the present effort ignore Pollock (much more successfully than I have been able to do so far in this write-up), it unveils an artistic journey so full of impressive stretches that it really is difficult to understand how it managed to slip so far down the back of the sofa for so long. 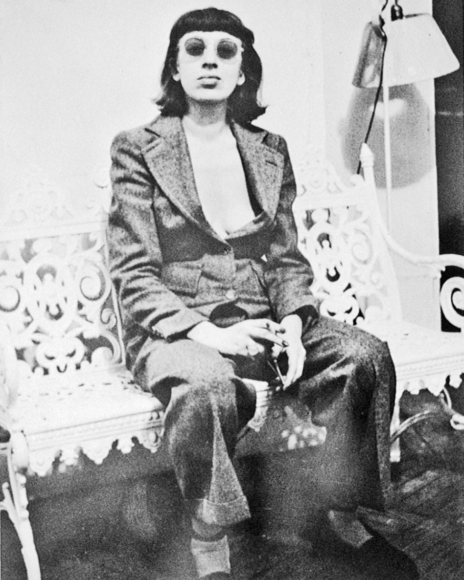 Krasner (1908-84) decided to become an artist at the age of 14. That’s what she was like: forceful, independent, impulsive. Born in Brooklyn to Orthodox Jewish parents who had just arrived from Odessa, she changed her name when she was a teenager from the Jewish Lena to the American Lenore, then again to the androgynous Lee, as she shuffled between identities, searching for one that stuck. It’s what her art is like as well, an ungovernable mix of leaps and bounds that keeps taking you to places you are not expecting.

The Barbican borrows this jumpy rhythm and starts with a set of pictures from 1947, the early days of her marriage. No foreplay. No biography. We’re straight into the thick of it with a selection of what she called her Little Images: small canvases, not much bigger than a couple of cornflake packets, packed with speckles of intense colour, like meadows full of wild flowers, painted in the tiny bedroom upstairs while Pollock was dripping expansively in the barn outside.

The Little Images were apparently inspired by the nature that Krasner found near the house in Springs, Long Island, into which she and Pollock moved in 1945. To emphasise the rural sweetness prompted by this escape — away from the city, away from the war — the Barbican’s curators have plastered the wall with gorgeous photographs of the local flora taken by Ray Eames, a college buddy of Krasner’s. Fragile poppies. Delicate dandelions.

It’s a smart bit of curation. But the paintings themselves are unruly beasts that keep forgetting to feel rural. Thick and blobby, effortful rather than graceful, intense rather than gentle, they seem to speak more loudly of swirling emotions than of the delicate joys of nature. With Krasner, here and always, it’s the inside that’s shouting, not the outside.

What’s certain is that it’s an intriguing beginning. Having softened us up with a peep ahead, this clever show finally gets down to the business of giving her a past. And, for once, the compartmentalised nature of the Barbican’s upstairs galleries — that sense you get here of wandering from stall to stall at a farmers’ market — suits the storyline.

Krasner’s progress happens in lurches. Suddenly she’s a 19-year-old figurative painter, producing stiff self-portraits in the garden of her parents’ house. Suddenly she’s at art school, drawing impressive nudes before fast-forwarding into a spiky cubism. Suddenly she’s a war artist producing Russian-style propagandist collages, seeking to recruit scientists for the state. Suddenly she’s making collages out of bits of her old art, cutting it up into cubistic slivers, destroying to create. “I am not to be trusted around my old work,” she says on the wall, with perfect timing.

And then she finds herself. It starts in 1955, just before Pollock’s death. The small pictures grow big. The fiddly shapes grow bold. The intricate patterns are replaced by monumental forms. Instead of being packed with many colours, her art starts to favour a few. It’s like a prophecy.

When Pollock died in 1956, Krasner was in Paris, visiting the Louvre. But the paintings she produced immediately upon her return are strikingly and thrillingly independent. Moving into his barn, her art quickly grows huge, like a balloon filling with air. Understanding exactly what was going on in her psyche is the territory of psychologists, not of art critics, but I’m tempted to conclude that Pollock’s death freed her: freed her imagination, freed her ambition, freed her confidence, freed her courage.

Which is not to say it made her happy. It didn’t. The first oversized paintings she produced in the barn are dark and nervy: raging storms in beige and grey. He may have left her his walls, but not his colours. Suffering from insomnia, she painted at night and, with no natural daylight to guide her, confined herself to Franciscan greys and Carmelite browns, a monastic colour scheme that suited her widowhood. 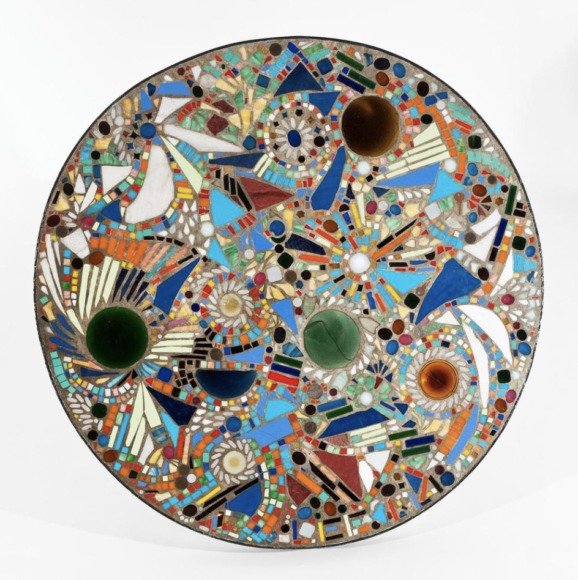 The Night Journeys, as the suite of swirling monochromes was called, are a big exhibition highlight. Their brushstrokes seem calligraphic, as if something deep is being spelt out, but a passing storm has jumbled the words and made them illegible. For once, the exposed and brutalist concrete of the Barbican adds something powerful to the effect.

We are now in the 1960s, a decade of such pushy optimism that even Krasner’s stubbornly serious abstract expressionism grows bright and poppy. Some of my favourite paintings in the show are here. Through Blue, from 1963, is a tanker load of cornflowers caught in an updraft. Courtship, from 1966, features two abstracted doves dancing together across a sky as orange as the Dutch football team.

It’s a beautiful and wristy abstraction, unfolding at speed, with flashes of shadowy figuration looming up at intervals to direct the viewer’s fancies. And then, would you believe it, she changes again. Olympic, from 1974, is, of all things, a lurch into geometric abstraction, with circles and triangles of moss green and grey, trying to settle like a bag of letters searching for a word.

So yes, it’s jittery progress. But nowhere in the rule book does it say impressive art careers need to follow straight lines. Besides, the show manages to smuggle coherence into its jumpy journey with some beautifully judged presentation. The designer, the modernist architect David Chipperfield, deserves a Riba medal for making the Barbican’s exhibition spaces feel fresher and more open than I have ever seen them.