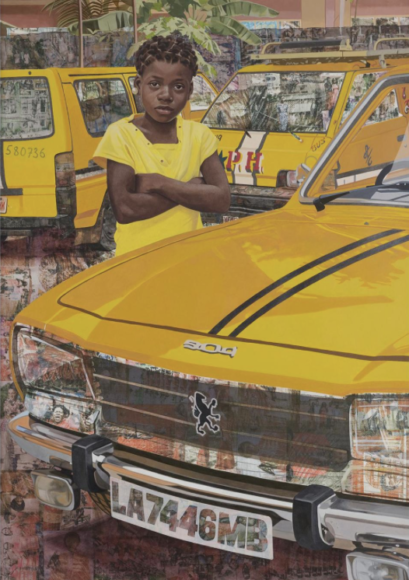 The ancient Chinese curse “May you live in interesting times” is not, apparently, an ancient Chinese curse. It was invented at the end of the 19th century by Joseph Chamberlain, the Nigel Farage of his age, then conveyed by family osmosis to his sons, Austen and Neville, through whom it entered British discourse at prime-ministerial level.

In the 1930s, through the political efforts of Austen and Neville Chamberlain, it reached levels of historic pertinence you would have thought would be impossible to match. But no. Our own age is making a good fist of it. And by picking May You Live in Interesting Times as the theme of the 58th Venice biennale, its director, Ralph Rugoff, has pointed this event in a fruitful direction.

If ever an invented Chinese curse felt right, it is now. Nationalism, global warming, immigration, the Middle East, social media, plastic waste: they all pop up in Rugoff’s twisty Venetian journey.

Even the false origins of the Chamberlain curse feel pertinent. Witness the storm of fake news that blew up on Twitter about the Lampedusa boat put on show here by Christoph Büchel to remind us of the fate of migrants off the shores of Italy. “Büchel is dancing on the graves of the dead,” the keyboard warriors wailed. “There’s no context, no explanation.” But it was all there in the exhibition guide, all the figures, all the facts, all the information anyone needed to understand why an artist had selected a readymade tombstone as his biennale contribution. I felt nothing but accusation radiating from the skeletal wreck. And to think that up to 1,000 people had somehow been squeezed in there.

So yes, we live in interesting times. But not every artist at this biennale is as determined as Büchel to wrestle with the sins of our age. In the famous Giardini, where most of the national pavilions are gathered, the issues of the day had patchy coverage. “The world is fodido, so let’s dance,” seemed to be the message of the Brazilian pavilion, where teams of energetic favelistas competed against each other in a two-screen Brazil’s Got Talent. Even the Swiss, in their notably straight-edged pavilion, were energetically discoing.

But when it came to avoiding the biennale’s theme and floating off into cloud-cuckoo-land, the British were, once again, world leaders. Our woman in Venice, Cathy Wilkes, has contributed an installation of spectacular feyness. Inspired by the bleaching and insubstantial light of Venice, she has scattered tiny things about the huge pavilion: a dead dragonfly, a broken twig, a crystal vase, a flowery plate. “It’s like drinking a weak cup of tea,” I heard two naysayers mutter as they wandered among the fragments, searching for something solid.

They were being unfair. With her quiet juxtapositions of sad objects, set among faded paintings that are little more than coloured air, Wilkes is mounting a poetic commentary on the fragility of life and the broken fate of womanhood. But yes. It is easy to miss. And her catalogue introduction —

“I solemnise and dignify the ghosts of interference which proceed from their origin and whip themselves up before me” — is world-class in its pretension. Picasso used to say that art is a blind man’s profession, but, judging by the recurrent evidence at this biennale, it is the writing hands of artists that need removing, not their eyes. 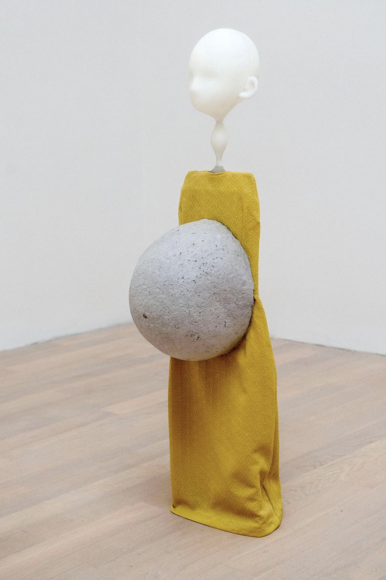 Unfortunately, the French contribution that sits next door to Wilkes is a noisy success. Laure Prouvost’s atmospheric installation forces us to sneak round the back of the pavilion and come in through the basement, as if we are illegal immigrants looking for somewhere to sleep. Inside, the waters of the Venetian lagoon have been recreated in pale blue resin studded with plastic bottles and dead fish, while a pair of live white doves sit disconsolately on an iron bar sticking out of the pretend water, and a plastic pigeon pecks away at the surrounding detritus. Hello, Italy.

Prouvost has a film as well in the central gallery, in which a troupe of wandering bounty hunters set off across the ocean looking for happiness. All they find at the end of the voyage is the French pavilion before the crowds get here: empty, shadowy, messy. So it’s all about migrants again. And the contrast between dreams and realities. I thought it would win the prize for best pavilion, but that went to the Lithuanians, who created a fake beach out of 35 tons of sand, on which a cast of singing holidaymakers lament the despoliation of the natural world.

Across the entire biennale, journeys and labyrinths are a favourite presentation mode. Art has clearly learnt from Alton Towers that the best way to keep a contemporary audience happy is to keep it moving and involved. The Chinese, the Israelis, the Italians all send us on hopeless shaggy-dog searches that lead nowhere. Even the Egyptians, bless them, are at it with a pretend burial chamber into which you descend like Indiana Jones through an alley of fake sphinxes with TVs in their heads.

At least it felt unmistakably Egyptian. Most of the pavilions were filled with an aesthetic art-pap, one part technology, two parts readymade, that seems determined to ignore national origins. It’s as if everyone at the biennale had been to the same art school. And indeed they had. 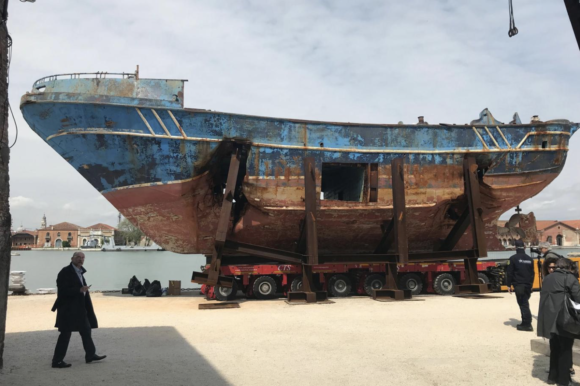 Prouvost is a former winner of the Turner prize. Lynette Yiadom-Boakye, in the excellent Ghana pavilion, didn’t win the Turner when she was nominated in 2013, but should have. Even the Saudi exhibitor, I was startled to read, studied at Coventry, while the Saudi curator was at Sussex. Never have I felt as strongly as I did here that the art world has now grown into a separatist nation, with its own politics, language, colonising ambitions, and a GDP to die for.

Perversely, even though so many of the exhibitors had passed through the British evening-class system, and even though Rugoff, in his day job, is director of the Hayward Gallery, in London, you needed to search with a magnifying glass for British presences in the biennale’s main show. How Rugoff, who is American, can run the Hayward when he appears so unimpressed by the local art is baffling.

That said, he’s a stylish and smart curator, and his big offering, split between the central pavilion of the Giardini and the Arsenale, is the best such show for many biennales. Full of surprises round every corner, unpredictable in its switches from painting to installation to film to performance, this visceral labyrinth keeps you on your toes as it swerves and feints around the Rugoff theme.

Distaff aesthetics dominate here. At the Arsenale, the South African Zanele Muholi presents a suite of giant self-portraits that loom up suddenly on towering walls. By intensifying the blacks, she weaponises her colour and turns it into a biennale war cry. Also effective is a suite of fake lifestyle photos by Martine Gutierrez, in which she plays the woman and a gang of shop dummies play the guys.

But it’s not all conflict between the sexes. The brilliant Njideka Akunyili Crosby produces portraits of her friends and family so warm and emotional that I wanted to jump onto the wall and hug them. Thank you, Njideka, for reminding us that there’s still a place for soppiness in contemporary art. I’d forgotten.

And how brave of Mari Katayama, who had both her legs amputated when she was a child, to insist on recording her fractured normality in a series of charmingly shocking self-portraits. Difference is the new normal, she insists in a show hell-bent on making that point.

Listing the good things in Rugoff’s feisty mixed show would take up most of this magazine. Away from the biennale proper, the tonnage of fringe exhibitions that has arrived in out-of-the-way warehouses and converted palazzos has also increased dramatically. How Venice stays afloat with the added weight of these uncountable artworks and barging curators is a true wonder of science. Frankly, it has grown too large, as if a biblical plague of black-suited, nonsense-spouting, calle-clogging international epicureans had descended on this beautiful city.

One of the wonders of La Serenissima, however, is that you can always find artistic solitude if you search. And mixed in with the gimmicky upside-downers at the Baselitz show at the Accademia — the first by a living artist at the great Venetian treasure house — are moments of beautiful painterly adventure.

For deeper joys, gondola over to the dreamy Arshile Gorky exhibition at Ca’ Pesaro, with its unexpected cache of Picasso-inspired early work. You may be the only one in there. And it will feel like heaven.

Gorky was an Armenian who found himself in the crossfire of the Turkish massacres of 1915, and ended up in America, where, unsurprisingly, he took an age to find his final style. Hence all the Picasso tributes. When he did get there, though, the hesitation and the anger seemed to flood out of him, and grace and delicacy flooded in. Poised in a fragile balance between figuration and abstraction, his mature paintings are as beautiful as American art ever grew. Can living in interesting times be good for you? Yes, it can.