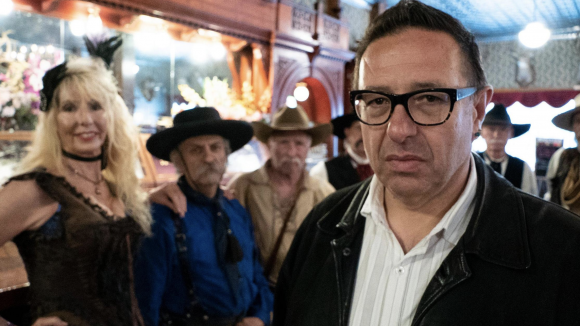 Have you heard the one about the art critic who wanted to make American art great again? But then an elephant called Donald waddled into the room and pooed on the critic from a great height? Reader, that art critic was me.

When I started making Big Sky, Big Dreams, Big Art, my hugely optimistic series about the golden age of American creativity, the world was a different place. Back in 2015, Barack Obama was president, and his successor was surely destined to be Hillary Clinton. It all felt excellently progressive. Then Trump happened.

In practical terms, the arrival of the elephant had a modest impact on my plans. Getting into the US to film became harder with the new astringency at the borders. American art? What’s that? Where are you staying? What’s in those cases?

The biggest change, though, was on my side of the border, between my ears. Basically, I had a crisis of confidence. Here I was, making a series about the golden age of American art, telling everybody how exciting and revolutionary it was, yet every time I straightened my back and prepared to say it on camera, the president would come out with a line about grabbing women “by the pussy”, or global warming had been invented by the Chinese, or Mexico was full of rapists.

So, pretty much every morning on the long days of driving and shooting — however big you think America is, it’s bigger — I would slap myself in the face and mutter to the mirror: “Trump is temporary. America is not.” He has his mantras. I had mine. 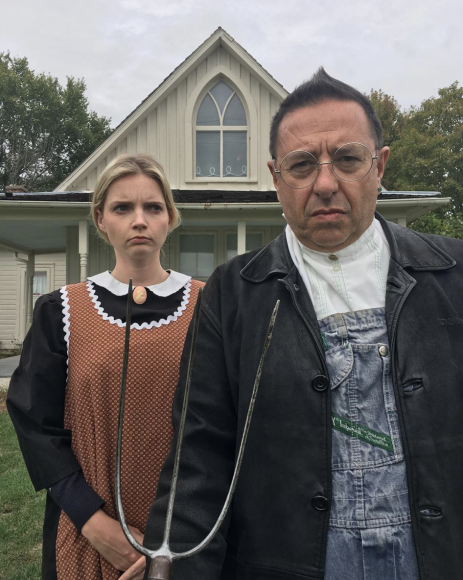 The series had a couple of small ambitions, and one huge one. The first of the small ambitions was to avoid mentioning Andy Warhol. The art world is addicted to Andy. The vast number of shows devoted to him that had crowded the calendar in recent decades had drained every drop of my enthusiasm. Andy had outstayed his 15 minutes. I had had enough of the wisecracks, the blankness, the Factory fools.

My second ambition was less grumpy. In avoiding Warhol, I hoped to discover the less familiar artists obscured by his shadow. A country as big as America, with as chequered a cultural past as America had, must surely have produced scores of talents who had been overlooked? And so it turned out. One less film about Warhol meant one more film about Alexandre Hogue or Jerry Bywaters or Margaret Bourke-White or Jenne Magafan. One less film about the Factory meant I could drive to Helper, Utah, or Farmersville, Texas, or Cedar Rapids, Iowa.

So those were the titchy reasons. But the big one was a desire to give American art its due. To celebrate it with the enthusiasm it deserves. To deliver the clap on the back that the unexpected advent of the Trump years had made so complicated. Cultures are at their most telling in their early days, when they are at their most fluid and trying their hardest to become something solid. It’s true of everywhere, but it’s especially true of America, where the desire to become a new kind of nation was evident from the off.

The golden years in American art lasted from about 1870 to about 1950. And what’s especially striking about this unfolding epoch of creative nationalism, embarked upon so energetically once the constitution had been written and the civil wars had been fought, is how many of the pioneers were foreigners.

Thomas Moran, who painted the greatest early views of the American West, was from Bolton, Lancashire. His dad wanted to escape the satanic mills, so he took Tommy to Philadelphia in 1844. At the other end of the story, when the abstract expressionists finally invented the first uniquely American ism in the 1940s, most of the cast were Jews, runaways and immigrants. Rothko was born in Dvinsk, in modern Latvia. Gorky was Armenian. John Graham, the mysterious spider at the centre of the ab-ex web, who isn’t nearly as well known as he should be, had previously been Jan Dabrowski and Ivan Gracianovic and Dzen Gresham. When it came to artistic identities, American artists were actors in a costume shop.

As I put my Duesenberg Model SJ cabriolet into gear — the last Duesenberg ever made, designed by the German abstractionist Rudolf Bauer and worth about $6m today — the disconnect between reality and fantasy that was such a glaring feature of much of the creativity I was encountering made it easier to put my foot down. This wasn’t a proper car. This was 20ft of car-shaped imagining.

It was DH Lawrence who forced me into all the driving I do in the series. In an essay, Lawrence pointed out how different places in America have a different spirit, and how this “spirit of place” infects the art made in them. All I had to do was to settle on three particularly resonant territories and tell their individual stories. The Wild West, the Modern Metropolis, the Small Town practically chose themselves.

The Wild West film celebrates an insistent fantasy. When Moran rode the newly completed transcontinental railroad to Wyoming for the first time, in 1871, the small town of Green River was a stack of filthy railway parts: “Hell on Wheels”, they called it. But in the paintings Moran did of it, influenced mightily by Turner, it glows fiercely red and orange, and looks like a slab of biblical desert transported from the Holy Land. From the heroic cowboy art of Frederic Remington to the pictorial gunslinging of Jackson Pollock, who turned up in New York in a stetson and cowboy boots, the Wild West has always been make-believe. 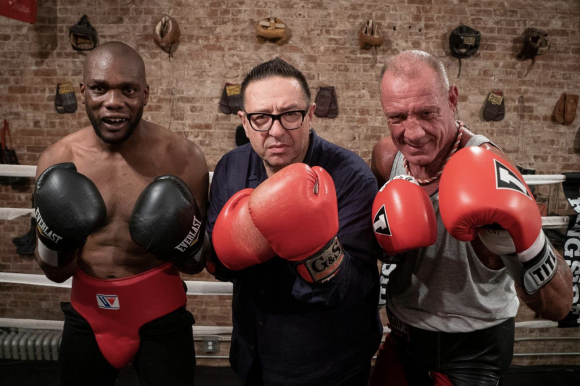 With the Metropolis film, I was determined to avoid the adoration of the skyline you usually get in such surveys, and to look down at the dark stuff happening on the ground. My American metropolis is harsh, poor and brutal. That’s why you see me making such a clown of myself as I climb into a boxing ring of the kind painted in the 1910s by the blackly brilliant George Bellows. I finish on Rothko, because there seemed to be such a direct connection between the rootlessness of his Ellis Island origins and the fogginess of his signature art.

The hardest film to make was the one about the American small town. The Trumpian shadow was at its longest here, and the air was thick with accusation. Think of all the pop songs that have been written by angry guitar warriors who can’t wait to get on the road and out of the small town.

But what’s true of cheap pop thinking and casual Autocueing on the news turned out not to be true of the art produced in such places. Small-town America was actually the locus of scores of fascinating art moments. In the 1930s, when Roosevelt’s New Deal was keeping American artists alive, railway stations and post offices up and down the land were filled with extraordinary murals. Walk into any small-town post office in Utah or Texas and you’re likely to be confronted by an unexpected fresco.

Even the artists we do know about can be thoroughly misunderstood, like the universally familiar Grant Wood, who painted American Gothic, the archetypal small-town image of two glum farmers from Iowa rhyming with the architecture of their windows. Examine the rest of his work and you’ll see a sneaky, giggling, subversive observer of small-town society.