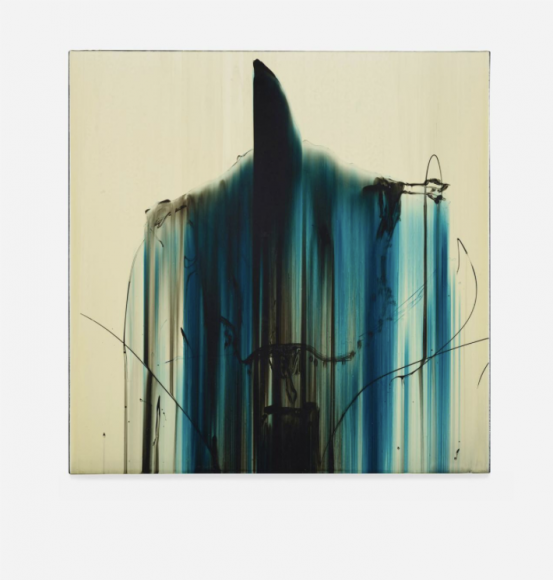 Last year I interviewed Damien Hirst about the extraordinarily ambitious exhibition he had mounted in Venice. Treasures from the Wreck of the Unbelievable, he called it. The fake-news show, I called it. The hundreds of ancient artefacts that had gone on display were supposed to have been recovered from a capsized ship off the African coast. But we all knew they hadn’t been.

It remained a marvellous event, full of eye-popping exhibits that must have cost the earth to make. Giant marble unicorns. Amazon warriors, 30ft tall. Cabinets filled with gold. Buddhas fashioned from solid jade. As a parade of Baghdadian ostentation, it made Aladdin’s Cave look like a lock-up in Plaistow. “The most ambitious solo exhibition any artist has ever mounted,” I mumbled in a dazed review. 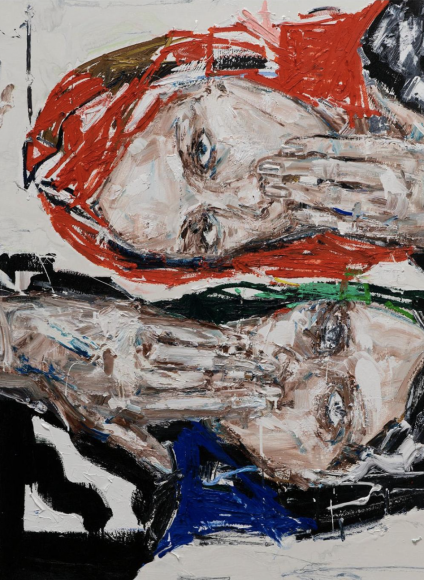 What I remember best from the interview, however, pertained to none of that. What I remember best is Hirst, having exhausted himself from the effort of keeping up his big bluff, suddenly firing an impish grin at me and announcing that 95% of all the art sold around the world was pictures. “That’s what people really want. Something to hang on the wall.” He was hoping to contextualise his gigantic Venetian folly, I think, to make clearer what a heroically pointless effort he had embarked upon. But he was also sharing a useful titbit of information about the bedrock of our taste for art. And the bedrock of his own taste for art.

All this came quickly back to me when I stepped into the new show at the Newport Street Gallery, Hirst’s beautiful gift to Vauxhall. So far at the gallery we have seen a parade of familiar art-world names from his personal collection: Jeff Koons, John Hoyland, Gavin Turk. These were artists with existing reputations, being reconsidered but not unveiled. The new show, however, features two artists who will be new to most of us. Having been a patron, Hirst is making his debut as a kingmaker. And the thing that strikes you immediately — it smacks you in the eyes — is how painterly both of them are. These aren’t just pictures for the 95%. These are displays of daubing in which the means of production has been fiercely upper-cased.

John Copeland, whose art is on show upstairs, is from California, but he lives and works in New York. And the way his art manages to meld West Coast decadence with East Coast intelligence — excess with restraint — is straight from the American pattern book. A typical Copeland will feature an alluring nude, porn-thin and giving you the eye, emerging from a storm of abstract expressionist brushstrokes that seem almost to be ignoring her as they pounce about the picture. She is she. They are they. There’s a paintball contest raging between figuration and abstraction, and neither side is winning.

Much of the imagery here began life as a centrefold in Playboy or on the cover of Easyriders, a bikers’ magazine in which, er, chicks in bikinis straddle big choppers. So, no, we are not talking sophisticated origins. Copeland is on the macho wing of American painting, the Marlboro Man wing. Mood-wise, his blood brothers are Willem de Kooning, Eric Fischl, Richard Prince. 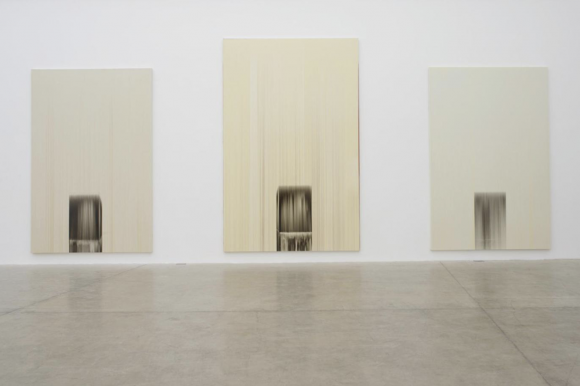 His titles are a hoot, though, and they introduce an immediate dash of complexity. My Favourite Terrible Ideas shows two topless women, one with green hair, the other with red, sitting at a black table on which is heaped a selection of abstract signs. A Difficult Set of Instructions, from 2015, shows an undressed girl with green hair standing in front of what seems to be a blackboard, on which she has scrawled a mysterious mix of geometry and evidence: a square, a dagger.

Having already been through the selection process at Playboy, the girls in the paintings know how to stand and pose and project. The looks they exchange with you yank you into a guilty contract with them and add a psychological punch to the interaction. Copeland can dissemble all he wants in his interviews about the meaning, or non-meaning, of these nudes, but heavens, he’s good at painting them.

That said, describing his imagery so literally is probably doing his art a disservice, because what counts as much here — what his pictures are most noisily about — is the paintwork: the brushstrokes; the generous tubefuls of colour; the sudden appearance of a red; the perfect choice of a green. This love affair with paint is even more evident in those works that switch traditional art subjects from the nude to the dinner table, from the realm of Goya’s Maja to the realm of Veronese’s Wedding Feast at Cana. Copeland is taking on the Old Masters — California-style. 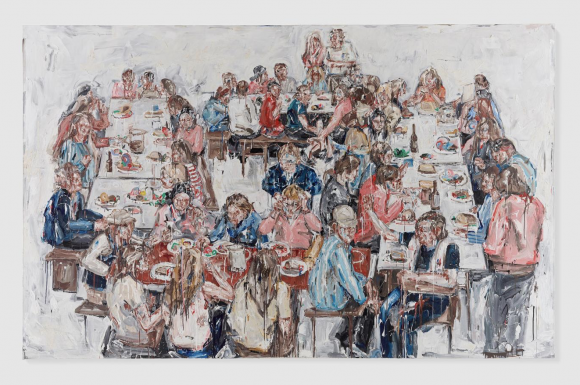 The biggest picture in the show, called And I Cursed the Sun for Rising, is a gigantic dinner party: 50 or so figures hunched around a set of tables, leaning, talking, eating. It’s a very busy picture, packed with effortful human interaction. But the best bits are the tiny flicks of painterly shorthand describing the plates of food in front of the guests. Like a colourful bird released from a cage, the paintwork grows suddenly dainty and free.

Copeland’s impressive unveiling bodes well for Hirst the kingmaker. And it does so quickly, the moment you walk in. Downstairs, at the gallery entrance, the paintings of Rachel Howard work at a different speed. I came round to loving them. But it took a while.

Howard works with household gloss paints, which she allows to run down the canvas and form pools and waterfalls in the manner of Callum Innes. Except that Innes uses lurid colours, whereas Howard, in this show, confines herself to creams, whites and vanillas. Angelic colours, with a sense of the heavenly about them.

In fact, the 15 paintings, all large, all pale, are a contemporary version of the Stations of the Cross, that momentous ecclesiastical cycle in which Christ’s final trudge to Calvary is remembered as a sequence of harrowing episodes. Howard’s paintings do not describe the scenes, but they are an attempt to evoke their religious plangency and seriousness. A secular Via Dolorosa, if you like. 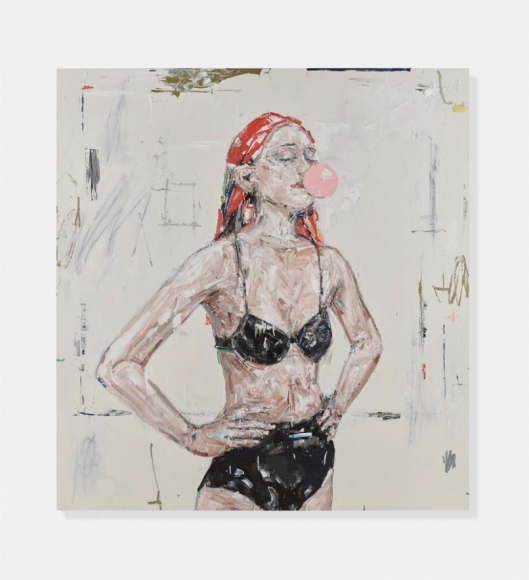 It all started, I read, with that infamous photo of an Iraqi prisoner being tortured by American soldiers at Abu Ghraib — the one where he’s standing on a box with his arms outstretched in a crucifixion pose, while his head and body are hidden beneath a black robe. This sense of concealment, the invisible prisoner behind the cloth, is echoed in a set of beautiful abstractions that reveal their deeper meaning — their sense of tragedy — very slowly. If at all.

Indeed, it seems eminently possible to me to miss the Stations of the Cross bit entirely, and to admire these delicate waterfalls of whiteness on a purely Cornish level. How tasty all these generous creams and alabasters and vanillas would look on a scone.