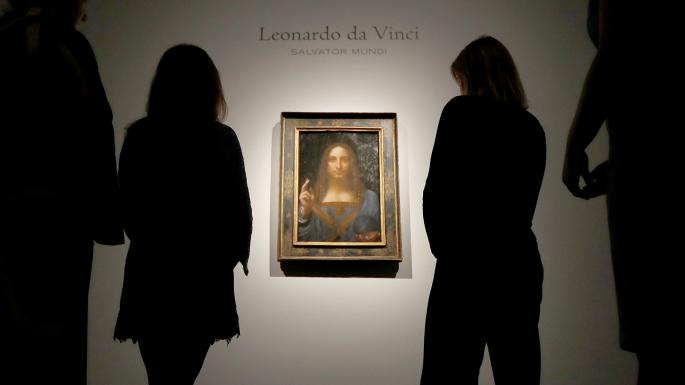 Leonardo da Vinci had a big brain — we all know that. But back in around 1506, as he was dabbing away at a spooky little picture of Jesus Christ as Salvator Mundi, the saviour of the world, not even he could have foreseen that 500 years into the future the pint-sized Christ would smash the world record for a work of art at auction and that some rich schmuck on the phone would end up paying £341m ($450m including commission) for it.

Prior to Wednesday’s sale at Christie’s in New York, the record for a painting at auction was £115m, paid for Picasso’s Women of Algiers in 2015. But the Picasso was modern art and modern art has recently been in a different league when it comes to prices.

The previous record for an Old Master was a paltry £49.5m paid for Rubens’s brilliant Massacre of the Innocents in 2002. Last week’s Leonardo made £49.5m look like a bus fare.

It couldn’t have happened to a weirder picture. To call the Salvator Mundi untypical is massively to understate the case. It resembles nothing else Leonardo painted.

I first saw it Sellotaped to the wall in a battered old farmhouse in Tuscany. It was actually the house near Vinci in which Leonardo was born. The council had turned it into a museum of sorts devoted to its former occupant.

There were no original artworks on show — by the look of it they could barely afford the Sellotape — but someone had photocopied a selection of Leonardo paintings and stuck them to the door. Among them was the Salvator Mundi, bleached pale by the Tuscan sun. Leonardo had painted the original, said the caption, but it was lost and known only through copies.

Even in the faded Xerox it was obvious that this was Leonardo da Vinci going way off piste. The frontal stare, the sci-fi Christ, the frozen pose, were all so unlikely.

As Saviour of the World, Jesus holds a crystal sphere in one hand, representing his command over the universe, while the other hand blesses us with a gesture of benediction. The image was supposed to fill us with thankfulness that Christ had saved us from our sins. But as Jason Farago put it perfectly in The New York Times last week: “This Jesus, far from saving the world, might struggle to save himself a seat on a crosstown bus.”

The next time I saw the painting was in 2011 when the big Leonardo exhibition opened in London. Full of magnificent loans — the Lady With an Ermine, from Poland; the Virgin of the Rocks, from the Louvre — it really was a once-in-a-lifetime event. And there on the wall was the recently rediscovered Salvator Mundi looking just as strange and sci-fi as I remembered it.

At the time it was owned by a consortium of art dealers who had bought it in an American estate sale for $10,000 as a work by a follower of Leonardo. The dealers had had it comprehensively cleaned and repainted. The National Gallery, eager to give its show a boost, announced it as the first new Leonardo discovered in 100 years. Wow. 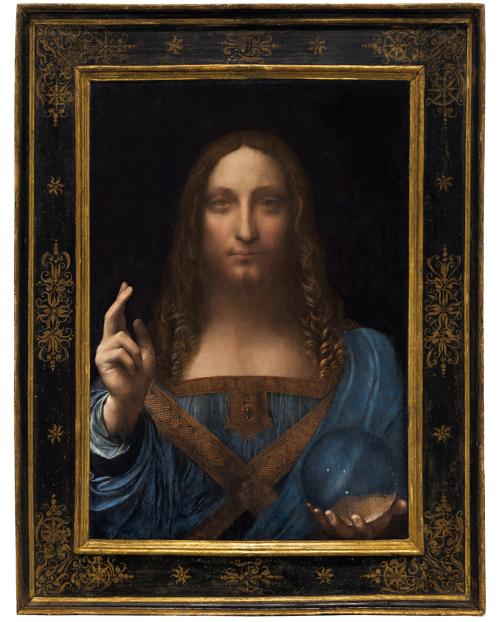 In 1958 the same painting, uncleaned, worm-ridden and battered, had sold at Sotheby’s in London for £45. But the imprimatur of the National Gallery made all the difference. Soon after its London unveiling it was sold on to the Russian billionaire, Dmitry Rybolovlev, for a reputed £98m. It was Rybolovlev who sold it again in New York last week.

How did Leonardo’s sci-fi Christ, who looks as if he belongs on the cover of one of L Ron Hubbard’s scientology textbooks, end up costing all those shekels? It was mostly due to the wicked brilliance of Christie’s.

Not only did the auction house tour the picture noisily to Hong Kong and London before the New York sale, drumming up interest among the newly rich, but its hype department was also in full swing on this one. Finding a new Leonardo, boomed Gouzer, “is rarer than finding a new planet”. It’s “the greatest artistic discovery of the century” repeated the Christie’s chorus.

The evil masterstroke was to put the painting not in an Old Master sale, where it belonged, but slap in the middle of an evening sale devoted to modern art.

In recent years modern art has been where the money goes. A new generation of mega-rich collectors who know a lot about luxury brands but not much about art, have piled into the market and sent prices soaring.

Earlier this year a quickly splattered Jean-Michel Basquiat of a face shaped like a skull sold in New York for an astonishing £85m. By putting the Leonardo in such a context, Christie’s circumnavigated the knowledgeable world of the Old Master collector and headed straight for the dumb f**** with the money.

There are various ways to understand events in New York on Wednesday night. You can see them as evidence of Leonardo’s treasured and mythic status in art. You can see them as testimony to the power of attribution. Or you can see them as proof that we live in a mad world that has lost all sense of true value and in which obscenely rich people waste obscene amounts of money on the obscene acquisition of trophy art. Going, going, gone.