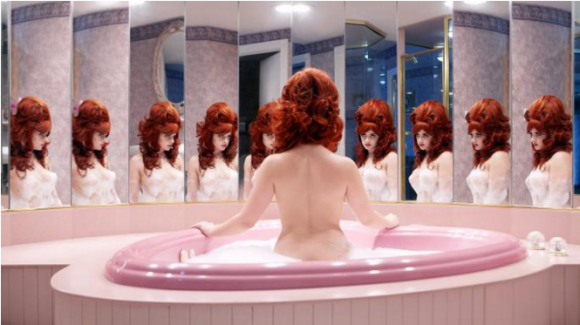 The stupidest thing ever said by the German conceptual guru Joseph Beuys — and he said a lot of stupid things — was his pronouncement “Jeder Mensch ist ein Künstler”. In English, “Everybody is an artist”. As if.

Of course, it was also the most popular thing Beuys ever said, because, let’s face it, being an artist is a dreamier gig than being an accountant or an estate agent or the chap who wipes the lavatories. No little girl or boy ever woke up in the middle of the night dreaming of being a porter in a hospital or a cleaner in an old people’s home. But plenty of us have had cause to imagine that, given the right circumstances, our creativity might be adored by others.

Beuys was a showman, a world-class ingratiator of himself with his public. He knew what people wanted to hear, so he said it for them. And in the process he played a part in the breakdown of earned value that has become such a dismal feature of contemporary living, and that now provides the background to the story being investigated in a stimulating event at the Saatchi Gallery: the story of the selfie.

The show — a mix of historical selfies with ones produced by contemporary artists, tailed by a large amateur section where all we Menschencan join in — has identified the self-portrait as a particularly active cultural battleground. It’s an astute observation of spectacular relevance. You need only glance at the portion of this display in which notable amateurs are seen taking grinning pictures of themselves — presidents at global summits, famous actors at famous award ceremonies, astronauts orbiting the Earth, skydivers jumping out of planes, reality stars standing naked in front of mirrors — to concede that we are living through the selfie’s golden age. These days, nobody is prepared to remain a nobody any more.

The given with selfies is that they need to look like you, or at least be recognisable as a representation of you. In the past, only artists, and pretty skilled ones at that, were able to record themselves with enough mimetic accuracy to fulfil this criterion. We begin, therefore, with a set of self-portraits produced by assorted Old Masters who enjoyed looking at themselves. Rembrandt, Velazquez, Van Gogh and, more recently, Picasso and Frida Kahlo were all determined starers into their own eyes.

Half of this opening gallery is devoted to male artists, the other to women. At first, the separation appears surprisingly telling — men look in, women look out — although the fact that we are confronting digital reproductions, rather than actual paintings, adds a layer of electronic coarsening to the observation. I’d have preferred real paintings. But they wouldn’t have fitted in as happily with the Primark moods to which this show is relentlessly descending. 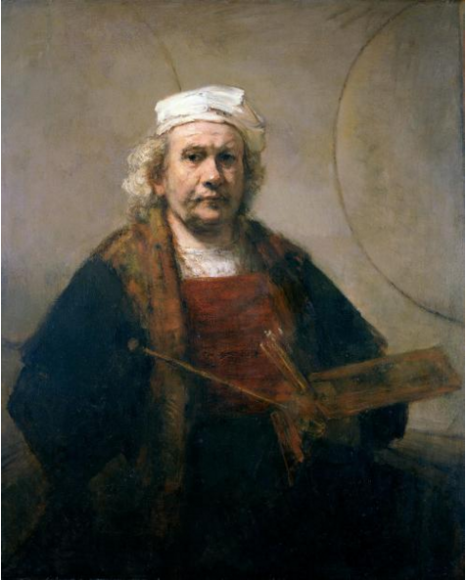 With Rembrandt, there was always a strong sense that looking at himself was the equivalent of looking into all of us: that by recording his own wrinkly face from year to year as it sagged slowly into old age, he was recording bigger truths about the human condition. It’s actually an illusion. Rembrandt’s self-portraits were imaginative projections created deliberately with scowls, costumes and gestures. There was a market for poignancy and he was exploiting it.

Thus the biggest bigger truth here is that self-portraiture has always been a vehicle for projection rather than investigation. By the time we get to Kahlo and her pioneering feminine narcissism, it’s clear that artists did not look into mirrors to peer into their own depths. They looked into mirrors to see who else they could pretend to be.

Kahlo’s face barely alters from picture to picture. With her celebrated monobrow and coal-black peepers, she’s a fixed version of herself, trying on new identities like an agitprop Barbie opening her Christmas presents. What changes is the symbolism used to evoke her different personas: the props, the costumes, the animals. Kahlo can accessorise herself into whoever she wants.

It’s an approach that attracts many followers, particularly among contemporary women artists, whose madcap role-playing provides this show with many of its best moments. A row of pretend film stills by Cindy Sherman sees her playing the role of the heroine in a moody assortment of films noir, whereas Tracey Emin in a sexy black slip flashes mysterious bits of herself at us and encourages us to imagine which bits they are.

The men generally forgo these more glamorous illusions and choose, instead, a Rembrandtian pretence of unadorned truthfulness. The sudden appearance of a naked Lucian Freud, standing in his carpet slippers, shivering like a snail yanked out of its shell, feels initially like a bucket of cold water thrown at the proceedings. How white and veal-like he appears. But there’s something familiar about his pose. The way he holds his palette with one hand and his palette knife with the other is borrowed from evocations of heroic Spartans wielding their sword and shield. Like Rembrandt, Freud is piling on the pathos. 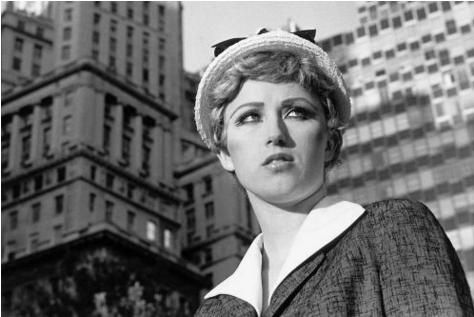 Having begun with a precis of self-portraiture’s historic urges, the show careers into an unstoppable array of selfies from more recent times. In the epoch of labour-saving devices and unearned value, jeder Mensch needs only to point and click an iPhone in self-facing mode. And, boy, do we love doing it.

Thus the selfie has become the locus of various booms and busts in societal values that provide the Saatchi survey with things casually to investigate. Christopher Baker’s Hello World! Or: How I Learned to Stop Listening and Love the Noise is a terrifying roomful of “over 5,000 video diaries found on the internet”. It feels like more. It feels like 20,000 video diaries, all playing at once, all screaming “Listen to me, me, me” as they collectively evoke the Niagara Falls of desperately fluid identities that has come crashing down on our world.

Reader, if you really want to stand out from the crowd, put away your phone and remain unrecorded. It’s the best way to be different. As for that photo of me dressed as Rembrandt at the back of the catalogue, I don’t know how it got there. Honest.

Tate has announced that it is scrapping the age limit for the Turner prize. It used to be confined to artists under 50. Now anyone can win it. It’s a terrible decision. It takes the prize back to the bad old days when it was nothing more than a distinguished service medal and when everyone who had been around for long enough would eventually win it.

The age limit of 50 — hardly a yoof limit — ensured the prize was generally awarded to artists who needed the money and whose careers could be boosted by it. Goodbye, exciting breakthroughs. Hello, boring same-olds.

From Selfie to Self-Expression, Saatchi Gallery, London SW3, until May 30