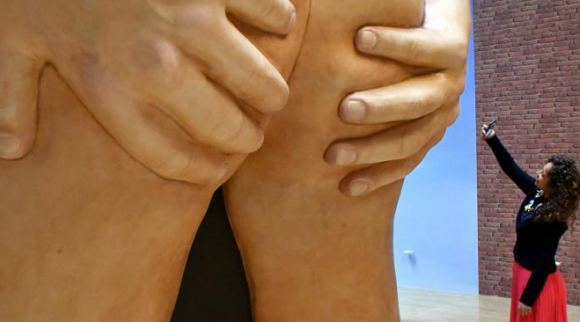 It’s the 32nd year of the Turner prize. So it’s a year older than Wayne Rooney. Something to cheer or something to jeer?

Had you asked me last year, I would have been in the jeering camp. The prize then was won by an architectural collective called Assemble, which had done helpful things on Merseyside. I salute their architectural achievements. But only in the befuddled minds of the curatorial class could the refurbishing of a row of terraced houses in Liverpool qualify as “an outstanding exhibition by a visual artist under the age of 50”.

Comic slippages of reality are, of course, a feature of contemporary art in general, rather than the Turner prize in particular. Assemble were a good thing, even if they had been trebucheted into the wrong world. But in its mission to gain attention for contemporaneity, the Turner had had too many such moments: too many leaps into silliness; too many tendentious stretches. Last year, as I said, I would have jeered.

This year is another matter. Whether it is the arrival of a new director at Tate Britain to lead the discussions, or simply better presences on the jury, I cannot say, but something good has clicked into place. Lively, visual, inventive, fun — the 2016 Turner is an event to applaud.

It is obvious as well that the new director, Alex Farquharson, wants change. At the entrance to the show, we now have a seating area with comfy sofas and a leafy border of potted plants. Contemporary art being what it is, I naturally assumed this to be one of the exhibits. But no. It really is for sitting, relaxing, chatting about the work.

In truth, the seating area belongs in a hotel foyer. As the entrance to the Turner prize, it looks a touch daft. Here, though, is a director who has recognised that the prize has a problem with curatorial disconnectedness and is seeking to reverse that. Good on him. Another difference is the granting of permission to photograph the exhibits. In previous years, one lift of a smartphone and the gallery paramilitaries were onto you like the SAS. 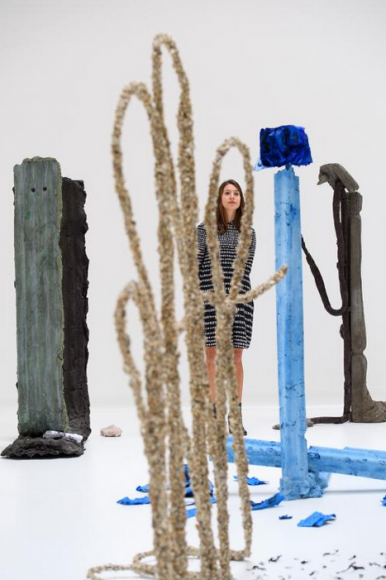 The charm offensive continues in the show itself with a strong shortlist of four, each of whom is properly in the business of art, which is to say they all speak to the eyes first, and the rest follows: amazing how often that is no longer the case. Their amalgamated presence tells us something valid, too, about recent developments in British art. Hurrah! The Turner should always be an annual catch-up. Unfortunately, curators with agendas have less generous ambitions, and the three most recent shows, each more tedious than the one before, have been their playthings.

This time, the good work begins immediately with Helen Marten, who makes mysterious artworks that flit between modes. Is this sculpture or installation? Are these organic presences or mechanical ones? The array of materials she uses is spectacularly odd: shells, bicycle chains, the soles of shoes, snakeskins, coins, marbles, eggs, architectural drawings. All these, and lots, lots more, have been brought loosely together in abstracted clusters that feel as if they might have been built to perform a task. There’s a vague air of a workstation, something feral and post-apocalyptic, as if Mad Max has used the charred contents of a cabinet of curiosity to build himself a machine for turning chickens into petrol.

The textures, too, are mysteriously foreign. Where earlier scatter artists plundered the Great British skip for their materials, Marten feels as if she has been to Bangkok, to Kiev, to Delhi, where she honed her assemblage skills in oily roadside garages that can fix a rickshaw with the salvaged parts of a washing machine, plus some vulture bones. Because there’s also a whiff of voodoo, an air of ritual, as if a spell is being cast and these are the ingredients. Finally, her work is so madcap, it’s funny. And the arrival of some humour in this year’s Turner is another welcome development.

The chief comedy actually comes from Anthea Hamilton, who gives us a giant arse protruding from a brick wall. The Turner prize is mooning us!

The piece was inspired by a real-life project in the 1970s by the New York designer Gaetano Pesce, who proposed it as a doorway for a posh apartment on the Upper East Side. His point, I read, was to comment on the different entrances used by wealthy homeowners and their workmen. Hamilton has fogged the class politics by enlarging the bottom to monstrous proportions and confronting us instead with a homoerotic invitation that cannot be missed. The dedication of the brick room to Pasolini and the titling of the installation as Lichen! Libido! Chastity! complete a cheeky shift into the seaside postcard end of sexual aesthetics.

On the other side of the brick wall, meanwhile, a second Hamilton installation surrounds us with a bright summer sky, in front of which hangs an array of beautiful chastity belts. Thus, one space blocks your entrance while the other demands it. I have no doubt whatsoever that the intended sexology of the piece was more complex than I have sketched. But, frankly, no amount of nuancing will ever stop a giant arse from being a giant arse.

The third artist, Josephine Pryde, is the exhibition’s mild disappointment. In previous Turners, she might have impressed with her quietude and thoughtfulness. In this one, she feels like the weakest flavour.

A ring of photographs of female hands holding, lifting, using an assortment of banal objects — a phone, an iPad, a notebook — seeks to provide some statistical insight into the gestures favoured by commercial advertising. It’s useful sociology, perhaps, but as art, it’s dull. So is the range of kitchen worktops on which the summer sun has left photographic shadows of the domestic objects placed on them. So, even, is the big model train that carried visitors round the gallery in previous Pryde exhibitions, but which has been halted here and mounted on a plinth, as if the artist wishes to appear more grown-up. Come on, Josephine. We Turner prize visitors want a go on the train!

Finally, there is Michael Dean, a word sculptor, for want of a better existing expression, about whose work there are currently noisy rumbles in the art world. Starting out with words that mean something secret to him, Dean, who is from Newcastle and began as a concrete poet, enlarges the letters, beats them up, tramples on them, reconstitutes them in unglamorous materials and turns them into grotty sculptures that look as if they were found by the bins at the back of a council estate. They are like grungy versions of the Channel 4 ident. And it takes a while for the messy visuals to coalesce into legible texts and numbers. When they do, their decrepit mood deposits you in Benefit Street.

That some class warfare really was intended here is made clear by the work lengthily entitled “United Kingdom poverty line for two adults and two children: twenty thousand four hundred and thirty six pounds sterling as published on 1st September 2016”, which refers to the government’s official advice on how much a typical family of four needs to survive in the UK. The resulting sculpture consists of £20,436 — in pennies! — a slag heap of dirty bronze, next to which the artist has added a word sculpture showing himself, his wife and their two kids. To complete the piece, he took away one of the pennies, plunging everything we see below the poverty line.

Dean is a feisty presence. But with so much accident involved in the production of his deliberately messy sculptures, the results are inevitably hit-and-miss. A couple of pieces strive for an unexpected note of lyricism, notably the wonky self-portrait with his family that accompanies the avalanche of pennies. Inside the Newcastle hard nut, you feel, a big softie is waiting for his moment.

All in all then, a good Turner prize. The winner could be Dean, but I think it will be Marten. Both work in the signature style of 2016: recycling scummy materials in a search for poetry.
The Turner prize 2016, Tate Britain, London SW1, until Jan 2