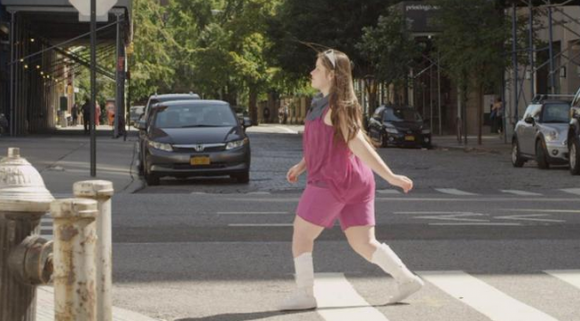 Sound and vision. Put them together and you have a great song by David Bowie, and an entire creative genre. Film. The talkies. Movies. Things you watch at the flicks. What you do not have, until recently, is art. The Mona Lisa made no noise. Cave art made no noise. Picassos make no noise. For 25,000 years, art was silent. Not any more.

The fusion of sound and vision that takes place in video art has encouraged a more aggressive style of creativity: two-pronged, predatory, sense-stirring. And The Infinite Mix, a noisy popup exhibition organised by the Hayward Gallery and located in a disused office block on the Strand, in central London, has set out specifically to examine the results.

Ten pieces of video art, selected because they are especially dependent on the interplay of sound and vision, have been distributed around the levels of what used to be a glassy beehive full of David Brents. Now called the Store, this grim 1960s workplace has been lightly transformed with a few bits of four-by-four and some hasty hardboard into a house of mystery, a mildly sinister multistorey locale that feels like the location for a computer game. Down corridors you wander, up stairs, into offices, into car parks, on your building-wide search for the art.

The first chamber houses a charming piece by our old friend Martin Creed. That’s right. It’s charming. Creed, who won the Turner prize in 2001 with an exceptionally dreary piece of conceptual art that involved (yawn) a lightbulb switching on and off (yawn, yawn) in an empty gallery (doze), has another side as a punky rock musician. For the current show, a catchy number of his called You Return blares out of the speakers as we watch an assortment of wacky pedestrians going across a zebra crossing in New York, Abbey Road-style.

The thing is, they all do it differently. One hops. One goes on his bum. A couple are disabled and wobble interestingly from A to B. If I had to pick an atmosphere with which to compare the resulting video experience, I would pick the mildly surreal mood of those early Beatles films directed by Richard Lester, Help! and A Hard Day’s Night. As I said, charming.

Up the corridor, the Canadian videoist Stan Douglas confronts us with a musical effort of epic proportions — six hours of jazz-funk waffle, seemingly being played in a recording studio by a band from the 1970s who I didn’t recognise. That’s because they have never existed. What looks like an old studio recording is actually a perfect modern recreation, complete with flares, Afros and platform heels.

As you pass from space to space, chamber to chamber, encountering the different artworks scattered about the ruined building, the sense of system collapse in which the whole experience is set soaks into the show and makes it edgier. Kahlil Joseph gives us a gripping dual-screen installation set in Los Angeles, in the dreaded suburb of Compton, where flashes of gangland faces, parties and shootings have been clustered in evocative layers to the accompaniment of a scary hip-hop soundtrack by Kendrick Lamar. “I pray my dick get big as the Eiffel Tower/So I can f*** the world for 72 hours,” he grunts. Good luck with that, Kendrick.

At the other pole of the musical experience, Dominique Gonzalez-Foerster gives us Maria Callas singing three beautiful arias, live at the Store. At least that is what it initially feels like. Walking into a dark corridor, you see and hear Callas singing in the distance. She seems too three-dimensional to be a film. So it takes a lot of looking before you realise this is the artist herself, dressed as Callas, and that her spooky resurrection has been brilliantly achieved with a gothic hologram.

As always with video art, things last too long and meanings tend to sink in bubbling vats of swirling imagery. Cameron Jamie, Rachel Rose and Elizabeth Price could all profit from a weekend course in editing. And in most cases, the music is tasked with too much of the storytelling, leaving the visuals to feel accidental.

But when it works, it works vigorously. Ugo Rondinone’s surround-sound presentation of the 79-year-old beat poet John Giorno, saying his catty goodbyes to the world in a meandering lament that takes no prisoners, is a touching tribute to an old beatnik’s fearlessness. Cyprien Gaillard’s spectacular 3D fireworks display in the basement seems to lift you to somewhere art has never been before: up into the heavens, among the fireworks themselves. 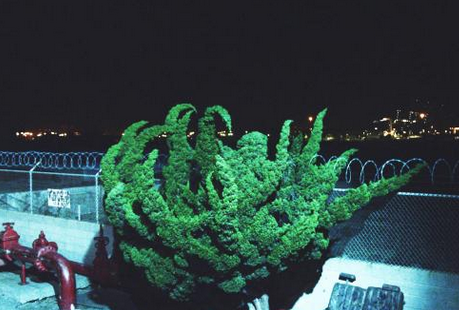 The reuse of an existing building, which works so well at the Store, is exemplified in London, of course, by Tate Modern, which still has enough of the old Bankside power station remaining to bring a touch of the parkour experience to the visiting of an art gallery.

I mention it here because the recent announcement of Nick Serota’s retirement as director of Tate after well-nigh 30 years at the helm is a momentous occasion in British art. He was director longer than anyone else. He presided over a change in attitudes that was astounding. And, in his finest moment, he gave us Tate Modern. But presenting Serota as a visionary would be a mistake. Having watched him closely throughout his reign, I recognise him as a brilliant diplomat, operator and apparatchik, rather than a visionary.

When he started at the Tate, in 1988, Britain was essentially a nation of modern-art haters. Put a sign outside a gallery saying Modern Art This Way and everyone would have queued in the opposite direction. That’s how it was. But to succeed in breaking through this metal door of public resistance required not a diplomat, but a battering ram. 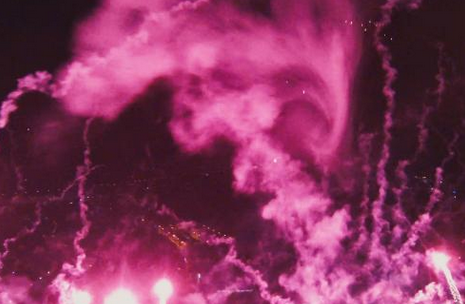 Step forward Charles Saatchi. With his exciting new space in St John’s Wood, devoted to aesthetics that students loved, Saatchi celebrated newness for its own sake. At Serota’s Tate, anyone wishing to get a show needed to join a 30-year waiting list. At the Saatchi Gallery, you could graduate in June and have a one-person show by July. That, more or less, is what happened to Damien Hirst. In a couple of years, he went from being a mouthy unknown at Goldsmiths to front-page news in The Sun.

I was working as head of arts at Channel 4 at the time, trying to get the Turner prize onto television and having to deal with the stubborn bureaucracy of the Tate. Channel 4 wanted to accompany the Turner prize with an ambitious exhibition of shortlisted works: an annual display that summed up what was happening in Britain. The idea met with tremendous resistance. The Tate was happy to restart the prize. But they didn’t want to waste space on a big new show. Nick thinks no one will come, I kept being told. He was wrong. Within a couple of years, the Turner prize exhibition had become the most successful event on the Tate’s calendar.

Unfortunately, Serota wasn’t a very good public speaker, and we TV types kept trying to minimise his presence in the actual programmes. But there was no shifting him. Like a chairman at a Christmas party who’s determined to thank the tea ladies, he insisted doggedly on his airtime. 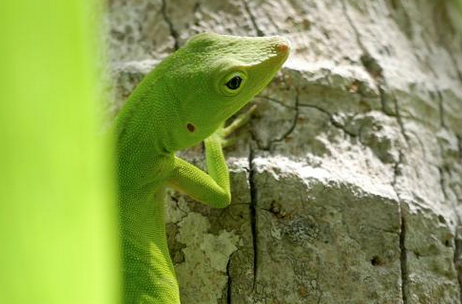 While all this was happening, the British appetite for modern art was increasing. Attitudes weren’t just changing. They were being ripped up. By the time Saatchi mounted his infamous Sensation show at the Royal Academy in 1997, modern art and its outrages were practically yesterday’s news.

The opening of Tate Modern at Bankside in 2000 was a brilliant piece of political opportunism. Blair wanted a landmark; Serota gave him a big one. With tastes altered by events in the previous decade, the public began pouring in to experience a modern art that was conspicuously free of the shock and gore of old. With subtle nudges of the tiller, Serota had turned going to a modern art gallery into an experience not too dissimilar to going to a family amusement park. So, yes, he’s a magnificent Establishment operator. That’s why making him the head of the Arts Council is such a good idea.

The Infinite Mix is at the Store, London WC2, until Dec 4. See theinfinitemix.com