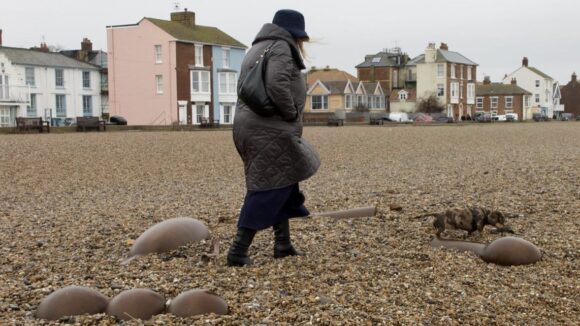 I see Sir Antony Gormley is in the doo-doo again. Residents of Aldeburgh in Suffolk have been complaining about some beach sculptures of his that they accuse of looking “like giant rabbit droppings”. Others disagree. They think the work in question, four submerged roundels of cast iron called Quartet, looks like “a selection of sex toys”.

Gormley, the creator of The Angel of the North, is Britain’s most distinguished sculptor, but in the court of public opinion he’s been taking more hits than a coconut in a village shy.

The weird thing is: he’s not alone. One of the more surprising outcomes of the national lockdowns has been the attention that appears to have been focused on public sculpture. It’s as if being told to stay indoors has made us super-sensitive to what we erect outdoors. 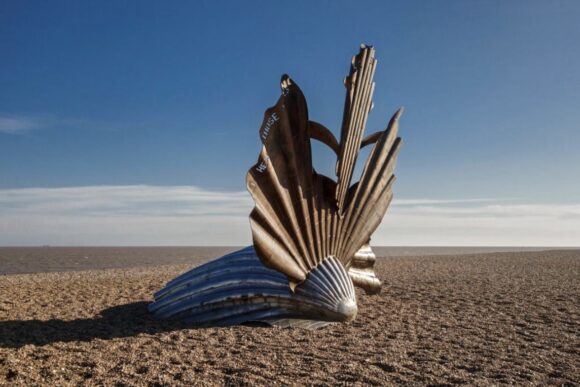 Down the beach from Gormley in Aldeburgh, Maggi Hambling’s sculptural tribute to Benjamin Britten, The Scallop, has also been taking a battering — again.

The criticism of Hambling’s giant seashell, installed in 2003 and unarguably scallop-shaped, is doubly unfortunate for the artist as she can only have just recovered from the terrible mauling she received last year after her nude statue of the feminist hero Mary Wollstonecraft — the one with the “luxuriant lady garden” — was unveiled in Stoke Newington, north London.

What’s going on? Chiefly, I suggest, that two worlds that appear to be same thing, but aren’t, are colliding. One of those worlds is “art” and the other is “public sculpture”. Both can and do occupy the same kind of spaces in cities, parks and beaches. But in truth, each originates in a different cultural universe.

Take Gormley. He is, without a pebble of doubt, one of the best-known sculptors in the world. The number of important exhibitions there have been of his work runs into thousands. His art can be seen in prominent locations all over the globe. Damn it, his Angel of the North even features in the opening credits for Vera. In art terms, you don’t get bigger than Gormley. 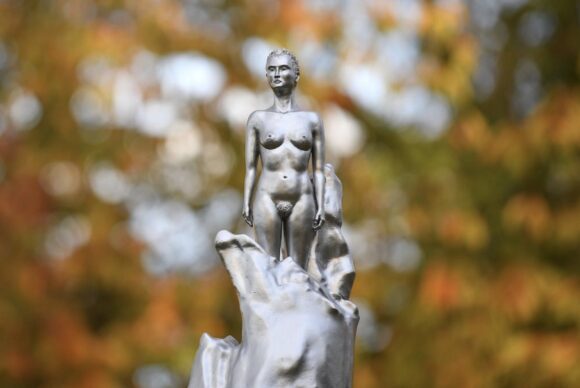 Compare that with Tom Maley, who made the statue of the former England manager Sir Bobby Robson that stands outside St James’s Park football ground in Newcastle — the one in which Sir Bobby appears to be playing pocket billiards with his right hand. I make my living going to art exhibitions. My working life depends on my knowledge of art. But I had never heard of Tom Maley. Who is he?

It’s the same with that 20-ton bronze of a kissing couple that greets passengers arriving at St Pancras rail station in London, the one that looks like something off the cover of a Mills & Boon paperback. It’s by someone called Paul Day. Who he? And the regrettable likeness of Ernie Wise falling over that went up in Morley, West Yorkshire, in 2010, is the handiwork of Melanie Wilks. Never heard of her. 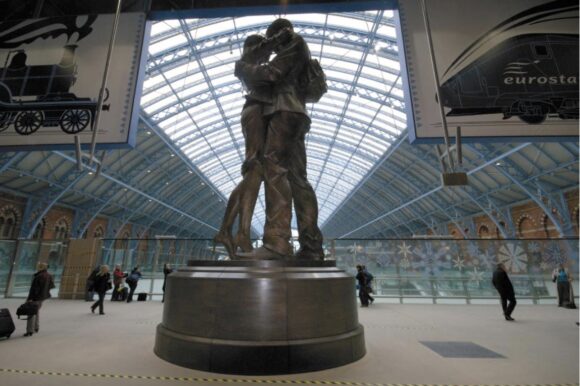 The point is, most of the statuary going up in Britain today is made by a mysterious cast of “public sculptors” who do not feature in any obvious way in the day-to-day progress of the art world, but who appear, as if by magic, when a demand arises for something on a plinth.

Not for one moment do I begrudge these sculptural unknowns their lucky breaks. But their output has created an impression of what public sculpture should and might be that is completely different from the impression sought by and made by art.

I don’t know enough about sex toys to be able to comment fairly upon the parallels being drawn by the inhabitants of Aldeburgh. What I do know is that having a Gormley on the beach ought to be a source of pride and accomplishment.