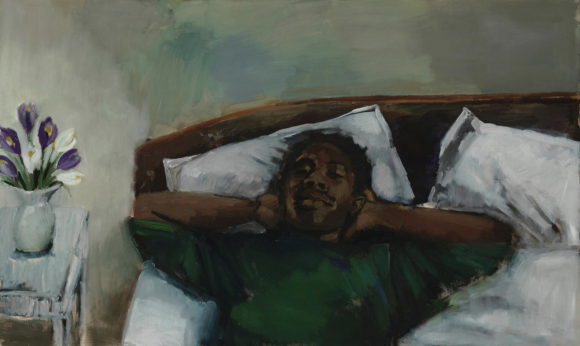 These days, being an art critic consists chiefly of following the official art journey organised for us by the PRs employed by the big museums. Blake last week, Gauguin next week, that sort of thing. It’s a journey planned out years in advance, because putting on these kinds of shows takes decades, not weeks. So there we all are, pedalling round the same racetrack, seeing the same events, coming to similar conclusions, in the same order. It’s ghastly, and it’s anti-art. So how to break out of it?

There’s only one way. And that is to jump across to the private gallery circuit. The good thing about private galleries is that they are essentially uncurated. Someone may have helped with the hanging and so on, but the dead hand of management control you get in public galleries, where the platform announcements of the curator drown out the wild squeaks of the artist, is missing. Private galleries bring you face to face with art in a fashion that is more direct, less mediated.

So, in a good week like this, you get two shows of sizzling potency that can be enjoyed and admired where it really counts — in private. Bliss.

Lynette Yiadom-Boakye, from south London, is an artist who has made issues of blackness central to her work in particularly tangible ways. Where most of her peers treat blackness as a social and historic condition, with impactful implications for the individual, Yiadom-Boakye sees it as a painterly challenge. In her shows, from the moment you walk in, you sense a confrontation with all the white faces, by all the white artists, in all the white centuries before. In a Yiadom-Boakye show, feeling number one is the shimmer of something different.

Generally, her paintings focus on young black men — nothing special, just the guy down the road, just daily life-ing — who gaze out at us with a tenderness that is unexpected and unsettling. It’s unsettling because we’re so used to something else. We expect our young black men to exude machismo and otherness; centuries of artistic misrepresentation have ensured it.

In the new collection, guy No 1 lies in bed and stares up at the ceiling with a half-smile, while the vase of pretty tulips on his bedside table seems to rhyme with his thoughts. Guy No 2 just stands there looking at us while the fur stole around his neck strikes a mildly surreal note. Guy No 3 sits at a table, isolated and bleak, a classic melancholic, like all those lonely women in all those cafes, sipping at all that absinthe in all those French 19th-century laments. It’s a brilliant vision, precisely because the ordinariness Yiadom-Boakye celebrates seems so extraordinary. Not in real life, of course, but certainly in art.

It’s noticeable, too, that the new show announces an expansion of her repertoire. The notes of surrealism have intensified. The unpredictability has been upped. A strange image of two men dancing across the canvas, left to right, while holding hands with the unseen barn-dancers beyond, feels, once again, as if memories of post- impressionist Paris have had an impact on its surprising colour scheme of Degas pinks and Picasso blues.

The two guys lying in the grass in The Black Agronomical — one holds up a dead mouse, the other fixes us with a classic Yiadom-Boakye stare — surprise us, not only with the mouse, but also because they look so at ease sprawled out across the green, green grass of home, relaxing like lovers. They have something about them that reminded me of Manet’s Déjeuner sur l’herbe. A tiny sense of being somewhere they shouldn’t be.

These excellent complications expand Yiadom-Boakye’s range into the foothills of surrealism. The little flashes of unexpectedness bring a tang of lemon to the gin and tonic. There’s a sharpening going on as well. A diptych called Lie to Me has a man in one panel and a woman in the other, both crisply dressed in black and white. They should be together. But the panels divide them. So the sense of severance is especially crisp, like a torn page in a Bible.

Always a fluent painter, she has become more accurate as well in her portraiture. A beautiful painting of a young black woman sitting at a table has the same sense of bleak introspection as the aforementioned cafe man. But the arrival of thoughtful women on the cast list feels as if it adds a personal note. Self-portraiture, no. But the feminine experience, yes.

Yiadom-Boakye was shortlisted for the Turner prize a few years ago, but didn’t win, which was ridiculous. Hardly anyone in modern British art has brought as much freshness and reinvention to the territory as she has. Another Turner shortlistee who didn’t win but should have, Mona Hatoum, also has a selection of fresh work showing in a London private gallery, and it, too, is exceptional. 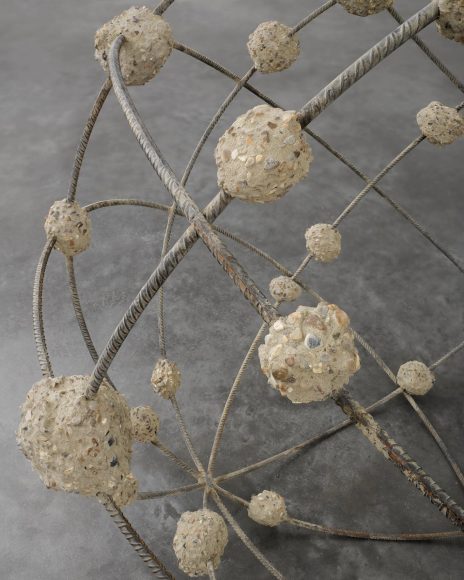 Hatoum, who was born in Beirut, has conflict as her inheritance, and her edgy but thoughtful art seems always to be pinging and ponging between light and dark, order and chaos. To pick a perfect and immediately effective example, the first piece we see is a glass mobile that fills the upper reaches of the opening room and sways gently in the air currents.

Mobiles can’t help but feel delicate. A glass mobile, especially. But the pieces in this one turn out to be shaped like the landmasses of the modern world and, once you recognise their outlines, the gentle swaying takes on a sinister fragility. North America spins. South America turns. Europe drifts apart. When you walk beneath the mobile, the crash of broken glass seems inevitable. It’s just a question of time.

Glass is what makes the piece so effective. It brings with it an in-built sense of fracture. The choice of edgy materials is a Hatoum speciality. A posh necklace on a posh velvet display stand looks like delicate silver filigree, but it’s actually made from the artist’s nail cuttings. A floaty, wispy wall hanging patterned in precise squares — imagine a Mondrian woven by spiders — turns out to be made from human hair.

But these more personal exhibits are overwhelmed here by a bigger sense of politics. The terrible world we live in is being accused by all the larger pieces. What seems to be a precise abstract cube drawn into the air with lines and dots is actually made of bits of Beirut rubble, suspended on a needle-thin framework of rebars. Thus the beautiful minimalism of the arrangement is immediately challenged by the in-rushing moods of a bombed-out Middle East.

And that’s how Hatoum’s work works. First it speaks to your nerves. Then to your aesthetic sense. Then to your sense of history. Then to the things you saw on the news last night. It’s a journey of discovery that begins with instant feelings and ends with deeper knowledge: the perfect art trajectory.