After filling Tate Modern’s Turbine Hall with sunshine, Olafur Eliasson is back with fog, rain and moss 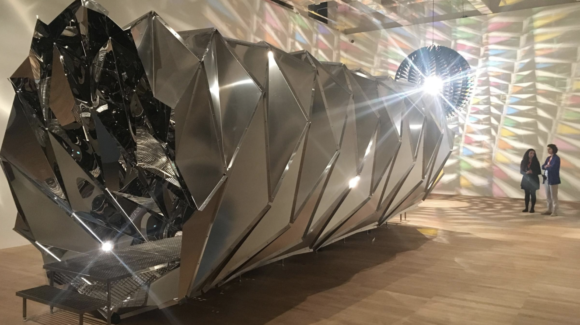 Tate Modern is such a successful museum today — 6m visitors a year; the third most popular in Europe, after the Louvre and the Vatican; the go-to ramp of choice for mothers with prams — that it is easy to forget its risky origins. When it opened in 2000, the gloomy power station turned museum of the new was anything but a guaranteed success.

Was there enough art in the Tate collection to fill the giant hangar? Was there really a British appetite for this much contemporaneity? I may have been the loudest naysayer, but I was certainly not the only one. Yet the gallery has proved us wrong. It has grown into an enormous international success and delighted uncountable millions of happy visitors. And it has done so by cunningly changing the rules of artistic engagement.

Tate Modern has succeeded because it found a way of turning museum-going into an active public experience. There I was, believing that the purpose of museums was to educate the visitor, when in fact it was the other way round. And the pivotal figure in this transformation was Olafur Eliasson. 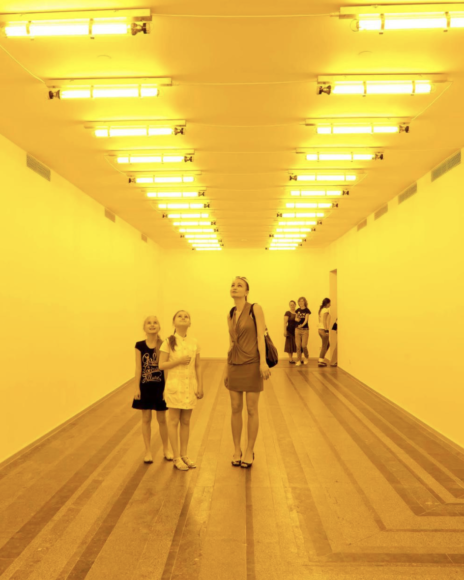 Eliasson’s The Weather Project, from 2003, was the great rewriter. By creating an enormous setting sun on the wall of Tate Modern’s enormous Turbine Hall, by filling the surrounding air with moody mists and shifting reflections, Eliasson pulled off the marvellous trick of bringing the outdoors indoors. His brooding interior landscape was a visit to the fjords that involved no travel; a Turner made real. Not only did it validate and activate the vast glumness of Bankside, it prompted the public to invent new ways of visiting an art gallery.

People began taking their lunch breaks at Tate Modern. They would sprawl on the ground and look up at themselves reflected in the roof. They ate their sandwiches here and made new friends. At weekends, they no longer fled to the Cotswolds for a taste of nature. They could flee to the Tate. With his clever reimagining of the natural and his unerring instinct for human basics, Eliasson changed the balance and the history of art-going.

I am serving up these memories of his impact at Bankside as an amuse-bouche for the retrospective that has now arrived here, and as a signpost. Bringing the outdoors in, involving the public, plucking the primary chords — that is what Eliasson is good at. If you have ever sighed at a sunset or marvelled at a waterfall or thrilled at a rainbow, he’s your man.

The current show is busy with excellent examples of the genre. Starting with student work made in the 1990s and continuing to the present, it’s an event that succeeds regularly in pressing the triggers that make you sigh and smile and yearn. I’d forgotten what a simple soul I was until Eliasson reminded me with a set of floor tanks that fill the room with the sound of gently lapping water. Four small tanks, some mechanical wave-makers, and there I was standing by a starlit lake in Switzerland on a beautiful summer night.

A tad deeper into the journey, I heard the pitter-patter of rain. Rain at Tate Modern? Surely not. But there it was, streaming softly down a window, even though the day beyond was conspicuously bright and sunny. Created by a few jets placed carefully outside, it had me humming Marianne Faithfull for the rest of my visit. “All I hear is the sound/of rain falling on the ground/I sit and watch as tears go by…”

Born in Denmark of Icelandic parents, Eliasson spent his childhood yomping around the Nordic landscape, exploring and enjoying its beauty and its poetry. And that’s what he recreates for us here. Not just the sights, the sounds, the textures, but also the sense of loss that they trigger: the feeling of something gone. 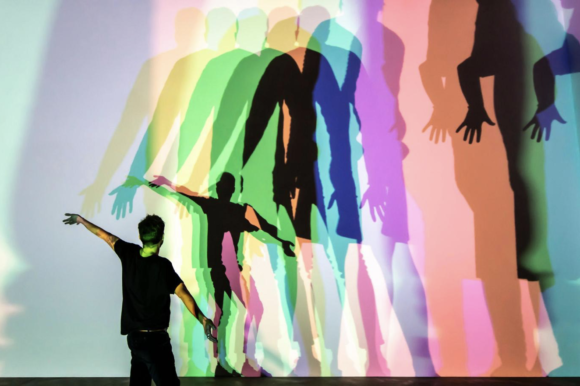 The earliest work in the show, from 1990, is nothing more complicated than the light from a window projected onto a partition. But heavens, how effective it is. We’ve all lain in bed watching a reflection of the window on the ceiling, shifting slowly as the moon moves, or the sun. We all know what he means. Eliasson’s skill — his magic — is to recognise these moments and find a way to recreate them.

Beauty is a nocturnal installation that confronts you suddenly with a rainbow, created artificially by shining lights onto a haze of descending water. “Ooh!” you go. “Aah!” Your Blind Passenger is a tunnel, 39 metres long, filled with fog so dense, you cannot help but wave your arms about in the hope of touching something solid. At first the fog is white. Then it turns yellow. Then blue. So you’re a kid in a magic fog, enjoying every blunder, but hoping also that you find the door.

All this is brilliantly done. Before you go in, the Tate hands you a map of the journey and, as you roam from wonder to wonder, long walk, short walk, in the dark, in the light, past the glaciers, into the caves, through a maze of clever installations, the smiles will tug at your lips, I promise. 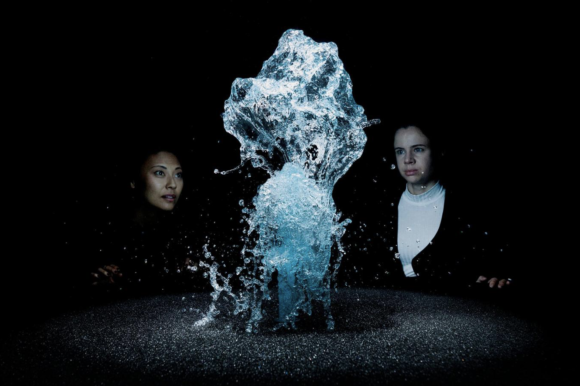 But while recreating the magic of childhood is Eliasson’s earliest and best ambition, it is not the only one he nurses. Nor is it quite enough for the dour curators at Tate Modern, who seem keen to reveal how and why it was all done. For them, magic isn’t enough. You also need the lecture that accompanies it.

Eliasson himself has never tried to hide the mechanics of his artificial natures. His wave-making apparatus is there to see, as is the projector throwing window reflections on the wall. But the results are so transportative that revealing the method of their creation seems to focus the effect, rather than destroy it.

These days, however, he’s not a student any more, happy to remind us of the pleasures of nature. These days, his studio in Berlin employs 100 people and has branched out into the fields of architecture, engineering, product design, global politics and even restaurateuring. During the run of the show, the cafe downstairs will be serving a vegetarian menu based on the lunches eaten communally at the Berlin studio. These days, Eliasson is an art corporation seeking Google-sized expansion. 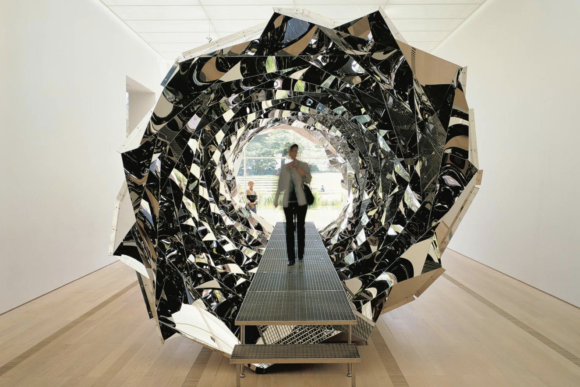 And his studio has been running political campaigns as well, highlighting the dangers of global warming. Included in the show is a set of photographs of the receding glaciers of Iceland. Remember how, last year, he imported 24 chunks of Greenland ice to the Tate to highlight the speed of their melting?

So, while the art here is happily effective and a joy to wander through, the show manages also to trigger a creeping suspicion that there are bigger games afoot. It’s a feeling the Tate curators have enlarged by appending a huge mood board of documentation to the end of the journey, in which we can explore the various Eliasson projects in depth and immerse ourselves in the minutiae of his multivalent eco-thinking.

Visiting geeks and eco-warriors will love it. But for me it was like a magician revealing his methods, and it destroyed some of the enchantment. My favourite Rothko quote finally elbowed out Faithfull: “There is more power in telling little than in telling all.”