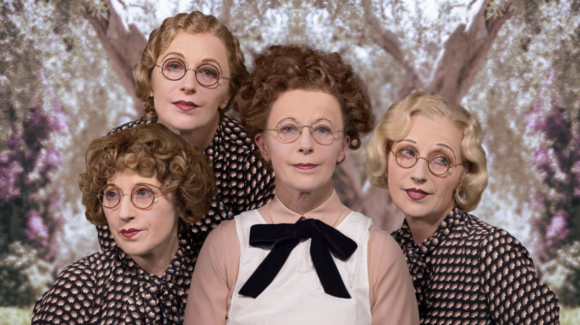 The other day on Twitter, someone asked a good question. Why is it that female historians on the telly are always dressing up in period costumes, but male historians are not? It’s true. Whereas Lucy Worsley and Alice Roberts can be relied on to keep wardrobe departments busy, you never see David Starkey trying on Henry VIII’s codpiece or David Olusoga pretending to be an African oba.

The question popped into my thoughts as I examined two London exhibitions this week. One is brilliant and deep, a fascinating journey through societal norms involving the relentless putting on of costumes. The other is neither of those things: set largely in Trumpian America, it’s mostly a display of Instagram-era narcissism in which the manufacture of an image appears to bulldoze all traces of thoughtfulness and rumination. The first show warns us not to trust looks. The second show is desperate to achieve them.

The impressive event is the Cindy Sherman retrospective at the National Portrait Gallery. Only rarely do artistic retrospectives feel as useful and perfectly judged as this one. It’s a rare accomplishment, because the journey it takes through Sherman’s career is so precisely plotted — all muscle and no fat — but also because it successfully shifts our understanding of her achievements onto a higher plane. Sherman has always been pioneering and entertaining. But I am surely not the only one who has regularly misread the direction of her gaze. There we all were, thinking she was mainly interested in looking at herself, when all the time she was also interested in looking at us. 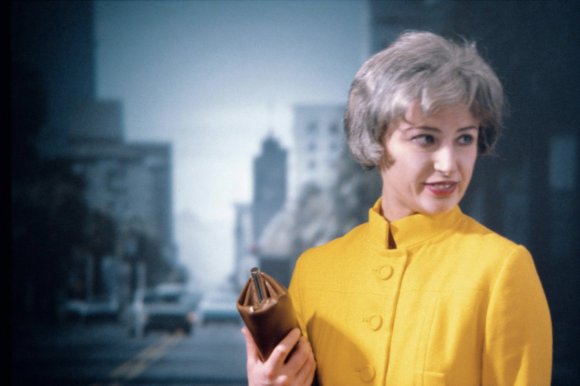 Born in New Jersey in 1954, she studied art in Buffalo, which is where the first works we see here were made. In one, she presents a long line of photo-booth self-portraits in which we can watch the transformation of her real face into the face of a pouting movie star, frame by frame. She starts the sequence as a spotty student and ends it as Rita Hayworth.

In another of the early costume jaunts, a flickery black-and-white film called Unhappy Hooker, she dresses up as a street-corner prostitute trying every trick in the book to attract a passing client. And failing. She drops a handkerchief. No one picks it up. She flaunts a street map. Nobody shows her the way.

All this quickly makes it clear that this isn’t only a show about transformation and appearance, it’s also a show about the inner life and its doubts. Unhappy Hooker is a fun bit of play-acting, enacted with Buster Keaton wobbles, but it also bounces like a ping-pong rally between masculine accusation and feminine introspection. Why didn’t he stop? What haven’t I got?

It is also immediately evident that she has a fine eye for comedy. Another early sequence features assorted women’s magazines — Cosmopolitan, Vogue, Family Circle — in which Sherman, in heavy disguise, has replaced the faces on the cover with versions of herself. First, she looks just like the original. Next, she relaxes into a sloppy normality. Finally, she adopts a totally gormless expression and happily mocks the faux seriousness of the preening supermodel. Thus, Jerry Hall, on the cover of Vogue, gets turned into Alan Partridge in smudgy lipstick. Hilarious.

So far, the event has featured modestly sized black-and-white photography, which Sherman has enlarged with comedic complications and the mutterings of a disgruntled inner self. But the advent of the C-print in her oeuvre in the 1980s leads to more than an enlargement. Suddenly her work bursts into colour and expands dramatically in ambition and dimensions.

A good retrospective illuminates not only the career it is examining, but also the larger journey of art, and that is what happens here. By shifting photography’s weight from one foot to another, by making it psychological and introspective, by pumping it with conceptual growth powders and then enlarging it in size and colour, Sherman changed its status. The big colour recreations she begins making now poach the heft and drama of oil paintings.

In the History Portraits, she puts on a crazy array of prosthetics and turns herself into brilliant approximations of Old Master imagery. There she is as Raphael’s pregnant mistress, the alluring La Fornarina. There she is as Madame Moitessier, by Ingres. In the Pink Robes series, she turns herself into a Playboy centrefold, pictured between shoots, shy, nervous, unadorned as she huddles under a red towel.

Having spent the first half of the show peeping into the inner lives of her pretend women, Sherman spends the second half guffawing at an America in desperate need of satire and social questioning. A particularly unpleasant sequence, called Sex Pictures, is the only art in the show that doesn’t actually feature her. Instead she has roped in various bits of sex doll to lie around in grotesque positions as they mock and highlight the ugly tropes of cinematic pornography.

While the early work is notable for its empathy, the late work is notable for its cattiness. It starts with a set of fashion shoots in the 1980s, in which the dishevelled Shermanettes modelling the clothes look like extras from a zombie movie. Taken long before it became fashionable to tear apart new jeans with vagabond rips and homeless holes, these harsh fashion parodies highlight a collapse of values that allows stupidity to sashay down the catwalk. Not that it stopped the fashion houses from commissioning more from her. 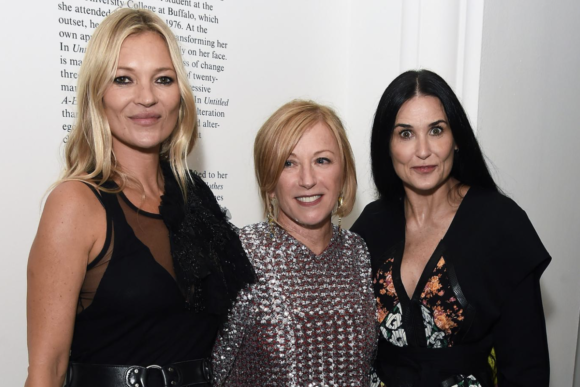 The other thing a retrospective allows you to see is the full rainbow of a career. And the older Sherman gets, the more directly she deals with issues of ageing. As an unshakable self-portraitist, she is in pole position to notice the decay beneath the make-up. Pretty much all her late work involves dressing up as an older American woman clinging desperately to the last shards of youth. Alas, no amount of Chanel or Dior can disguise the plastic surgery and the boob jobs.

Most of these ladies who lunch are recognisably from the art world. Their job here, however, is to reflect something bigger. None of them are going gently into the night. All of them are fighting to enjoy the last moments of daylight. It’s what we do, isn’t it? Thus, this wonderful retrospective comes to a poignant end with a superb gallery of vanitas portraits, warmed up impishly with sparks of cheeky humour.

Unfortunately, Kiss My Genders at the Hayward is everything the Cindy Sherman retrospective is not: confused, repetitive, narcissistic and shallow. Although Sherman clearly influenced much of the art here, neither her depth nor her insights have survived the transfer.

It’s billed as a celebration of the breakdown in gender barriers in art, and I was expecting an exploration of trans culture and of the issues prompted by the blurring of the sexes. But nothing that meaningful actually happens. Instead, 80% of the show consists of posturing selfies taken by a Trumpian generation that appears to have studied Modern Vanity under Prof Kim Kardashian at the University of Instagram.

It starts with Victoria Sin reclining in burlesque bedwear in a floaty city of white tents while reciting poetic platitudes about identity; continues through Juliana Huxtable’s fairy-tale adorations of her undressed self; and culminates, many, many selfies later, with Martine Gutierrez showing us what a sexy dancer she is in a bouncy display of simultaneous twerking called Clubbing. Thirty-three artists, and all of them appear to be hollering “Me first”.

This Trumpian me-ism would have had a point if it led to glimpses of the deeper truth lurking beneath the showbiz surfaces — why does everybody here want to look like Zsa Zsa Gabor? — or, indeed, to better art. But it doesn’t. The terrible sculpture of Nicholas Hlobo, the feeble murals of Chitra Ganesh, the unwaveringly squalid video installation of Jenkin van Zyl are the worst moments at an event that keeps checking itself in the mirror, but never actually sees anything.

Oh, and the captions are some of the most pretentious and least helpful I have ever read. The trans world deserves better.