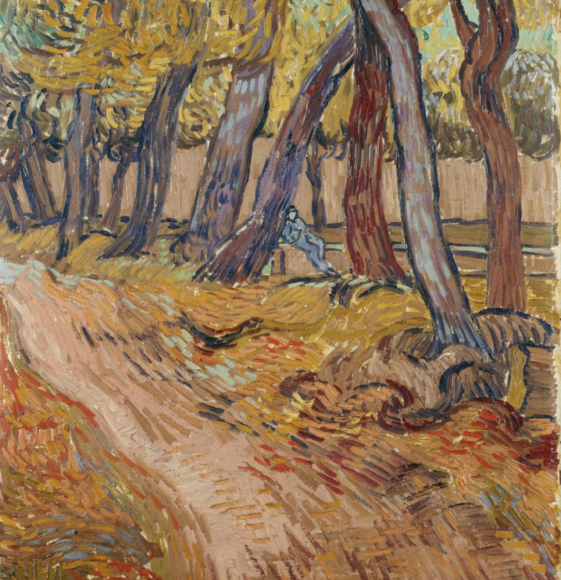 One of the reasons will be that borrowing good Van Goghs is difficult. People would rather look at them than loan them. There are also category problems. He doesn’t quite qualify as modern art, the Tate’s principal speciality, and neither was he British, the other half of the gallery’s remit. So finding an excuse to show him is a tough ask. Finally, there is the Everest-sized issue of his familiarity. His story has been told so loudly, so often, that finding something new to add is a lofty test of the grey matter. Small wonder the boffins at the Tate had to scrabble around for 70 years before they came up with Van Gogh in Britain — a show with a natural beginning, a fuzzy middle and a contrived, but effective, end. 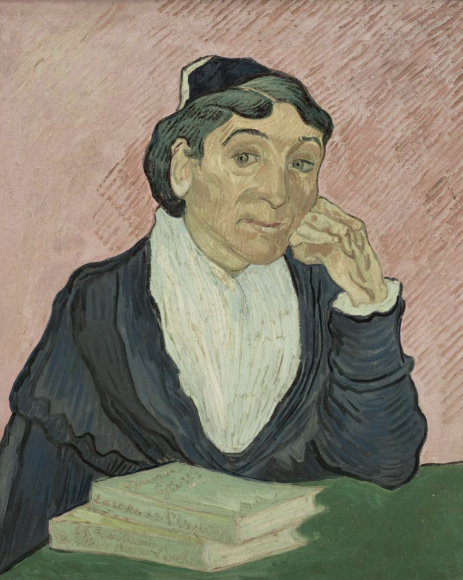 The beginning is natural because the young Van Gogh really did have a fruitful relationship with these shores. Between 1873 and 1876, he lived and worked here, first as an art dealer, then as a preacher. He spoke English. He liked walking. He visited all the art galleries. He read all the magazines. And for the rest of his career he allowed this British input to influence him significantly.

The first painting we see here, a beautiful pink portrait of Marie Ginoux, the woman who ran the notorious late-night cafe in Arles that he later frequented in the south of France, is included not because Van Gogh was infatuated with her, although he was, but because the two books he added on the table in front of her are Dickens’s Christmas Stories and Uncle Tom’s Cabin by Harriet Beecher Stowe. A voracious reader, he devoured English literature: its moods and subjects soaked into him and never stopped influencing him.

In another nice touch, a row of battered 19th-century hardbacks provides tangible proof of the tone of his English library. Everything by Dickens. Lots of Thomas Carlyle. Lots of George Eliot. The poems of Christina Rossetti. It’s a varied bookshelf, yes, but one that seems always to privilege the heart over the mind. Put bluntly, he was a soppy reader. Give Van Gogh a weepie and he would happily weep.

Religion and art turn out to have been family specialities with the Van Goghs. His father was a minister in the Dutch Reformed Church, but his uncles were art dealers, and it was in the latter capacity that he arrived in London in 1873, aged 20, to work for Goupil & Cie on Southampton Street, Covent Garden. Goupil’s was one of the most prestigious picture companies in Europe. With a head office in Paris, it controlled an influential slab of the international art world. Working for Goupil’s in London exposed the young Vincent to an especially rich diet of the art of his times.

His lodgings, meanwhile, were in Brixton. Every day he would walk to work and back, past the Oval, across the river, past the flower sellers and pick-up girls of Covent Garden, a daily march that rubbed his nose in the madly varied and frequently unfair textures of Victorian London. The lessons about inequality that Britain taught him were lessons he never forgot.

All this is evoked here with a jittery mix of paintings, lots of prints, lots of documentary snippets and some wall-sized gallery blow-ups of influential imagery, as the poor old Tate curators set about dealing with the problem that Van Gogh started out as an art dealer, not an artist, so the evidence they need to tell their story has to be invented rather than gathered. 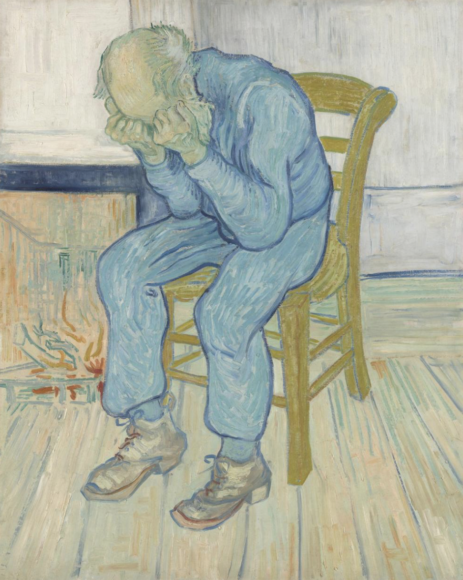 It’s a task they initially deal with rather well. One of the paintings Van Gogh saw in the National Gallery, having signed in happily as a gallery visitor, was Meindert Hobbema’s marvellous view of a tree-lined avenue in Middelharnis, from 1689. It was acquired a couple of years before his arrival in London and its fame has hardly abated since. So the Tate has borrowed it for this display and surrounded it with a choice mix of paintings and drawings from various moments in his career to make clear how this one image had an impact on his art. Van Gogh painted a lot of trees; most have their origins in Hobbema.

Another section looks at his night scenes and has as its payoff the gorgeous Starry Night over the Rhône, painted in Arles in 1888 and lent generously by the Musée d’Orsay, in Paris. It’s one of his most famous images: a heart-quickening vista of the stars twinkling above the river, mixing with the flickering gas lights of Arles. The influences that went into it, however, were British. Gustave Doré’s views of the Thames at night, cut from the cheap pages of London journals. Or Whistler’s moody nocturnes of Westminster Bridge.

Goupil’s specialised in prints. This glum black and white world, with its emotive storylines, exaggerated simplifications and dramatic views into the darkest corners of London life, had a lasting impact on Van Gogh. Some of his most striking images — the convicts walking around the courtyard at Newgate Prison; the old boy clutching his head in At Eternity’s Gate — started out as prints or drawings collected in England, then lugged around with him for the rest of his life.

Full of inventive loans, and boasting a genuinely surprising number of top-drawer paintings, the opening stretches of this event are informative, engrossing and exciting. I’ve seen a lot of Van Goghs in my time, but many here were new to me. Among the fabulous trees on show is an old yew, painted in Arles in 1888, as stumpy and gnarled as one of the expiring Chelsea pensioners encountered earlier in the journey, but transported from bleakness to beauty by a gorgeous Van Gogh colour scheme of pinks, blues and yellows. It’s sourced from a mysterious private collection: I don’t even recall seeing reproductions of it before.

If only the show had ended there. Alas, as is usually the way with the thematic plotlines favoured by Tate Britain, having started out with clear points to make, the display begins now to lurch around searching for something else to say. Van Gogh’s sojourn in London having been dealt with, we are encouraged to consider different aspects of his relationship to Britain: the reception he got here; the growth of his legend; and, worst of all, the influence he had on Britain’s painters.

How can I put this kindly? Let’s just say that his touch is easy to love, but impossible to repeat. A few of the local painters who followed him down the path to heightened colour and ecstatic reality just about survive the comparisons — the Camden Town school, especially Gilman and Sickert, make a decent fist of it; so does Vanessa Bell — but in most cases the parallels are embarrassing.

In most instances, being influenced by Van Gogh involved grabbing the brightest colours in the box and slapping them on with un-British vim and no true sense of purpose. You could argue — I would argue — that encountering Van Gogh was the worst thing that ever happened to Matthew Smith, Spencer Gore, Roderic O’Conor.

A particularly upsetting room sees assorted British reactions to the Sunflowers, a version of which was acquired by the National Gallery in 1924. The great floral outburst sent the British art world scrambling for tubes of yellow, which Jacob Epstein, Samuel Peploe and Frank Brangwyn began squeezing out with messy enthusiasm, but not one iota of Van Gogh’s horticultural precision. The worst offender, Winifred Nicholson, was called, it says here, “the female Van Gogh”, a title that had me smiling.

Fortunately, having capsized in its final third, the show manages to right itself for a final push. Saved till last is Francis Bacon, whose three large homages to Van Gogh from 1957 — fierce in colour, suicidal in mood — succeed in engineering a proper showbiz ending.