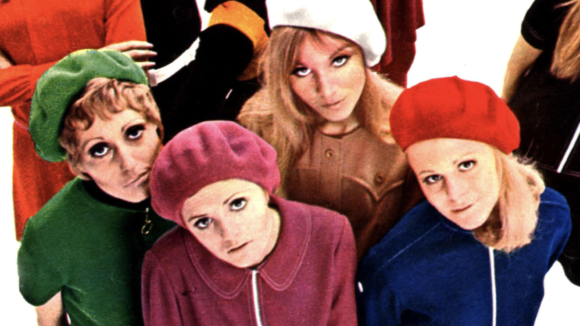 By putting on a Mary Quant show at the same time as a Christian Dior show, the V&A has engineered a battle of the hemlines that feels surprisingly hard-hitting: couture v streetwear; dressing for the ball v dressing for work; loadsamoney v theweeklypaypacket. The result is a sartorial cagefight that burns with unexpected fierceness.

“Coco Chanel hated me. I can understand why,” Quant said once. Having compared her retrospective with Dior’s, I can understand it too. Dior wasn’t Chanel, but he was posh and French, whereas Quant, in most of her obvious aspects, is brash and British.

She’s best known, of course, as the inventor of miniskirts and hot pants, an archetypal 1960s presence, sexy and swinging, whose fashions seemed to define Britain’s best-ever era. Think Quant and you think Bailey and Twiggy. The King’s Road swims into view, full of dedicated followers of fashion.

Some of this optimistic imagery turns out to be genuinely reflective of her achievements. Bailey is in the show. Twiggy is in the show. There are loads of miniskirts, and those Emma Peel macs made of pioneering PVC. I don’t know if Quant went to St Trinian’s, but her taste in schoolgirl pinafores makes it likely, while the Peter Pan collars and polka-dot pyjamas reflect an imperishable taste for childhood.

All of this is told to us by elegant mannequins cavorting in glass vitrines. The event is helpfully colour-coded across two floors: earthy colours on the bottom, bright ones on top. But there’s an effort, as well, to understand Quant’s contribution as an important feminist corrective. Her transformation of male items into female ones — ties, suits, trousers — is presented as a deliberate step in the equalisation of the sexes. Her taste for down-to-earth fabrics — wool, stretchy stuff, jerseys — is seen as evidence of a proletarian urge.

In the film snippets playing here, she has a happy pop at French couture and keeps saying that mass production equals the liberation of the modern woman. But I couldn’t help noticing how skilled she was at shaping her own image and making herself unforgettable. No one knows what Dior looked like. Everyone recognises Quant. In this, too, she was spectacularly prescient.