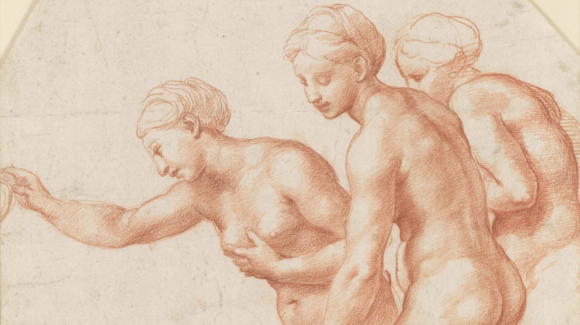 When I say “Renaissance nude”, I suspect images of a naked Venus reclining on rumpled white sheets will sprint into your imagination. It doesn’t matter if you are a man or a woman. These are not matters of gender preference, they are matters of relentless art-historical conditioning.

So famous are Titian’s Venus of Urbino or Giorgione’s Sleeping Venus, so often have they been platformed as embodiments of the genre, so fully do they appear to represent the humanist urge to depict ancient nudity, that Pavlov’s dog would probably start picturing them when prompted by the shout: “Renaissance nude.”

The Royal Academy clearly knows this. Because the exhibition it has mounted with exactly that title is conspicuously not concerned with the matters above. Rarely will you find an art show turning its back on received opinion as deliberately as this one. Containing not a single reclining Venus of the sort we might have expected, actively revisionist from its first sight to its last, this definition-busting, picture-widening, sex-upsetting, #MeToo-welcoming, ratio-righting, image-correcting masterclass of a display overturns pretty much every preconception most us will have about its subject. And, having done that, it slams down an alternative view with rare aggression.

The first sight is a silver St Sebastian, a couple of feet tall, made in Augsburg in 1497 and probably designed by Hans Holbein the Elder, our Holbein’s dad. It pops up in front as you walk in, blocking the path, and my, what a punch it packs. The silver Sebastian has been tied to a silver tree and shot through with golden arrows. He isn’t fully naked, because a golden loincloth is slipping from his hips, but he’s naked enough to qualify as a Renaissance nude, and the intricate slump of his defeated body has been rendered with spectacular skill by the unknown Augsburg goldsmith. Visually startling — I haven’t mentioned the rubies, sapphires and pearls that are also in there — this exquisite piece of top-of-the-range German nudity jumpstarts proceedings like a shot from a starting pistol.

Let’s list what we have here. We have a naked man, not a naked woman. We have a piece of art that is intensely Christian, rather than naughtily pagan. We have a goldsmith’s masterpiece, not a painting. We have a work from the north of Europe, not the south. We have skills being highlighted that are intricate, minute, intensely detailed, rather than broad, wristy, intuitive. In a nutshell, we can’t get further from Giorgione’s Sleeping Venus than this. The blast of fresh air that accompanies the silver Sebastian is like a window thrown open in a storm.

I mentioned #MeToo. You may remember the brief controversy that erupted when this exhibition was announced and someone revealed that a quota would be imposed to maintain a 50/50 gender balance with the nudes. Cue shock and outrage, with much of the howling coming from me! The organisers duly embarked on some busy back-pedalling, and the quota imposition was dismissed as Fake News. Or so they said.

Professional doubter that I am, I went round the show, therefore, studiously counting, and according to my busy scratchings, there are 73 nude women in this display and 135 nude men! Plus 41 nude cherubs of indeterminate sex. So this, certainly, is an event with ambitions to overturn the rules. And it’s being done, for sure, for #MeToo reasons. But we should welcome those reasons wholeheartedly. Not because they skew the truth, but precisely because they do the opposite. None of us can ever previously have seen a show that so firmly, so inventively, so interestingly, tells it like it was with the Renaissance nude. 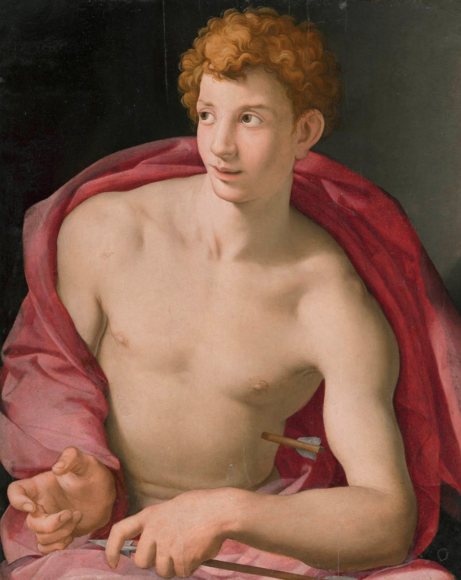 The gorgeous St Sebastian from Augsburg is part of an opening room that deals with Christian themes. It’s an unusually potent concern because it reveals a big truth that’s been hiding under our noses: the Christian world offered more excuses for Renaissance nudity than the pagan world. Often it was St Sebastian, the popular martyr, who provided the alibi. A sensuous full-length by Cima da Conegliano, the frequently underrated Venetian, gives us Sebastian as a Christian pin-up, stripped to his itsy-bitsy penis pouch of a loincloth and staring dreamily into the distance while a single arrow emerges decoratively from his thigh. Put him on Tinder and the phone would never stop ringing.

Half a dozen surrounding St Sebastians — painted, cast, carved — amplify the message: when it came to nudity, Renaissance Christianity was a market leader. Having made this juicy corrective, the show confronts us suddenly with an even more startling sight: the stripped Jesus.

A strange painting by the habitually strange Jean Gossart, the artist they used to call Mabuse, born in Flanders in 1478, imagines the saviour in the moments before his flagellation. He’s about to be whipped, so he sits there waiting, slumped at the foot of a Roman column in another unnecessarily tiny loincloth. On show, undressed, the near-naked Jesus clutches his head like a migraine sufferer in a Nurofen ad. According to church rules, we are here to notice his pain. But human rules always trump church rules, and what we actually notice is the definition of his six-pack, the tautness of his nipples, the sinewy musculature of his torso and the awkward tangibility of his skin tones.

Here we are, then, just a few feet into the show, and already the Renaissance nude has been turned upside down and back to front. It’s an ambition that never lets up in the journey ahead.

Room 2 is devoted to the humanist nude, so we might have imagined the novelties would need to cease. But no. Instead, two more of the show’s revisionist drives become unmissable. The first is to highlight the contribution of northern Renaissance artists to what has generally been considered a southern preoccupation. The beautiful Titian Venus from the Scottish National Gallery, which shows her emerging from the sea, is the nearest we have here to a predictable Italian example. And she’s not very predictable at all — half-length, brunette, wringing out her wet hair with ungodly expertise.

Next to her, another strange nude by Mabuse provides an immediate northern response. Lumpy, awkward, anatomically challenged, Mabuse’s wonky Venus is limbo-low on elegance, but pole-vault-high on difference and invention.

The second turn-up here is the selection of a wider than usual range of art goodies. The display is packed with prints and sculpture and illuminated manuscripts and bronze medals and portable altars, but also includes a modest selection of paintings. I presume the overall effect is intended to hint at the look of a Renaissance studiolo: a private study space, filled with art. And it succeeds delightfully.

The northern Renaissance prints on show had me dribbling with pleasure. I counted 11 Dürers, including that definition-testing view of a Nuremberg bathhouse in which a gang of male bathers are infinitely more interested in swapping suggestive glances than in getting clean.

Meanwhile, hilariously, Dürer’s great pupil, Hans Baldung Grien, shows us a meaty female nude riding a scrawny male on a chain, in a scene that would not look out of place at Madame Jojo’s. But no, that’s not a Tory cabinet minister having fun on a Saturday night, it’s Aristotle being punished for his urges by the vengeful Phyllis.

All this is such good fun. Important art, great art, but art with a healthy ring to it, uncivilised and feisty. I have one serious complaint to make about the show. It’s too small. Another four or five rooms would have been even better.