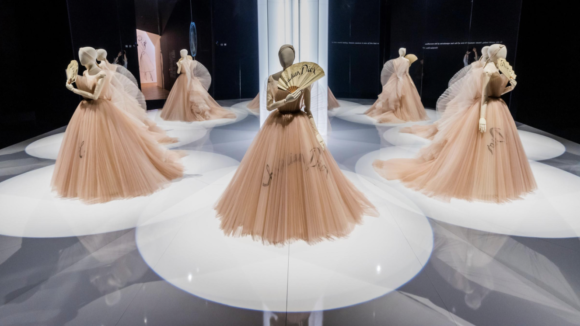 Christian Dior. It’s a perfect name. How unswervingly it evokes the world of champagne soirées and romantic strolls along the Seine. And if you give it just a tiny Dom Pérignon slur, you get “Christian d’Or” — “Christian of gold”. I repeat: perfect.

An intermittently delightful exhibition at the V&A devoted to Dior and his house makes clear in its first vitrine — packed with photos and memories — that the gods were on his side from the off. Born into a rich family in Normandy in 1905, he was a mummy’s boy who adored the ornate belle époque dresses favoured by Madeleine Dior and inherited his mother’s passion for gardens. “After women, flowers are the most lovely thing God has given the world,” he chirps in one of the wisdoms pasted on the walls ahead. 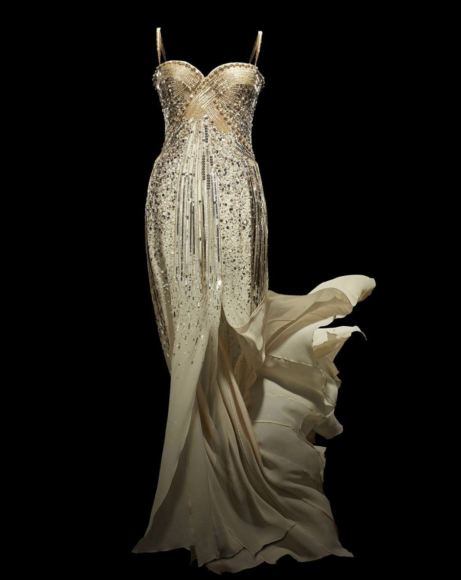 While his mother tended the gardens, his father made his money in, of all things, the fertiliser business. And, as they say at Givenchy, where there’s poo, there’s pounds. Only kidding! The dad wanted his son to become a diplomat, but Christian’s hope was to become an artist. Funded by his father, he opened a gallery in Paris in 1928 that sold Braques and Picassos. But the Great Depression killed the business, so he blundered into fashion.

During the Second World War, Dior appears occasionally to have clothed the wives of the German occupiers. It was a shadowy and inglorious training, but a useful one. When he finally founded the House of Dior in 1947, he was already 42. But what is truly remarkable about the start of the great enterprise — a row of murderously desirable early suits and dresses lined up as evidence quickly proves it — is how clear-cut its ambitions were. Dior went independent with a determination to achieve something very particular.

The famous New Look that became his calling card, its hourglass outlines achieved with perfect tailoring and discreet padding, is usually explained as a reaction to wartime austerity: a return to curves and confidence. But I was struck more by its precision. A clutch of early drawings on the show’s opening wall show Dior to have been the possessor of a knife-sharp hand that could cut I-shaped bodies into S-shaped outlines: he made the bodies fit the clothes, not the other way round.

The first outfit you see here, the spectacularly beautiful Bar Suit from 1947, the star of the show that launched Dior and his New Look — black pleated dress, cream fitted jacket, overhanging hat — is inch-perfectly topiaried into a woman-flower: vase, stem, bloom. This is not a sociological reaction to wartime austerity. This is the imposition of a perfect female outline on an imperfect female body by an imagination schooled in the rules of floriculture.

Made mostly of glass boxes — the big ones filled with about 200 couture dresses, the small ones packed with documentary snippets — Christian Dior: Designer of Dreams has been reworked from the noisy Dior extravaganza that wowed Paris in 2017. That event commemorated the 70th anniversary of the House of Dior and was, therefore, a loudly French occasion.

The present show tries also to smuggle some British storylines into the plot. In an early detour, Princess Margaret is wheeled out in a Pathé newsreel, and the dress she wore on her 21st birthday in 1951 is given a central pedestal, like a statue of Aphrodite in a temple. Unicorn white, with cascades of gold embroidery, floaty and wispy, with a waist so thin I doubt it would fit one of my Polish potato-picker’s thighs, the Margaret gown is a spectacular creation, knitted for a princess by spiders out of silk and chiffon. No wonder she later insisted it was “my favourite dress of all”. If anyone ever challenges the notion that princesses are imaginary creatures descended from angels, send them Dior’s Margaret dress. That will shut them up. 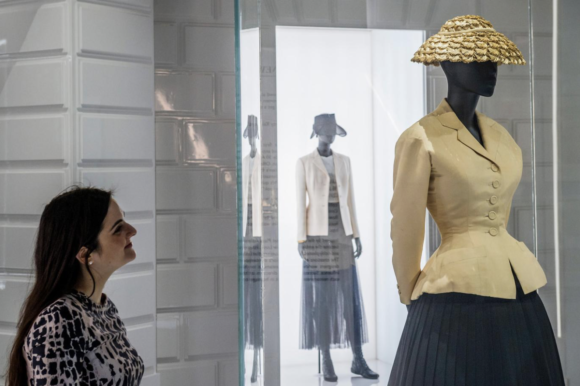 Dior himself was a confirmed Anglophile, trills the surrounding wall text as it seeks to explain the intrusion of British issues in this very French affair. He wore Savile Row suits, adored British fabrics and had his first London show at the Savoy hotel in 1950. Later, he would mount fashion events in Britain’s stately homes. Which is where Princess Margaret turns up again, at Blenheim Palace, in 1954, for a Red Cross benefit.

In using charity events to proclaim and popularise his brand, Dior was ahead of the game, as he was in so many of the darker manoeuvres that continue behind the fine and frilly surfaces of the fashion business. The show sets out to characterise and applaud his contribution, and does so beautifully in many of its stretches, but anyone searching for evidence of the corruption of values that must also be counted among the Dior achievements has plenty to go on as well.

The V&A’s journey is devoted not just to Dior, but to the commercial behemoth he founded. And it’s here that the problems rev up. None of his successors was a patch on him. None fully understood the sculptural importance of the outlines he championed. As the Dior enterprise enlarges, the Dior line begins to blur.

Surrounding the exquisite Bar Suit from 1947, stacked skywards in glass cases, are various responses to this sartorial masterpiece by the designers who followed. John Galliano remade the black dress in crocodile skin and gave the ensemble an unpleasant finale with a crocodile trilby. Whenever this event plunges to fresh depths of kitsch and extravagance, Galliano is usually to blame.

The current Dior designer, Maria Grazia Chiuri, who I think emerges rather well here, gives the Bar look a #MeToo twist by elongating the dress to suffragette length and adding a T-shirt that reads We Should All Be Feminists. The only other Dior designer who holds up well is Yves St Laurent, but he was at the house for just two years, so his contribution is featherlight.

The expansion of the brand clogs the show. Instead of following Dior himself in his exquisite journey of precision and control — you can always spot his personal contributions: there’s a clarity to his silhouettes that none of his successors can match — we begin sidetracking furiously into gewgaws and propaganda. 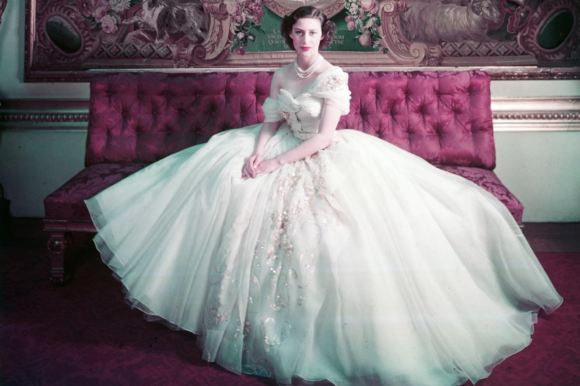 A particularly regrettable selection focuses on travel, and the collection of international styles by Dior and his successors. From Mexico they borrowed the poncho. From India they stole the sari. From Japan they purloined the kimono. Wherever the House of Dior opened a new store, it would nab the local look and set about misunderstanding it.

This process reaches a grotesque climax with a monstrous Japanese outfit by Galliano that combines every sartorial Japanese cliché with a sinister metal mouthpiece that belongs in the Marquis de Sade’s basement. It’s said Dior died in 1957 from a heart attack brought on by his gluttony. Had he survived, Galliano’s ghastly Japanese confection would surely have seen him off.

Unlike the Alexander McQueen extravaganza, which set the bar for fashion investigations at the V&A, this show seems more concerned with brand-building than with understanding a cultural contribution. A particularly sugary ballgown selection even highlights the celebrities who have turned up at premieres in Dior. Rihanna and Jennifer Lawrence aren’t just walking the red carpet here. They are also crossing the line that separates creativity from flogging schmutter.