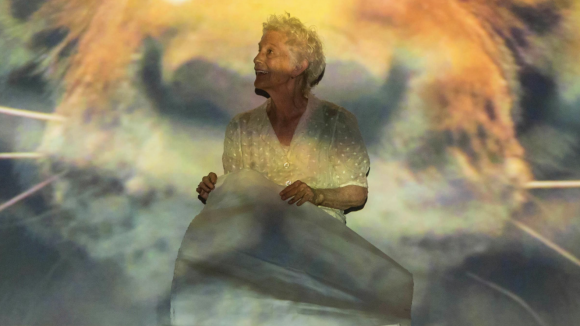 I have not been much of a fan of Tate Modern’s new extension, which opened in 2016. The fact that it cost £260m to build was one factor in my dismay. Another was the naming of the extension after Len Blavatnik, whose funding of the Blavatnik School of Government in Oxford led to a noisy resignation last year when it emerged that he had helped to fund the Trump inauguration. Ever since Margaret Thatcher’s government began cutting back on the financial support to our cultural institutions, those institutions have been forced out into the marketplace with a begging bowl: a task for which they are unsuited, naive, gullible and, above all, desperate.

All that is distasteful. But for me, as an arts writer, rather than a bloke on The Sunday Times Insight team, the most distressing thing about the expensive new extension was its lack of purpose. What was it there for? Who needed it? Why spend £260m on this? I continue to harbour some of those doubts, but after a visit to the engrossing Joan Jonas exhibition that has opened in the Blavatnik Building, there are fewer of them.

Jonas is a pioneering performance artist who emerged in New York at the end of the 1960s, and whose career has danced in and out of the spotlight ever since. Throughout most of the 1980s and 1990s, she was widely ignored, a presence in the margins. In more recent times, however, as the taste for older women artists has ignited and spread like an Australian wildfire, she has been “rediscovered” and now stands, once again, on the summit of the volcano they call Recognition. The current Tate show is merely the latest event to present her as an artistic heavyweight.

It has its work cut out. Jonas is not an easy gulp for the uninitiated. Her work flits from performance to installation to video to music to dance to storytelling with barely a word of explanation or context. For those of us who like to follow a narrative in our artworks, there is none. One moment you are looking at a close-up of a gurgling fish, the next you are watching the light dancing across a sculpture made of swinging crystals. It makes no easy sense. It leads to no tangible conclusions. And that is where the Blavatnik Building comes in. 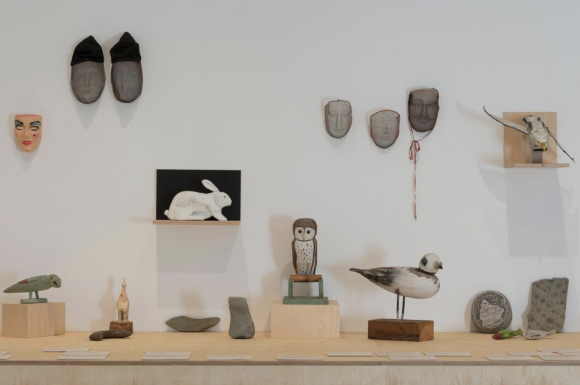 On previous visits to the dark oil tanks and looming concrete columns of the Tate’s basement, I have felt threatened by the doominess of these spaces. All that stained concrete. All that post-industrial twilight. These are art-gallery moods that belong in an episode of Silent Witness. But what Jonas does so well here is to turn the foreboding into allurement; the doominess into mystery; the dark moods into thaumaturgic ones. Suddenly the gothic modernism of the Tanks feels genuinely transportative.

The most evocative piece in the underground chambers is called Reanimation. It was inspired by a novel called Under the Glacier, by the Icelandic writer Halldor Laxness, and is intended, I read, as a celebration of Iceland and its frozen, mythic past. As a spectator, your task is to wander among the bits of the subfusc installation and try to connect them. The gulping fish move slowly across a video aquarium, at a pace that feels powerfully prehistoric. The swinging crystals break up the light into dragonflies of colour that hop about the room. On another video screen, someone is chanting the haunting song of the Sami, the indigenous inhabitants of Lapland. All these different moments, scattered about the gloom, are like the ingredients of a spell being cast into a cauldron. Puff of smoke. And hey presto: we’re in the enchanted underworld of the glacier.

Reanimation is a recent work, created between 2010 and 2013, and it features Jonas in her most recent guise, as an international wanderer who flits about the world, lamenting its ecological and cultural degradation. She’s 81, and her role in feminist ranks is to be one of the wise feminine elders for whom women curators, the dominant force at Tate Modern today, have developed such an insistent appetite. 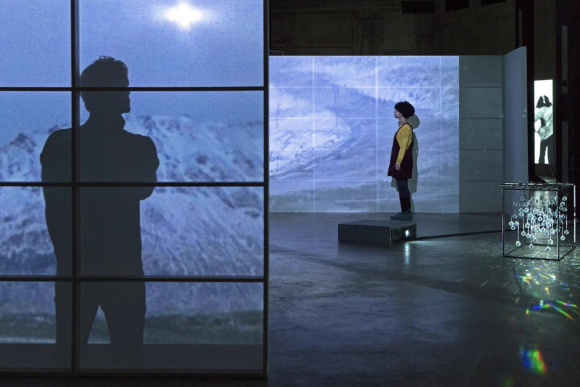 But her early work, gathered in an enclosed exhibition upstairs, strikes a different note. Throughout the 1970s, Jonas was a prickly artistic presence whose curious happenings and fractured experiments with film placed her alongside the likes of Carolee Schneemann, Yoko Ono, Marina Abramovic and Valie Export as an inventor of a new, specifically female art that seemed to be hooked on the problematics of the female body. All these pioneering female performers were remarkably relaxed about taking off their clothes and involving their nudity in their happenings. All seemed, on some level, and in ways that today’s cognitive behavioural therapists would surely recognise, to be deliberately breaking taboos, as if taboo-breaking was a route to freedom.

In Mirror Piece I (1969), in which Jonas walks naked into her audience holding up a mirror that reflects them back at themselves, she seems to be asking: who’s the voyeur and who’s the voyee? In Organic Honey’s Visual Telepathy (1972), she assumes the identity of a sexy girl in a mask who teases the viewer with flirtatious looks and dances, which are simultaneously relayed in a close-up on another monitor. Where her later work feels wise and caring, this early work has a confrontational edge. You looking at me? Well, I’m looking at you.

The organisers of the present show are keen to stress her pioneering role as an early exponent of video art, and to draw our attention to the prescience she displayed with her preternatural media-hopping. And now that everybody in the Blavatnik Building seems to be bouncing from performance to video to installation to dance, she can certainly claim to have been ahead of her times. But my own sense of the show is of a powerful consistency. Early or late, her work always feels as if its aim is to throw the ingredients into a crucible, then watch the alchemy. Does it work every time? No. Does it work often enough to be impressive? Yes. 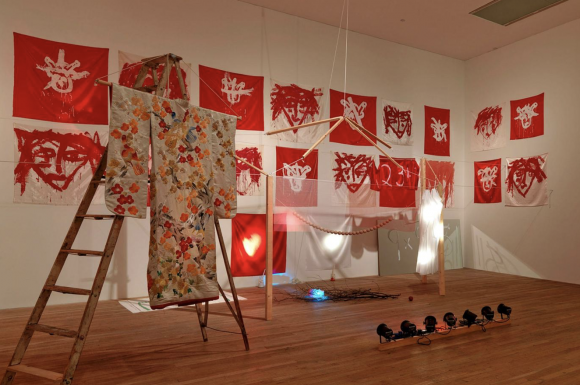 That said, the Jonas retrospective is a dark and complex beast, and for an alternative — an antidote — I wholeheartedly recommend the gorgeous minimalist paintings of Yuko Shiraishi, which have gone on show at Annely Juda Fine Art.

At first sight, Shiraishi’s work always looks simple. Some rectangles, some lines, perhaps some dots, arranged in straightforward patterns. But the straightforwardness is deceptive. After a bit of looking, all sorts of gentle complications begin to foreground themselves and you start to realise that nothing simple is occurring. Above all, the quietude of Shiraishi’s art disguises her inventive brilliance as a colourist. Every blue, every purple, every cream she uses feels as if it is making its debut.

Is there a better abstract painter working in Britain today? I suspect not.