February may not be the cruellest month, but it is generally the dampest. In the world of galleries, in most years, nothing much happens in February. The big January openings are behind us. The big spring openings are in preparation. There’s a sense, generally, of the art world treading water.

The best galleries, however, become the best galleries exactly because they see this damp interstitial stretch not as a problem, but as an opportunity. This may not be a great month for blockbusters and agenda-rippers, but it is a moment when the quirky and the unexpected can be given a run out. Unpredictable shows turn up in February. Gallery types think outside the box. And we end up with events as rousing and different as Journeys with The Waste Land at Turner Contemporary, in Margate.

What a sprightly show. What a sprightly idea for a show. In 1921, in late October, TS Eliot took a break from his clerking job at Lloyds Bank in London and rode a train to Margate, where he hoped to regain his health and to finish a huge poem he was working on called The Waste Land. No, that’s wrong. At the time of his decampment, the masterwork still carried its first title, a line borrowed from Dickens — He Do the Police in Different Voices.

The reason recorded by the bank for Eliot’s departure was “nervous breakdown”. His marriage to the unstable Vivienne was becoming increasingly untenable. His own mental state was desperate. The war had only just finished. The uncompleted masterpiece in his briefcase was weighing heavily on his mind. Everything was broken. Everything felt barren. You or I might have fled to Barbados. Eliot went to Margate. 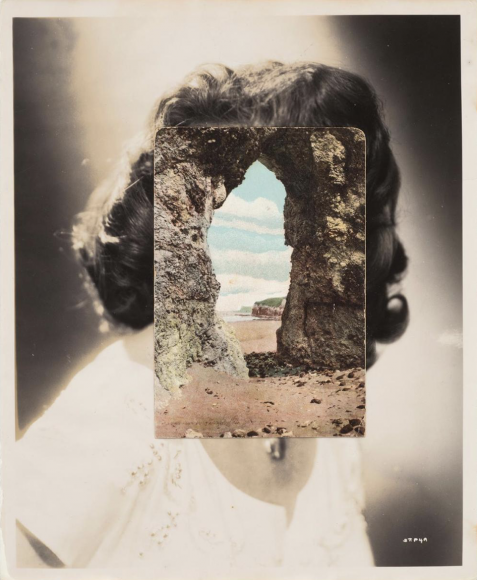 And in Margate, the damp, the wind, the bleakness, did their bit to ensure the completion of The Waste Land. In a draughty seaside shelter in which you can still sit and shiver, he stared at the sea and added some dank concluding lines to Part III: “On Margate Sands / I can connect / Nothing with nothing,” he added. “The broken fingernails of dirty hands / My people humble people who expect / Nothing.”

All this is explained to us in a show curated by a group of locals who call themselves The Waste Land Research Group. Formed in 2015, the group consists of interested amateurs, aged 20 to 70, who have been investigating Eliot’s stay in Margate and exploring the meanings and mysteries of the poem. They meet once a week to delve ever deeper into Eliot’s picturings. And these picturings have prompted a selection of artworks, nearly 100 of them, by 60 artists, all of which resound with some distant echo of The Waste Land.

We begin with a stretch of art evoking the textures of war. There’s a Henry Moore war shelter drawing, showing sleeping Londoners huddled underground like maggots. And a Paul Nash painting of the front line in 1918. And a sinister bronze by Bernard Meadows of a black crab. Scattered about the show are explanatory headsets that you can lift to listen to the group discussing a chosen artwork. And all the while, the voice of Eliot himself, reciting his poem, provides an eerie accompaniment to the art. “So many. I had not thought death had undone so many.” 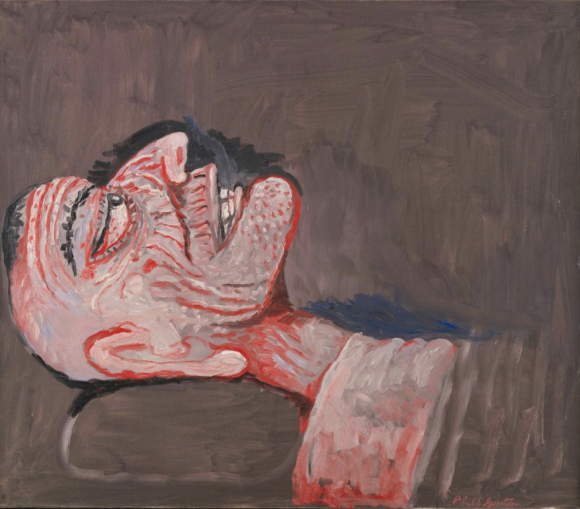 In an effective bit of exhibition showbiz, the amateur curators have also used the structure and tone of The Waste Land as a style guide for their own circuit. They switch voices. They jump about. They pull rabbits out of hats. On one wall, there’s a Turner. On another, a Guston. Over here, an Aboriginal shield. Over there, some costume masks for The Tempest. And the result of this freestyle connection-making is a constantly surprising show.

It’s been many aeons since I encountered the tremulous romanticism of Cecil Collins in a contemporary context — he’s been out of fashion since the 1960s. Yet here he is with a painting from 1938 called The Quest, in which a hopeless crew of sailors find themselves bobbing darkly about a black ocean. The most haunted of the mariners wears a crown, and the conversation on the accompanying headset identifies him as The Fisher King, the doomed guardian of the Holy Grail whose miserable search for potency provided Eliot with the mythic underpinning for The Waste Land. In any other context, the inclusion of Collins’s grail-hunting Fisher King would have prompted some embarrassed squirming. Here, it feels spot-on and inspired.

What you get with amateur curators, and not with their professional kin, is an emotional response you can trust. No one here is trying to further their career or make a mark. There are no gimmicks or weaselly bits of provocation. No trendy choices, no fashion-chasing. And the calibre of the loans is astonishing. Four Twomblys. A tricksy Stezaker. The best Kitaj. Some stunning Regos. How did these Margate locals assemble all this? 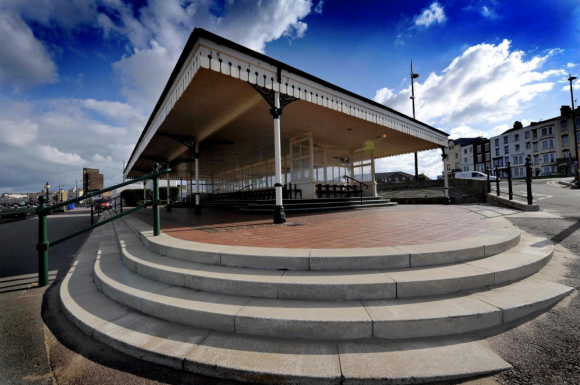 Turner’s The Golden Bough, from 1834, is one of his most celebrated paintings. It shows a sun-soaked Italian landscape in the middle of which a group of tiny nymphs dance before the golden bough that will protect Aeneas on his journey into the Underworld. Nymphs, of course, are something of a no-no in contemporary art circles today. Had this show been mounted in the Manchester City Art Gallery, Turner’s topless dancers might have been dispatched to the cellar. Here, they are allowed to remain, and to educate us in the rich storylines from the classical age that lie buried beneath the surface of Eliot’s modern masterwork.

Typically, the Turner on one wall is matched by an Edward Hopper on another. Just as Eliot’s poem skips happily between the epochs, so this exhibition flits from age to age. The Hopper, borrowed from MoMA in New York, is one of his creepy peeps through a window at night, where a woman is getting undressed. Intended as a response to Eliot’s lines about the typist seen through a window who is pleasured grubbily by a visiting clerk and who “smoothes her hair with automatic hand / And puts a record on the gramophone”, it is a marvellously astute paralleling of art and poem. And what a spectacular loan!

The more recent works included in the journey are of a similarly lofty standard. I especially admired John Smith’s short film, set in a pub lavatory, where the dankness of Eliot’s postwar pessimism finds a perfect textural echo in the grim details of the urinal. “The nymphs are departed. Sweet Thames, run softly, till I end my song,” recites the artist, cruelly, as the bog fills up with urine. In a clever and comic concluding touch, the closing door of the toilet is signed with a wicked anagram, “T Eliot”.

A few pictures later, a grotty interior by Walter Sickert from 1912, called Off to the Pub, shows a man stumbling out and a woman cowering against the wall, in a hopeless domestic exchange recorded in a grim colour scheme of nicotine browns and arse-wipe yellows.

Journeys with The Waste Land, Turner Contemporary, Margate, until May 7