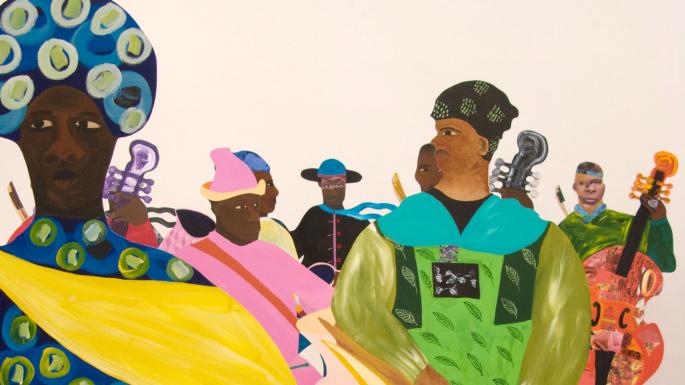 Around this time of year, I often get requests from the editors of lifestyle sections to provide a list of up-and-coming artists we should be keeping an eye on. Young guns, recently out of college, who I think will make it. It’s mostly an opportunity to round up gangs of pretty twentysomethings and take group photos of them looking creative in their paint-splattered artistic clobber. So, of course, I say no. Great art has never been about what you wear. The ones you need to watch are the ones dressed like supply teachers.

This year, however, the reasons for avoiding the up-and-coming picture spread are even more profound. To put it bluntly, young is out. Old is in. If the lifestyle sections are genuinely interested in predicting our artistic future, they need to be trawling the nation’s old people’s homes and shouting: “Is anyone here a forgotten artist?” Because that’s where the money is.

The recent emergence of the hoary in British art has been spectacular. Who represented Britain in 2017 at the Venice Biennale? Phyllida Barlow, aged 73. Who won the Turner prize after the rules were changed this year to accommodate the venerable? Lubaina Himid, 63. Who has a big show right now at the Serpentine Sackler Gallery, featuring paintings that are unusually wild and outré? Rose Wylie, 83.

Today, if you want to be a fashionable and successful artist in Britain, my advice is to wait until you are entitled to a bus pass. Don’t even bother picking up a brush until you are over 50. Start any earlier and you’re probably wasting your time. Nor is this overthrow of the YBAs by the OBAs an exclusively British phenomenon. The entire international art world is currently trawling for pensioners. In matters of art, the transcontinental granny has never had it so good.

I suppose it all began with the belated emergence of Louise Bourgeois in the 1980s. Already in her seventies when the art world finally noticed her, Bourgeois and her brilliant homemade surrealism introduced something wild and honest into supercool New York aesthetics. The surprising frankness of her art, especially on the subjects of sex and masculinity, made the efforts of the youngsters surrounding her appear timid in comparison.

Bourgeois was followed by Yayoi Kusama, born in 1929, whose moment in the sun arrived when she too was in her seventies and living in a psychiatric hospital in Japan. Or so the story went. Ever since, there has been no stopping Kusama and her dotty dots. Today, she is one of the world’s most expensive and sought-after artists.

What do the pictorial oldies bring to art that the youngies do not? Shamelessness, for one thing: the complete absence of giving a duck, as they say at the RSPB. Apart from the magnificent Bourgeois, my favourite artistic nonagenarian was Maria Lassnig, a forgotten Austrian, born in 1919, who lit up the Venice Biennale in 2013 with a naked self-portrait in which she pointed a gun at us while displaying her oopsie. Not a skill you learn at art school today.

At the latest Venice Biennale, Romania was represented by the ubiquitous Geta Bratescu, 91, whose art has been everywhere in the past couple of years. Indeed, you’d be hard pressed to find a mixed show today that hasn’t got Geta Bratescu in it. Unless, of course, her place has been taken by the equally Romanian Ana Lupas, 77, who was treated to the most ambitious of all the displays at the opening of Tate Modern’s new extension last year. And I haven’t even mentioned the marvellous Yoko Ono, aged 84 and exhibiting more than ever. 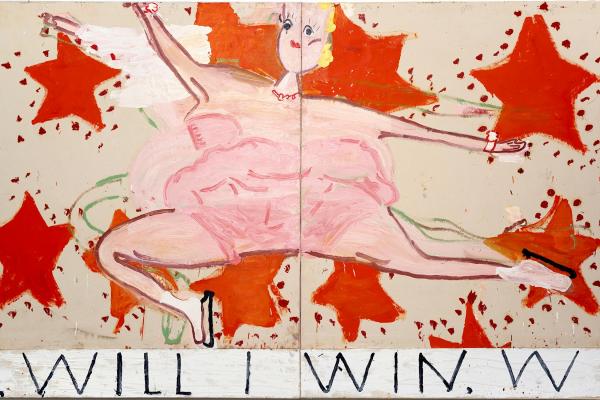 So what’s going on? Why, in Britain, are the YBAs being turfed out by the OBAs? Why now? Why them?

The most obvious reason is that the aged artists have an emotional sincerity in their work that communicates itself to an audience that is hungry for it. OBAs are no longer in the business of posing or pretending or throwing shapes. If you are still making art in your seventies, you are doing it because you have to.

This, surely, is why most of them continue to favour the direct ways of making art — painting and sculpture — rather than the hi-tech digital methods preferred by callow conceptualists. Conceptual art will never make you want to climb to the top of a mountain and cheer the way a Maria Lassnig painting makes you want to cheer. A manipulated digital print created with a 3D scanner will never speak as intimately or as eloquently of feminine rewards in the home as a floppy cock, hand-stitched by Louise Bourgeois. The emergence of the OBAs is the consequence of an emotional famine caused by much of today’s art.

You will have noticed, also, that all the veteran creatives I have mentioned have been women. To the best of my knowledge — and I have been racking my brain on the subject — not a single old boy has been rescued recently from undeserved obscurity and stuck onto a new pedestal in the way the Kusamas and the Bratescus have been rescued. Does that mean there are no poppy pappies out there? Of course not. They must exist, and my advice to any fledgling gallery owners reading this article is to get out there and find them. There will be gold in them there grandads.

The absence of ancient males in this age rush is best explained by the changing demographics of the art world. Today, in art, women curators fiercely outnumber male curators. The same is happening at universities. Art-history courses are now filled with girls, girls, girls, and every one of them appears determined to right the wrongs visited on women artists in the past by a male-dominated art world. In creativity today, it’s payback time.

If it leads to the rediscovery of more Maria Lassnigs, or another Louise Bourgeois, bring it on. Judging by the exuberance of Rose Wylie’s show at the Serpentine, something else that oldies bring to the party is joie de vivre. They know time is short, so they are determined to savour every second.

Wylie’s glorious outburst of freedom, cheek and colour puts a smile on your face and quickens your pulse. Compare her happy dynamism with the inert posings of Wade Guyton, a “post-conceptual” artist from New York, showing at the Serpentine Gallery itself, and you compare life with death.

Guyton’s washed-out inkjet images of dull things — a blank wall, a screensaver on a computer — are trying so desperately to be cool, they are an affront to creativity. No wonder, when I went to see his dreary offerings, the security staff in the gallery easily outnumbered the visitors. Guyton has nothing to say. Give him another 50 years and he might have.