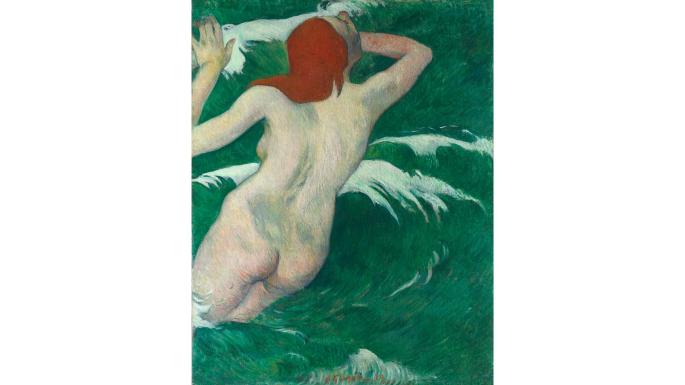 Going against the tide: In the Waves (1889), by Gauguin THE CLEVELAND MUSEUM OF ART

Art has an appetite for turning its heroes into enemies. Raphael may have been the darling of the High Renaissance, but by the time the baroque age arrived, there were already accusations flying that he was cold and perfect. Rembrandt, meanwhile, was forgotten for 300 years after his dark and passionate fumblings fell out of favour. In art, you are only as great as the zeitgeist allows. And right now you would be hard pressed to find two less honoured artists than Gauguin and Picasso.

What garlic is to vampires is pretty much what Gauguin and Picasso are to current curatorial opinion. White, middle-class, macho: they fail from more angles than a cubist still life. The issues obsessing today’s curators — identity, race, gender, colonialism, sexual difference — are spectacularly not the issues that drove Paul or Pablo. So the citizens of Paris are going against the cultural grain by mounting two huge shows simultaneously devoted to the guilty pair.

Gauguin l’Alchimiste at the Grand Palais has a particularly difficult mission to accomplish. Not only is Gauguin fully accusable of middle-aged whiteness, but by running off to Tahiti and taking local girls as lovers, he was also a committer of sins that were abjectly colonial and predatory. To make it all worse, a number of false impressions have been allowed to grow up around him: that he abandoned his wife and five children to flee to the South Seas; that he infected the women of Tahiti with syphilis. These fantasies have darkened to blackness an image that was already stained. In today’s curatorial kangaroo court, you could hardly be more guilty than Gauguin. 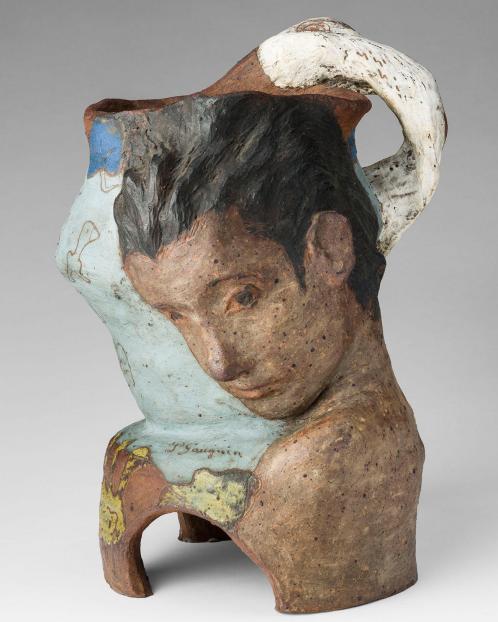 How, then, to convince the modern world of his importance and his brilliance? The answer turns out to be crushingly simple. What you do, what the Grand Palais has done, is forget the biography and show the art: heaps of it, from all the busy and inventive phases of his career. The result is so engrossing and pleasing, I wished I had a periscope to poke above all the happy heads chattering excitedly in front of me.

As a title, Gauguin the Alchemist is mildly misleading. It had me suspecting a focus on hocus-pocus and necromancy. But the real focus here is transformation. Gauguin was one of those people with nimble hands who can pick things up and do them. He played various musical instruments, from the mandolin to the organ. In Panama, where he worked briefly in 1887, digging the canal, he is said to have won the unofficial world billiards championship! In art, he was a sculptor, ceramicist, builder of houses, print-maker and publisher, not just a painter.

This fierce creativity, so fully unconcerned with issues of identity or gender or power, is what communicates so happily at the Grand Palais. Gleeful and magical in tone, it is what art used chiefly to be about: making things. The opening vista here contains a few early paintings — Gauguin in his Cézanne phase — but they are outnumbered and, yes, overwhelmed by the other things you see.

The big brown cupboard with the carved front was something he made in 1881 for his family house in the Rue Carcel. It is covered in optimistic cornucopias, and, if you look closely, you discover two tiny portraits of his children carved above the door. The box with the ballet scene on the outside and the sleeping nude inside is a pencil case. You only find the nude when you open it. The carved picture frame with the two Gs on it, and a portrait of him, was a gift to his wife, Mette, a celebration of their entwined love.

Not only did he love making things, he loved making them for his home and his loved ones. A beautiful little scrapbook, busy with cuttings and drawings, was a present for his daughter Aline. He also made a portrait bust of her, delightfully moulded from shiny candle wax.

Gauguin, remember, came late to art. He had been a successful stockbroker and only became a full-time artist in his thirties. So there’s a sense here of a dam breaking, of everything cascading out. Sculpture was just one of the creative adventures he embarked on in the early days of his career, but his ceramics are just as extraordinary. Having had a few lessons from the art nouveau pot-maker Ernest Chaplet, Gauguin began making “vases” that are unlike anyone else’s: strange, wonky uprights, haunted by faces and figures. Where most pots are fundamentally stationary, his twist and cavort as if the clay is still moving.

Gauguin was brought up in Peru, and the shapes and strangeness of the pre-Columbian pottery collected by his mother clearly shoved him in this wild creative direction. But there’s something else. His attachment to certain objects, the sentimental value he placed on them, is an émigré’s attachment to objects. Cherished things connected him to cherished memories.

The show makes this explicit with a series of brilliant juxtapositions of objects and paintings. Thus the beautiful portrait of his baby son sleeping by a big Norwegian beer tankard — the tankard seems to be keeping guard — is made more poignant by the nearby presence of the actual vessel.

A few bays further on, a spooky self-portrait jug of Gauguin sticking his thumb into his mouth in the manner of a medieval misericord — if self-portrait jugs could make noises, this one would roar with inchoate pain, like the hunchback of Notre-Dame — is echoed in a painted self-portrait where the same jug appears at his shoulder like Robinson Crusoe’s parrot. This is creativity so different, so explosive and particular, that it has a rare sense of purity about it. It’s as if we are being reminded of the origins of all creativity.

The display is loosely chronological. Two-thirds is spent in France, where Gauguin the impressionist turns magnificently and mysteriously into Gauguin the symbolist. As his art becomes more peculiar, as his inventions multiply, the sense also grows of his need to leave Paris. His type of creativity, wild and handmade, never really fitted studio life.

So the last third of the show is spent in Tahiti and the Marquesas Islands, where coconuts are there to be carved, houses to be built, and where Gauguin’s furious and unstoppable creativity explodes into its top handmade gear. Oh, and the paintings he produced there are really beautiful, too.

At the Musée Picasso, a second spectacular show treats us to a single year in the creative life of Picasso. The year is 1932, and the show consists only of things made in this annus mirabilis. This, too, is a celebration of a creativity that was unremitting and unusual.

To give it direction, the journey is divided into months. Picasso once said that his art was a diary, and this exhibition takes him at his word. It was going to be called Picasso Erotique, but I suspect the culture police intervened and it is now Picasso 1932. The switch in title does not reflect a switch in content, and the steamy monthly progress recorded here consists almost exclusively of images of Picasso’s voluptuous mistress, Marie-Thérèse Walter 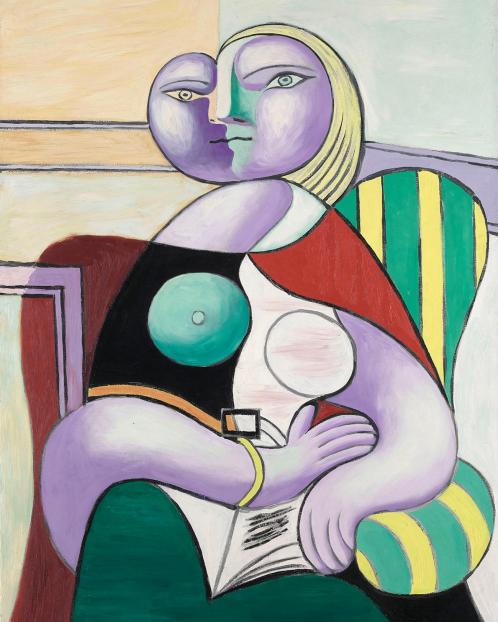 She’s in practically every picture. Blonde and bouncy, she starts the year as the smaller of the two blobs entwined in a sucking contest on the beach. By February, she has become a collection of roundels heaped into a primitive totem. And for the rest of the year, the sense of Picasso being haunted by the bumps and roundnesses of her body continues in picture after picture. Yet he never records it the same way twice. A volcanic explosion of creativity is being volcanically fuelled by memories of volcanic sex.

Catch a larger version of the show in London next year. Nothing in art had previously resembled this, and I can’t see anything in the future daring to resemble it, either.