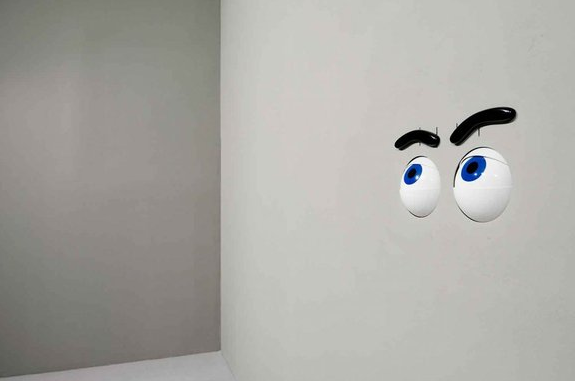 Ryan Gander is probably the most fashionable artist in Britain right now. These things are subjective, I know, and entirely unprovable, but just as an Indian tracker can tell the direction of a fleeing outlaw from the position of the stones on a prairie, so we leathery inhabitants of the art world have a nose for fashionableness. At any given point, one artist is more in than other artists. Right now, it’s Gander.

The most obvious evidence is his ubiquity. Wherever you turn, there he is. A few weeks ago, he was the subject of an enthusiastic Culture Show special, presented by the charming music writer Miranda Sawyer. In Hampstead, the National Trust recently handed him the keys to 2 Willow Road, the former home of Ernö Goldfinger, notorious pioneer of brutalist architecture, and Gander has duly scattered his own work about the building. At the Hayward Gallery’s marvellous Human Factor exhibition, a survey of current figurative sculpture, he is one of the best exhibitors. At the most recent Documenta in Kassel — the show to be seen at — he was handed the most prominent location in the entire beano. If you were any more in than Gander, you’d be coming out the other side.

I put all this in these crude cultural terms because, interestingly, cultural positioning is one of his subjects. Style-wise, he is what I am afraid we need to call a conceptual artist. (It’s a grim term that conveys none of the lonely poetry of his interventions, but if we called him a haiku artist, that would make him sound flimsy.) And, as so often occurs with conceptual artists, the art world is both a home to him and the butt of his jokes: somewhere to shelter and somewhere to mock. Because the art world is a glass house full of stone-throwers.

A good example is the installation he calls The Useless Machine with Blowing Curtain, which consists of exactly what it says on the tin. From the outside, you see one of those enthusiasm-squashing black curtains that signal the presence of video art at biennales and the like. This one, however, is billowing out promisingly, as if a powerful gale had erupted inside. So you go in. And there stands a faceless machine, a column of shiny black technology, which appears to have created the wind by applying a sinister physics to the air. 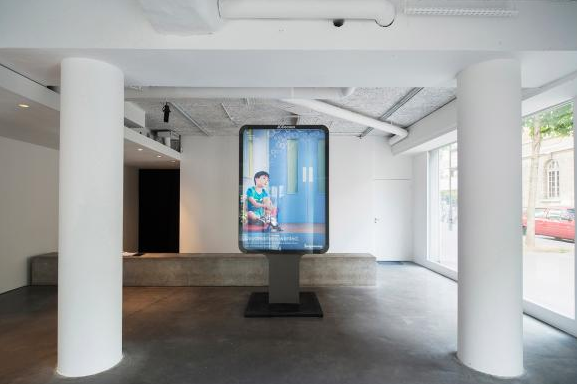 Here, then, is a piece of art that depends on your familiarity with the black-curtain experience for its impact. If you’ve never been to a biennale, if you’ve never queued with anticipation outside a curtained-off art-world cube, if you’ve never entered such a space and found nothing much inside, you won’t get the curtain joke.

The selection of Gander’s work that has now opened at Manchester Art Gallery is part retrospective and part theme show. It contains some of his best-known older pieces, but also several new ones. All his art, however, employs the same method to convey its meanings, which is to leave a large gap in the middle, then encourage you to fill it.

Room one has the clearest examples. Everything in it refers to things that are not actually there. Thus, a row of porn mags have had all their imagery removed, so all that is left is the whiteness of the paper. “Come on! Think!” instructs the title, cockily. A white wall relief called Associative Ghost Template is like a box of white chocolates from which all the sweets have been eaten, leaving only the indentations in the packaging. A white marble sculpture appears to show a sheet thrown over a cluster of chairs, cushions and umbrellas. They seem to be beneath the sheet, but we can’t actually see them.

That is a lot of absences. And it would all grow very irritating, very quickly, were it not for the aforementioned haiku-like charm of Gander’s work: the poetic tone with which it rings. The marble sculpture of the white sheet thrown over some chairs and cushions turns out to describe a den that his daughter made for herself in the living room. So this is not a stern conceptual artist referring pointedly to the wrapped objects of surrealism: this is a doting dad seeking to preserve a fleeting moment of his daughter’s creativity.

If theme No 1 here is Things That Are Missing, theme No 2 is The Power and Beauty of a Child’s Imagination. All through the show, there are spiky little references to the way children are currently being taught in schools. It is most explicit in a spoof official government video, purportedly brought out by the Department for Business, Innovation & Skills (Gander didn’t have to make that up: it actually exists, with Vince Cable at its head), in which an emollient governmental voice encourages us to respect our children’s imaginations and set them free. I’m pretty sure, Michael Gove, that’s a message to you. 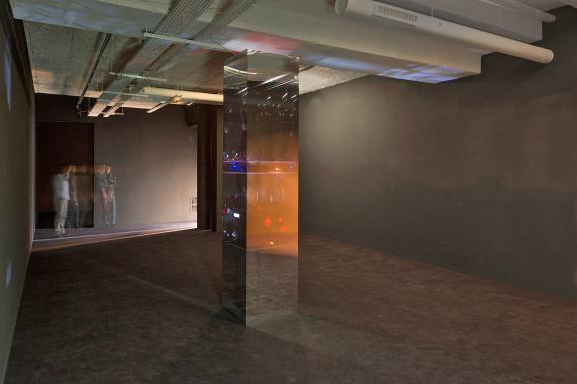 I like Gander’s soppiness. It’s what separates him from other conceptual artists. His game-playing may initially appear cool and theoretical, but by the end of the circuit, you are sure you are in the presence of a cartoon-loving softie. Magnus Opus refers to those spooky country houses you find in Scooby-Doo cartoons, in which the portraits on the walls follow you round. In Gander’s version, the animatronic eyes on the wall not only track your movements, but adopt the expressions appropriate to a confrontation with modern art: surprise, shock, disapproval. Instead of you looking at the art, the art is looking at you.

When I began this review, I was determined not to mention Gander’s disability: the fact that he is a wheelchair user. It’s what people always mention, and he must be sick of hearing it. But the references to the state of childhood in his work are so frequent and insistent that it’s impossible to miss their relevance.

Much of the art in this selection has a powerful autobiographical pull to it. The first sculpture you see on the big stairs that dominate the entrance to Manchester Art Gallery is a girl in a leotard sitting on the pedestal on the left, while a plain blue cube sits on the pedestal on the right. We know from earlier shows that the girl in the leotard is his version of Degas’s Little Dancer, who has stepped off her pedestal and entered our space. We also know she is modelled on the artist’s wife. The blue cube, meanwhile, is a stand-in for modern art. As Gander himself puts it, it’s how modern art might be represented in a Bugs Bunny cartoon.

In a show full of more questions than answers, we can at least be certain that something especially touching is being said here about the beautiful young girl’s decision to step off the pedestal and marry the plain blue cube that is Ryan Gander. This is art not just as imaginative pleasure, but as salvation.