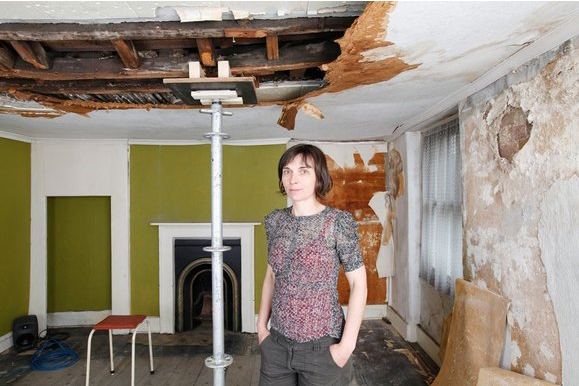 An installation has opened at 87 Hackford Road, in south London. It takes up the whole of the house and is the creation of a Dutch artist who lives in London, Saskia Olde Wolbers. A Dutch artist who lives in London? A house at 87 Hackford Road? The Sherlocks among you will already have worked out that this must be something to do with Vincent Van Gogh. And, of course, you’d be right.

The fact that Van Gogh lived in London during some tumultuous and crucial years of his early life is already well known. So well known that in 2003, Vincent in Brixton, Nicholas Wright’s angsty drama on exactly this subject, won an Olivier award for best new play. It went on to wow them on Broadway and eventually travelled as far afield as New Zealand.

The play tells the story of Van Gogh’s arrival in Brixton in 1873 as a trainee art dealer working for Goupil & Cie, a successful Parisian dealership that had opened a new office in Covent Garden. He finds lodgings at 87 Hackford Road. And, in typically disastrous Van Gogh fashion, falls in love with his landlady, Ursula Loyer, a sad widow, who lives there with her 19-year-old daughter, Eugenie.

A more common version of the story has Vincent falling for Eugenie, not her mum. But I’m with Wright on the second possibility: the Alan Clark variation, as it were. It’s certainly true he had a weakness for downtrodden older women, and that age was no barrier for his heart. In any case, the truly salient point is that it didn’t work out. Love affairs never did for Vincent. Thus, 87 Hackford Road became the site of a powerful mental disruption that caused him to question his life. Having arrived at the house as a successful trainee art dealer, he left it as a man full of doubts about his future: a man ready to become an artist. 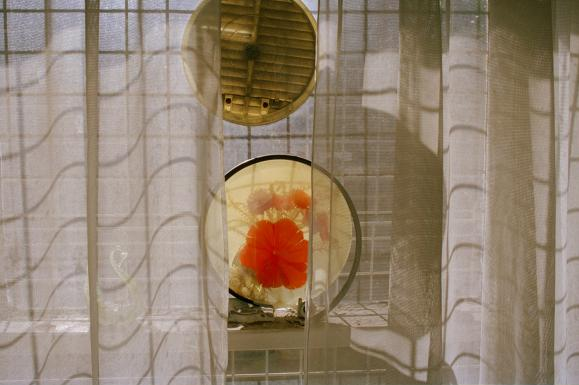 All of this is hinted at, and none of it is resolved, in Olde Wolbers’s marvellous and totally immersive full-house Van Gogh installation. It’s the latest in an impressive series of London installations produced by Artangel, the organisation that pioneered the transfer of art experiences from the gallery to the street. Way back in 1993, it was Artangel that commissioned Rachel Whiteread to create House, her full-size plaster cast of a Victorian terraced house, which went on to win the Turner Prize. Olde Wolbers’s piece, called Yes, These Eyes Are the Windows, is another example of a derelict London destination brought back to life by art.

Wolbers is best known as a film-maker. In previous works of hers I’ve seen, the storytelling takes place in specially created sets. Here, the house is the set. In 2012, it was put up for auction by the last family that lived here and was acquired by an art-loving Chinese businessman called Mr Wang. Mr Wang’s eventual plan is, apparently, to turn it into a studio residence for young Chinese artists. In the meantime, he has handed over the keys to Olde Wolbers, and for the next month, you too will be able to wander around the London house in which Van Gogh lived, listening to the ghosts, jumping at the creaks and imagining Vincent in Brixton.

The journey begins outside with a typed note stuck to the door, instructing you to ring the bell and wait. The door opens and in you go. The story ahead is told by ghostly voices and matching sound effects that echo round the empty spaces and lead you from room to room. Stripped of all its contents, the house itself offers no actual evidence of Vincent’s occupation. Indeed, it is strikingly bare and decrepit. But the voices and the creaks are suggestive. And you’re soon imagining it all.

I was immediately struck by how small the spaces are. Just six tiny rooms linked by a notably poky staircase. For no other reason than the fact that it has played such a notorious part in Vincent’s story, I had imagined the house to be much bigger. But my reaction turned out to be part of the story.

Initially, the voices you hear, and which appear to come at you from all around, are difficult to make out. But as your ears attune themselves to the babble, you begin to distinguish a central narrator — who is finally revealed to be the voice of the house itself — abetted by a busy cast of ghosts dating from Vincent’s time until today.

There’s Vincent himself, sounding Dutch and lonely; Mrs Loyer and her various relatives; Paul Chalcroft, the Van Gogh-loving postman who in 1971 discovered this was the house in which Vincent had lived; Mr and Mrs Brown, the owners of the house at the time of the discovery; and the planning committee that proposed its demolition before the arrival of a blue plaque on the wall made that demolition impossible.

All of them babble away, telling you their stories, as you climb the stairs and examine the rooms. Mr Brown complains about the visitors who pop up at all hours asking after Van Gogh. Mrs Loyer’s relatives wonder what really happened to the baby Eugenie had when Vincent left. The planning committee wonder if they should demolish or not.

At first, I assumed everything they were telling me was the truth. But then I remembered that the family that lived here when Chalcroft came round to tell them Van Gogh had once been a lodger were not called Mr and Mrs Brown. They were Mr and Mrs Smith. What’s more, at the very end of the journey, the last ghost you hear is Vincent himself, singing a strangely familiar tune. Wait a minute. Isn’t that Starry, Starry Night? Being sung in Chinese? Yes, it is. 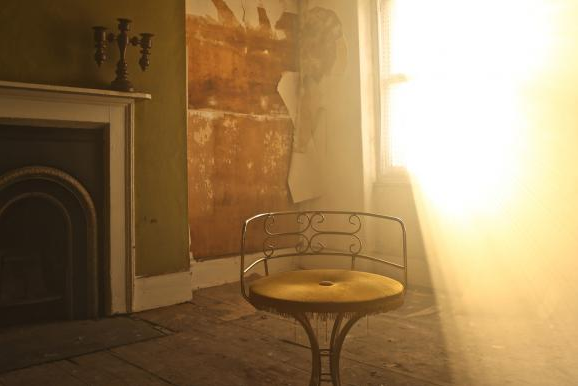 Thus, what we actually have here is a work of fiction about the work of fiction that is our fantasy of Van Gogh’s stay in London. In a clever artistic manoeuvre, Olde Wolbers is using the real house to investigate our urge to create an imaginary Vincent. This isn’t about Van Gogh. This is about us.

Speaking of us, what would Vincent have made of the Serpentine Gallery launching a perfume called Serpentine, created by Comme des Garçons and retailing at £56 a bottle? According to the Serpentine’s co-directors, Julia Peyton-Jones and Hans Ulrich Obrist, the new scent “captures the experience of visiting the Galleries and the Park”. Back in Brixton, the ghost of Van Gogh will surely be thinking: why didn’t I think of creating a new perfume instead of wasting all my time on art?