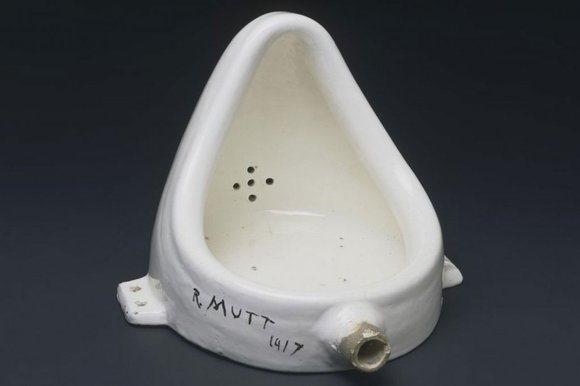 Marcel Duchamp was the most important artist of the modern era. That much is clear. He was more important than Picasso, Matisse and even Warhol. They merely changed the direction of art, Duchamp changed its state. Art was one thing before him, and another thing after him. What is not clear is why he did it. Why did Duchamp arrive at the radical new definition of art that constitutes his gigantic contribution to modern culture? Also unclear is why his changes have proved so popular that much of the art of today owes its origins to him.

These questions are particularly difficult to answer because we see so little of his work. Compared with Picasso or ­Warhol, his oeuvre is tiny. A single museum, the Philadelphia Museum of Art, owns most of what remains and is understandably reluctant to let it out. What he produced was also intentionally insubstantial. As the inventor of conceptual art, Duchamp’s ambition was to make art out of offerings that cannot be seen, to enfranchise the invisible. Thus, we cite him endlessly, but experience him rarely.

Ten out of ten to the Barbican, therefore, for daring to grasp this stingy nettle and put on this really rather brilliant exhibition. It brings together most of his best-known pieces and involves them in a clever interactive display shared with four of his finest American disciples: the composer John Cage, the choreographer Merce Cunningham and the artists Robert Rauschenberg and Jasper Johns. The resulting event encourages you to view his work through their eyes. And through the magnifying lens of their art, it becomes easier to see what Duchamp himself was trying to do, and why.

To give you an example, one of his favourite creative strategies was to swap around the positives and the negatives. The Barbican has excellent proof of this: a self-portrait made by reversing the usual process for creating silhouettes. Usually, with a silhouette portrait, you cut away the paper and leave behind a ­recognisable profile of the subject. Duchamp did the opposite. He cut away the profile and left behind the surrounding paper. The portrait head is the emptiness, and the space around is the solid. Nothing has become something.

This is also the thinking behind Cage’s most celebrated work, 4’33’’. By not ­playing music for 4 minutes and 33 seconds, he framed a silence and showed it to be different from an emptiness. To make the point explicit, the exhibition’s inspired mise en scène-ist, Philippe Parreno, has interspersed the delightful Cage piano pieces playing throughout the event with interludes of live atmosphere from outside the Barbican, all of which last exactly 4 minutes and 33 seconds. Kids shouting. Birds cheeping. Water falling. When you listen properly to this background silence, how rich and suggestive it becomes, and how busily your imagi­nation whirrs to envisage its origins. Welcome to the pleasures of conceptual art.

Duchamp spent much of his adult life in America. It wasn’t escapism, though, that propelled him across the Atlantic. The real attraction was the newness of America, the absence there of stodgy and ingrained aesthetic traditions. Nothing was too old to change, and in his American acolytes he found a turbo-charged band of aesthetic art-slingers, keen to follow his rule-breaking example. That’s the story of the show.

We begin with a pulse-quickening cluster of his most hallowed works, ­borrowed, amazingly, from Philadelphia. Nude Descending a Staircase, No 2, from 1912, is a madcap display of kinetic ­cubism in which the painting process mimics the rhythms of a flick book. The Large Glass (1915-23) is a symbolic re­imaging of the sex wars, in which the human roles are played by weird machines painted onto glass. Finally, there’s Fountain, that notorious urinal from 1917, turned upside down and signed R Mutt, the single most disruptive work in the annals of modern art. Seeing them together is unexpected and exciting.

The urinal is the most notorious example of Duchamp’s most notorious invention: the readymade. His bicycle wheel mounted on a stool is also here. And the bottle rack hanging from the roof. In all these cases, an everyday object has been reframed in an art context and given a new life as an art object. The ordinary has been turned into the extraordinary. It’s a hugely influential creative strategy that has, alas, borne terrible fruit. Big Brother is a readymade. So, on a more enlightened plane, was Cage’s 4’33’’.

The most difficult of the four American Duchampists to celebrate here is Cunningham. Perpetual dance is obviously not an option, so Parreno has erected a suggestive stage at the centre of the show, flanked by spectacular Duchampian set designs by Johns and Rauschenberg. On Thursday nights and weekends, various Cunningham pieces will be danced here. But when real dancers are not available, the sound of their footfalls will echo instead across the dance chamber, and the dancefloor itself will heave and shudder magically, as if being bounded across. It’s a marvellous piece of problem-solving that emphasises, once again, the productivity of absence.

Another successful Duchampian weapon inherited and redeployed by his American acolytes was humour. The urinal sought deliberately to tweak culture’s nipples and to attack the notion that art needs to be serious to be deep. The humorous aspect of Duchamp found a ready audience in Johns and Rauschenberg, both of whom brought a mocking belligerence to their work in the 1960s. Johns was particularly snippy. His painted beer cans of 1964 are cast in bronze, a material with a glorious art past, yet forced here to slum it and look inglorious. It’s like forcing a king to clean the lava­tories. This isn’t just humour. This is cultural revenge. Our own times, with their relentless privileging of comedy, are being set an important example.

While the display downstairs functions as a giant installation, with interconnected contributions from all the exhibitors, the show upstairs has been arranged into informative alcoves looking at different aspects of Duchamp’s influence. There’s a particularly telling one examining the impact of chess. Duchamp represented France in various chess Olympiads, and at one point was rumoured to have given up art to focus on his Sicilian Defence. We now know that this never happened. In chess, most of the action takes place in your head, while the moves themselves are short and quick. That’s how Duchamp’s art seems to work. He was as calculating as a corporation, as cunning as an advertiser, as good at ­getting inside your head as a radio jingle. Indeed, there isn’t much about the modern world that isn’t being foreseen here.