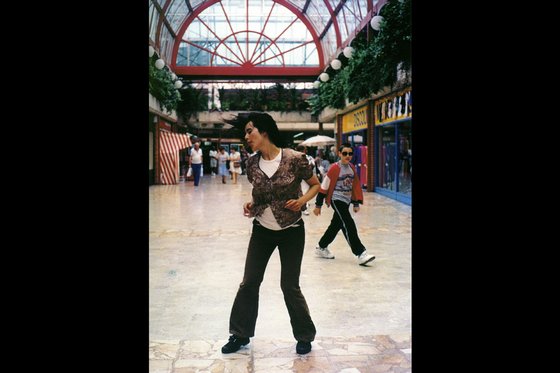 Of all the terrible names for an art movement that we critics have come up with in the modern age, surely the YBAs, or Young British Artists, is the worst. Personally, I try never to use it. Even by the low standards of art-movement naming, YBA is in the nul points league. The only tangible qualities it describes are youthfulness and Britishness, both of which apply to millions of others. No style or shared ambition is evoked. No tone or direction. As a description of an artistic impulse, YBA constitutes an act of giving up.

Imagine if the Beatles had called themselves Four Young Men from Liverpool. Or if Pride and Prejudice were entitled The Story of Elizabeth Bennet as She Deals with Issues of Manners, Upbringing, Morality, Education and Marriage Among the Landed Gentry of Early 19th-Century England. Making it worse is the immovable problem of dating. What is to happen to all these young British artists when they grow up? Must they be trapped for ever in a cryogenically youthful artistic state? Should they buy toupees and purple hipsters, and spend the rest of their natural artistic lives pretending? Actually, the last thought cheers me up. Suddenly, I can see an excellently grotesque future for the art movement formerly known as the YBAs, whom I hereby rechristen the MABAs.

The ageing of Gillian Wearing from bouncy teenage video activist to melancholy middle-aged voyeur certainly makes for compelling viewing at the Whitechapel Gallery. Since winning the Turner prize in 1997, Wearing has maintained a conspicuously low artistic profile. We haven’t seen nearly enough of her. As a YBA, she was more thoughtful and complex than most of her peers. As an MABA, she remains complex, but has added true blackness to her palette. When I say that Wearing’s work has become creepy, I mean it as a compliment.

Her Whitechapel show is not quite big enough to constitute a full retrospective, but it features most of her best-known pieces and successfully traces a career arc. The front of the show is loaded with the dark video pieces with which she made her name. The second half has more of the photographs and scary identity swaps that have interested her of late. All the way through, in all media, she probes the differences between the outsides of human beings and the insides. The mask v the mind. How you look v how you are.

It’s an interest that begins innocently here, with the famous video of her dancing energetically in the middle of a shopping centre in Peckham in 1994. Because there is no music to be heard, most people who walk past her think they have a dancing crackpot in their midst. Thus, the real subject of the piece becomes the reaction of the passers-by, not the dancing artist.

Dancing in Peckham was made a decade or so before the arrival of the iPod, so one way to understand the work is as an impressive piece of societal pre­science. Not only are we watching the invention of the silent disco, but back in 1994, when all we had was the Walkman, Wearing was envisioning a world in which parts of the crowd would cut themselves off from other parts in cocoons of private music.

At first, it’s a happy enough process: you would need to be hard-hearted indeed not to enjoy her enthusiastic frugging as she tackles Donna Summer in her head. But the happiness soon wears off. By the show’s second piece, a re-enactment by Wearing of her grandmother’s comatose state in a wheelchair, we are roaming through the dark and sticky internal territory of other people’s problems.

Most of the videos at the Whitechapel have a wrist-slitting intensity to them. Walk into one booth and a mother is slapping her daughter, yanking her by the hair as the poor girl cowers in her underwear. Walk into another booth and a respectable-looking middle-aged man with the voice of a child is remembering seeing his first cock in a mirror. Run away from that and you crash straight into a scene of a gang of violent men bullying a shabby-looking loser who wants to play with them.

Do you remember that bleak soap opera that Channel 4 used to show, called Brookside? It was set on a suburban Liverpool estate and was so relentlessly harrowing that it ended up getting dropped. Well, that’s the tone here. I found Bully, the film about the loser set upon by the gang, so painful to watch that I had to cower against the wall. It brought back instant memories of supporting Reading FC in the 1960s and travelling to places such as Swindon, where bands of unmuzzled skinheads would get you down on the ground and kick you.

If I’m making all this sound overly gritty, then I am doing Wearing a disservice. This is life behind the mask, yes, but distorted into weirdness. Each of the films is shown in a wooden box that mimics the blank, behind-the-scenes appearance of a stage set. The clever present­ation adds to the intensity, but encourages you to be suspicious. What is real here, and what isn’t? Bully turns out to have been filmed during a method acting class. The gang and the loser are pretending. As with most of Wearing’s best pieces, artifice has become a path to the truth.

That said, I climbed out of the nether regions of the show into the brighter, poppier stuff displayed upstairs with some relief. If the films downstairs are the equivalent of the un­edited rushes of Big Brother, the photo works upstairs are the same subject edited into sexy highlights. We begin with a set of those catchy and influential images from the early 1990s in which Wear­ing asked scores of anonymous bystanders to write down their thoughts. A black policeman holds up a card reading ‘Help’. A City banker admits: ‘I’m desperate.’ A pony-tailed loner with a harshly tattooed face tells us: ‘I have been certified as mildly insane.’

In the same ballpark, but scarier, are the sweaty video confessions presented in three small booths that feel like the confession boxes you find in Catholic churches. Fretting and mumbling inside is a parade of unhappy people in horrible masks, all of whom answered a newspaper advertisement placed by Wearing that is also the title of the work: ‘Confess All on Video. Don’t Worry, You Will Be in Disguise. Intrigued? Call Gillian…’

A man in a hairy Neanderthal mask tells us about the time he picked a scab from his face and put it in his boss’s pizza. A girl in a deformed one-eyed mask remembers how she drugged the man who was two-timing her, robbed his house and stole his credit card. Without the masks, this would be regulation con­fessional psychology, courtesy of Channel 4. With the masks, it moves into Hans Bell­mer territory and grows florid and grotesque.

Thus, Wearing is confirmed here as a pioneer of what came to be known as reality TV. The crowd is offering up its secrets. Masks are being penetrated. Fifteen seconds of fame awaits us all. Including, of course, the artist herself. All the way through the show I had the feeling that she too was hiding somewhere behind other people’s identity changes and the continual unmasking of strangers. Works like Sacha and Mum, where the young girl is slapped by an alternately angry and tender parent, sound an autobiographical note.

Sure enough, the last stretch of the show is explicitly about Wearing and her family. In a series of disturbing self-portraits, she puts on an assortment of expertly created prosthetic disguises and becomes her own mother, her father, her grandmother and her younger self at various ages. Particularly impressive is the trans­formation into her own brother, with his top off, achieved with a full-length body suit and a frighteningly successful face mask.

Up to this point, the message of the show had been glum but straightforward: dark things lurk behind the human mask. But with the adoption of the identities of the entire Wearing family, the artist has moved onto more haunting terrain. Brookside has turned into Psycho.