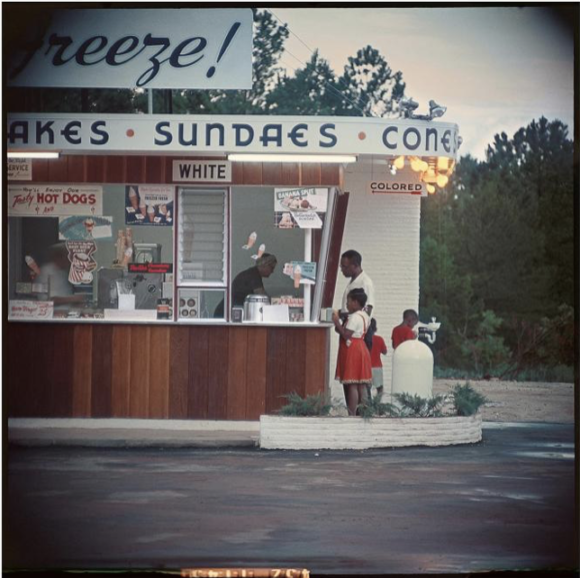 On the long walk into central London to see the Gordon Parks show at the Alison Jacques Gallery — I will use public transport soon enough, but I’m not man enough yet — I was surprised to see a giant billboard outside Kentish Town station festooned with the names of Hamed Maiye, Ashton Attzs, Joy Yamusangie, King Owusu. Beside each name was an artwork. Beside each artwork a declaration: Black Lives Matter.

There’s a powerful wind blowing across the land. It could be the wind of change. We’ll see. What it certainly is is the wind of pertinence. Only rarely as an art critic do you feel an unstoppable force pushing art in a clear direction. It’s certainly happening now. The most potent, most insistent, most important and best art being made is being made by black artists.

I was ruminating on this on the way to the Parks exhibition, and it softened me up so successfully that when I reached the show it took an effort not to start blubbing. I’m a softy. Tears come easily to me. Parks’s photography is so sad, so accusatory. The terrible injustices he witnessed in segregated America in the 1950s stirred his heart, so he weaponised the unfairness. 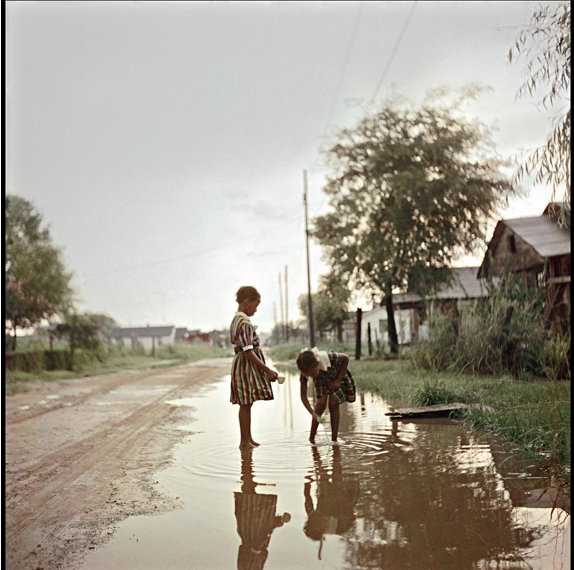 He is best known for directing Shaft: the first and finest blaxploitation movie. He also wrote 15 books, composed music, wrote poems and ballets, and photographed Marilyn Monroe. There wasn’t much that Parks couldn’t do.

Born in Kansas in 1912, the youngest of 15 children, he was thrown out of the house at 14 and took his first job at 15, playing piano in a brothel. Then he worked as a footman at a gentleman’s club in Minnesota, where he read all the books in the library. Then he played semi-pro basketball. When he was 25 he bought his first camera, by which time his life had been rocked and fertilised by enough harsh experience to shape a generation, let alone a single life. And it all went into the photography.

The Alison Jacques show focuses on two collections commissioned by Life magazine, the leading photojournalist periodical of the times. Parks worked for Life from 1948 to 1972. The magazine would send him on punchy assignments, sometimes lasting several months, and he would come back with the punchy picture stories. In 1956 it sent him to Alabama, where he produced Segregation in the South, the first of the sets we see here.

Outside a store selling banana splits and ice milk, we see a black family — dad, mum, four kids. They’ve stopped at a water fountain. It’s a hot day. There are two fountains. One is labelled “White only”. The other “Colored only”.

Outside a store with an ice-cream stand, we see another black family — dad, three kids — queuing at a window on the side labelled “Colored”. At the front of the store is another window labelled “White”.

Outside a store, sitting on rickety benches, are four black girls, three black boys, two black mums. A sign on the door announces that the shop sells Sunbeam Bread and that it’s “energy packed”. There’s a poster of a beaming little girl munching at a sandwich, her hair as golden as an ear of wheat. I think it’s Shirley Temple. 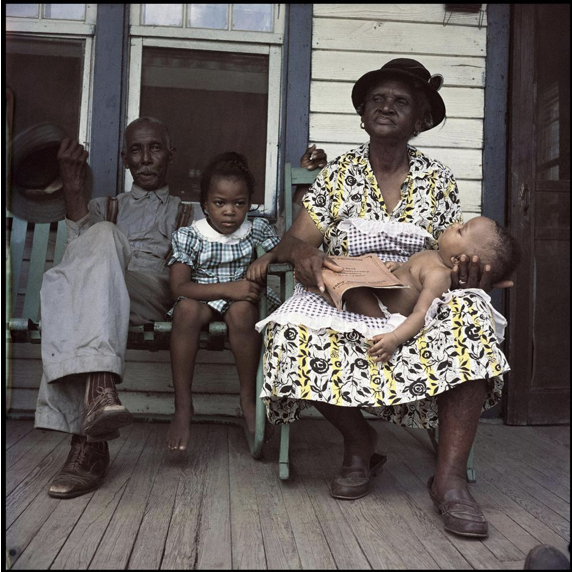 It’s heartbreaking stuff: the iniquity of the local store. America in the 1950s practised a variety of apartheid that was especially evil because it was especially commonplace. Where other documentary photographers of the epoch focused on conflict and civil disobedience, Parks focuses on black families and the banal cruelties of everyday life. Helping him out in his war against evil is the fact that the faces he chooses to photograph are so reliably beautiful. Especially the children, with their freshly pressed clothes and Sunday-best hairstyles. They may be barefoot, but they’re always cared for. “I felt it is the heart, not the eye, that should determine the content of the photograph,” he wrote in explanation. Segregated America had plenty of poverty and more than enough squalor, but what Parks chose to notice was the neatness, the politeness, the love.

Later in his career he would become a notable fashion photographer, working with Monroe and Ingrid Bergman. On this early evidence there was something hard-wired about his appreciation of clothes. Especially on women. Outside a dilapidated Methodist chapel in Shady Grove, Alabama, he photographs two women in matching pale blue dresses. The church is peeling. The ground is cracked. But the immaculate women in their rhyming dresses flick an immediate beauty switch on the scene.

The second part of the show deals with the Black Muslim movement that reached the apogee of its influence in 1960s America; the world of Elijah Muhammad and Malcolm X. Once again Parks ignores the dark shadows that marched behind the Nation of Islam and presents us, instead, with a selection of compelling faces.

Malcolm X looks like a high-school teacher with his neat tie and glasses and a Parker pen in his breast pocket. Sister Ethel Sharrieff, the daughter of Elijah Muhammad, looms up at the head of a battalion of Islamic sisters, costumed identically in crisp white habits. Nuns going to war. 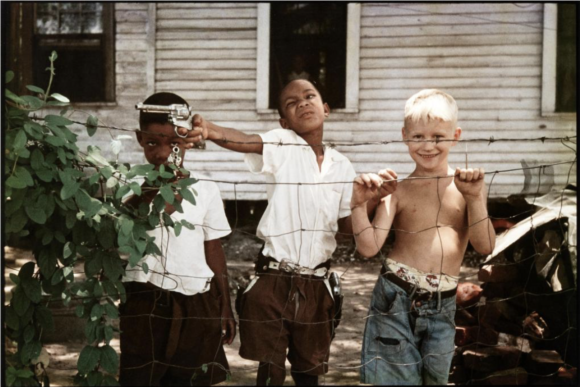 Finishing off the experience is a fascinating documentary about Parks directed by Craig Rice, called Half Past Autumn. It was made in 2000 and expands his story in a bewildering array of directions. In 1966, when Muhammad Ali fought Henry Cooper in London, Parks was there to record the event. He made films about Leadbelly. He wrote the music for a ballet about Martin Luther King. For one man to have done as much as Gordon Parks did is a lesson to us all in the possibilities of life. 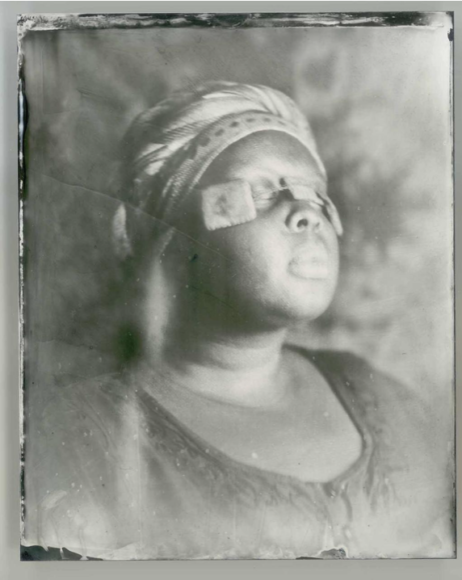 Unfortunately, not all black lives can be as fruitful. In 2017 at the Venice Biennale, in an exhibition in the Diaspora Pavilion, I came across the work of Khadija Saye. It was displayed in an alcove at the far end of the event: a mysterious set of black-and-white portraits made with a fuzzy photographic process that seemed to belong to an earlier century and which made the imagery look ethnographic.

A woman in a turban puts a vase to her ear. A woman in a turban covers her face with seashells. Later I learnt that the strange imagery related to the spiritual practices of Saye’s Gambian mother. At the time all I knew was that it stayed with me.

In my review of the Biennale, I singled it out. “Khadija Saye makes gorgeous wet collodion tintypes in which this haunting 19th-century photographic process heaps poetry and sadness on to her imagery,” I wrote. A month later she was dead. So was her mother. Both lost at Grenfell Tower. 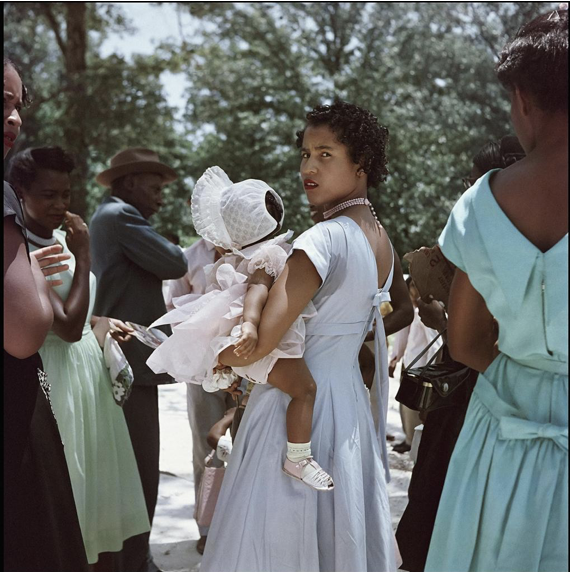 To remember her, a new public project devoted to diversity in art, called Breath Is Invisible, has mounted an exhibition of Khadija Saye’s portraits across the facade of a house in Notting Hill. It’s a short walk from Grenfell. The work will be there till the autumn.