The challenges of lockdown have been met with varying degrees of success online by art galleries, says Waldemar Januszczak 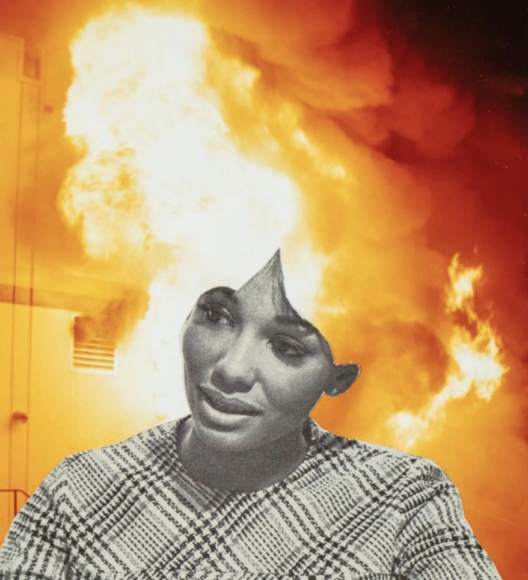 Getting into art galleries to see art has proved trickier than I expected this week. On paper several commercial galleries in London have opened their doors again and are there to be viewed. But you have to go online and book an appointment. Plus, most are not open every day. Plus, travelling into central London is still a dangerous-feeling journey. Plus, the shows currently on offer are the scrapings from the back of the oven. On paper it’s opening the door. In realis mundi it’s lifting the flap on the letterbox.

This is not true, though, of events in the ether. In recent months the real action in contemporary art has been online. The emergence and growth of a genuinely interesting internet presence for the commercial galleries has been one of the turn-ups of the lockdown. I definitely wasn’t expecting it. Mainly because I have spent my entire art-loving life preferring the real thing to any kind of reproduction of it.

Surely, to experience an artwork properly, you need to stand before it, measure your scale against its scale, feel its textures, go on its journey? Surely art is not a Zoom experience? Surely the whole point of art is to communicate intimately on a human-to-human basis?

Yes, yes and yes to all that. But there are ways in which the online offerings served up by museums and galleries can be useful and fruitful. And in this respect, what has happened over the past few months has been telling. Wheat has been separated from chaff. Just as some leaders of some nations have responded more impressively to the coronavirus threat than other leaders, so some galleries have thrived online during the lockdown, and some have not.

I should quickly add that I am not thinking here of our national museums and public spaces — all of which have had a disappointing lockdown. In the podcast I have been making with the art historian Bendor Grosvenor — Waldy and Bendy’s Adventures in Art — we have spent a lot of time sorting through the online offerings of the national collections, and not one has impressed.

The National Portrait Gallery, for instance, has had a disastrous stint in the ether. Their website looks as if it was left to the milkman to look after. It isn’t kept up to date, it isn’t easy to navigate, it isn’t inventive, it isn’t informative. Compare the NPG offering with the Rijksmuseum in Amsterdam, or the Metropolitan Museum in New York — the winner of our Waldy & Bendy Award for the best museum website — and you are comparing Jacinda Ardern with . . . well, I don’t need to write it, do I?

The national collections have specific problems to deal with, however. All were closed in a hurry. Most have furloughed their staff. Keeping a good website going is a demanding task. You need to put your heart into it. And that’s where the commercial galleries, looking after their own interests, have strode fiercely ahead.

Take the art fairs. In most circumstances I hate them. Having been to the first few editions of Frieze, I wish never to go again. Art fairs are the work of the devil. The reason they are so crowded and messy and greedy and antithetical to the experience of looking properly at art is that their task is to unload as many expensive goodies as they can on a rushed and desperate visitorship.

Early in the lockdown, though, Art Basel, the daddy of all art fairs, found itself with a Hong Kong event to open, and no possibility of doing so. Its answer was to move the entire experience online by creating a set of virtual viewing rooms in which every gallery at the fair presented a selection of works for us to look at or buy. Suddenly, browsing through the art fair became rather enjoyable. No crowds. No hassling. No snobbish gallery staff looking down their noses at your plimsolls. No fight to find the lavatories, no queues for the cloakroom, no paying £20 for a bottle of water. You went to a viewing room. Spent as long there as you wanted. And the experience became yours, not theirs.

A similar evolution has lifted the online presence of the better commercial galleries. At the beginning of the lockdown most of their websites were at the same level: dutiful rather than enthusiastic. Today, the bad ones have stayed put, but the good ones have grown, moved and become a valuable resource. Before the lockdown I would never have spent any free time browsing commercial gallery websites for films, interviews, podcasts. Now I do.

You’ll be wanting me to name some names. The David Zwirner gallery’s has been especially enjoyable. It’s full of tempting click-ons, packed with information, easy to navigate. Its weekly Dialogues podcasts, where gallery artists talk to fellow creatives, are relaxed and thoughtful, with none of that speaking-clock waffle that curators resort to when they’re out of their depth.

Yuskavage, such a strange and surprising artist, also featured in an online space called Studio, where Zwirner gallery artists show new works and talk about them. Jeff Koons was on recently. This week’s artist is Raymond Pettibon, who slumps on a sofa and ruminates pleasantly upon the things he’s up to. In the studio things get said that would not be said elsewhere.

Even more impressive — or perhaps it’s just that I like more of their artists — is what the Hauser & Wirth website has been up to. At the moment there’s an online exhibition up devoted to a single work by Louise Bourgeois — her self-portrait as a clock. Every hour, illustrated with a cheeky drawing, represents a different phase of her life.

The word-artist Jenny Holzer has been having a go at Donald Trump, parking a van in front of Trump Towers festooned with her trademark neon insults. “Impeach,” says one. “This place is a shithole,” says another. A few weeks ago the gallery opened an online show about the surprising relationship between the abstract expressionist Arshile Gorky and the black activist Jack Whitten. Fascinating.

The latest online event is devoted to the restless Lorna Simpson, who seems always to be trying something new. Simpson usually works on a big scale, with dramatic meetings of photos and texts. But her recent collages have a modest, homemade beauty to them, as if they are responding poetically to the circumstances of the lockdown. Not only do you get to see her new work, but a click takes you to a film about her, another click to an interview, a third to a statement. Thus the show becomes a fuller-than-usual, 3D experience.

It’s worth noting that the David Zwirner gallery was originally American and Hauser & Wirth was originally Swiss. Why is it that our big native galleries, such as White Cube or Victoria Miro, can’t cut it in the ether?