His reputation has tumbled in our neurotic century, but the artist’s luminous perfection —and love affairs — should be celebrated, says Waldemar Januszczak 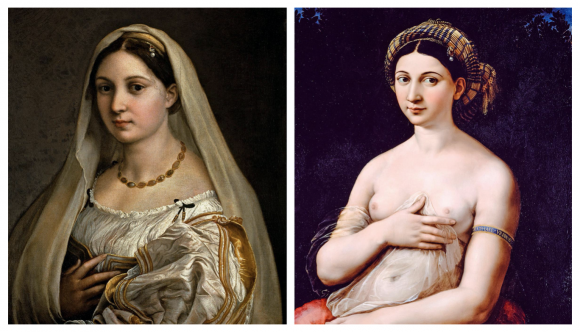 The art world loves a peg. A good peg can fire interest where previously there was none, shape a shapeless year, enfranchise an entire nation. So popular are they that somewhere deep in the basement of the art world a team of gnomes is surely at work as I write, furiously searching for new pegs: 150 years since Monet planted his first water lily; 400 years since Caravaggio bumped into Bernini; 130 years since Van Gogh changed his socks.

Last year saw an excellent example, with the whole of global art throbbing with excitement over the 500th anniversary of the death of Leonardo da Vinci. What a fuss. France and Italy nearly went to war over the right to celebrate. The Louvre tied itself into messy tangles trying to say something new about Leonardo. And there was all that stuff about the infamous Salvator Mundi, the world’s most expensive wrecked artwork, sold at Christie’s for $450m.

Now, as it happens, 2020 is the 500th anniversary of the death of Raphael, so I have made it the peg for this moan about pegs. At the V&A they have been restoring and reconsidering the great sequence of tapestry designs that hang there — the Raphael Cartoons. And in the Sistine Chapel itself the finished threads are briefly in situ for a rare display. A big Raphael show opened in Rome, and another is heading to our own National Gallery in the autumn. Hurrah.

Although most pegs are useless, the Raphael one will be helpful. Raphael does need serious reconsideration. His reputation has lurched and most of us today are unsure where we ought to rank him. Artists used to love his perfection, his grace, his elegance: he used to be the Greatest Genius of the Renaissance. But then, halfway through the 19th century, the crown began to slip. John Ruskin, standing in front of the wondrous Raphael frescoes in the Vatican, complained that “from that hour, the intellect and the art of Italy date their degradation”. The suspicion grew that beauty and grace were no longer desirable. The whole point of the pre-Raphaelites was to return to the truer art that came before him. Poor old Raphael found himself tumbling down the ranks because he wasn’t neurotic enough or enough of a failure for modern tastes.

This is a huge cultural wrong; a wrong that needs challenging. Hence my excitement at the upcoming Raphael celebrations, which, one hopes, will continue later in the year. Unfortunately I am not sure I trust the modern world to respond positively to his perfection, hardened wart-lovers that we are, so to twist the odds in his favour I am going to focus on a subject I am confident will ring a loud 21st-century bell — his sex life.

The first tangible love interest in art is Raphael’s celebrated mistress, La Fornarina, or Margarita Luti, to give her her probable name, or La donna velata, as the beautiful portrait of her in the Pitti Palace is known: The Veiled Woman. Painted in about 1516, when Raphael was in his thirties, it’s a seriously enticing image. So graceful. So calm. But that’s an illusion. Try to fold your arms in the way La donna velata has folded hers — go on, have a go — and you’ll be really uncomfortable.

Two things get me about the picture. One is the way the cloth is painted. The cascade of white silk, the light glistening on the gold brocade. It’s just gorgeous: baroque clothing effects achieved a century early.

The second outstanding thing is the simplicity of the colour contrasts. It’s almost a black-and-white image. And all the contrasts lead to her eyes. They’re like two lumps of coal dropped in the snow: immediately noticeable, gorgeously framed by all that surrounding paleness. From 500 years away Raphael has successfully weaponised the beauty of his mistress.

And if you look carefully at her hair, you can see a little white blob on the right. It’s a painted pearl, a delicate piece of Renaissance head decoration. The Italian for pearl is margarita. Raphael is gently playing word games with the name of his beloved Margarita Luti! Forget the Mona Lisa. Among the great female portraits of the Renaissance, this is the real heart-stinger.

Yet it isn’t his best-known image of La fornarina. That honour falls to the topless portrait of her that hangs in the Galleria d’Arte Antica in Rome. This time she’s naked from the waist up, and touches her left breast in an ambiguous gesture that has resisted a definite explanation. Raphael’s name is written on the armband on her left arm.

The weirdest explanation of the breast-touching is that she is suffering from breast cancer and indicating a tumour. Only the 21st century could come up with an idea as ridiculous as that: as if a Renaissance artist would ever make the discovery of cancer a suitable subject for art. My own suspicion is that she is identifying herself with Venus by adopting the famous gesture of the Venus pudica, the modest Venus, who covers her breasts and privates with her hands.

When Raphael died in 1520, aged just 37, La fornarina was in his studio. Along with La donna velata she forms the first clothed and unclothed feminine portrayal in art, a pairing that Goya was to perfect a couple of centuries later with his famous Maja vestida and desnuda. What the pictures together have certainly done is stir the legend of Raphael as the great lover.

It’s a myth that can be traced back to that terrible old gossipmonger Vasari, the first art historian, who reported that Raphael was “a very amorous man and affectionate towards the ladies”. According to Vasari, the real reason Raphael died so young was that his lovemaking wore him out and made him an easy victim of the plague.

There you have it. A lockdown Raphael for the Love Island Age.