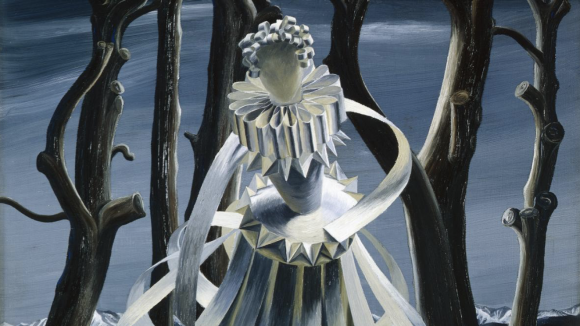 Lucian Freud pops up in the final room of the British Surrealism show at the Dulwich Picture Gallery, and hits a big nail on the head when he explains why he stopped going to surrealist meetings during the Second World War. “I objected to the fact that under the laws of doctrinaire surrealism … it was easy for people of no talent to practise art,” he grumbles in a caption next to one of his own paintings from the period that emphatically proves his point.

The clunky early Freud, Landscape with Birds, shows two awkward stick figures, one white, one black, playing in a spiky winter landscape while a flock of absurdly caricatured starlings — part bird, part fishbone — parachute wonkily through the sky. If LS Lowry had tried surrealism, he would have produced better stick birds than these. It’s a tragic fusion of faux seriousness and a wooden touch.

Take the word “doctrinaire” out of Freud’s complaint and you pinpoint the problem with surrealism in general, and this show in particular. By offering such a roomy bandwagon to jump on, by being so easy to do badly, surrealism was a magnet for the lightly talented. The problem was universal — every artistic nation in the world produced bad surrealists (and in some cases is still doing so). Here, however, the results were particularly feeble because something hard-wired into the British psyche — a reserve, a self-consciousness, an entrenched politeness? — made British surrealism timid.

It’s a point made recurrently by a show whose default mood is as mildly flavoured as a cup of darjeeling. The first picture we see, Paul Nash’s Opening, from 1931, is typical. A set of receding doors, pale and wan in the manner of Piero della Francesca, opens eventually onto a glimpse of beach and a sliver of sea. Nash’s art usually has a fragile presence to it. It’s a deliberate English mood. But the gentle brand of poetry he strives for, with his mysterious doorways and his slivers of beach, only works when it seeks to have a gentle impact. 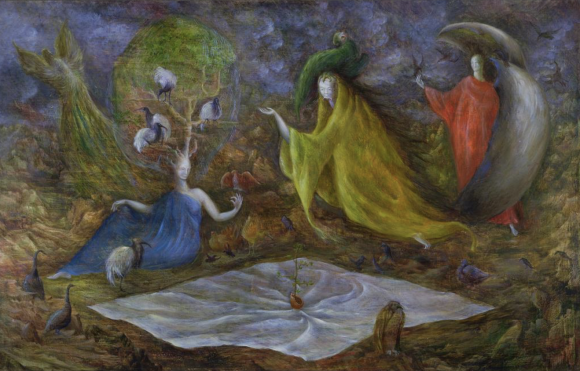 Not so the big landscape by Ithell Colquhoun hanging next to him. Pretentiously entitled La cathédrale engloutie — “the sunken cathedral” — it’s a billboard-sized whopper in which fragments of Stonehenge and the Avebury rings poke out of a rolling Teletubby hillside, as if a prehistoric cathedral were buried there. If you’ve ever seen an episode of Midsomer Murders, you’ll recognise these cod-druid moods. The vicar done it, and human sacrifices were involved.

The show is split into themes. The opening room is devoted to dreams. When surrealism started out, in France in the 1920s, its founder, André Breton, announced that the new movement was going “to resolve the previously contradictory conditions of dream and reality”. As the show’s captions point out, memories of the recent war — the psychological terrors it triggered — were a crucial part of surrealism’s original mix. Reality had failed. It was time to give unreality a go.

Yet the darkness and anarchy of these first ambitions is conspicuous here by its absence. When Marion Adnams tries to get nightmarish on us, with a moonlit forest through which an origami ghost dressed as a Spanish Renaissance princess is wandering, it’s more Alice in Wonderland than 1917.

Nothing here comes close to matching the oily and throbbing viscerality of Dali. Or Hans Bellmer’s evil psychosexual torturings of the human body. Or the unfathomable perversity of Georges Bataille. Instead of plunging deep into the blackness of the human condition, British surrealism goes for walks along the beach and collects pebbles and seashells. It reads lots of Lewis Carroll and paints pictures as polite as doilies. Some will wish to defend this unshakeable native reserve. But the evidence here is conclusive. As a nation, Britain wasn’t cut out to be surrealist. 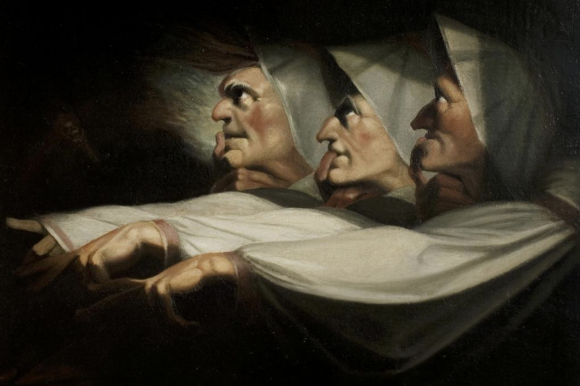 It’s an impression heightened by the gallery’s desire to keep the show family-friendly. All the way through, chummy wall captions try to keep visiting Daisies and Harrys amused. “Think of a dream you’ve had,” says the instruction opposite Nash’s grim 1918 scene of broken trees and muddy graves filled with First World War dead. “Act out this scene using only actions and no words.” The situation gets interesting when we reach the room dealing with the key surrealist interests of desire and sexuality. What will Daisy and Harry make of The Pine Family, which only works if you recognise Colquhoun’s anthropomorphic tree stumps as naked humans displaying their genitalia? Or, in the case of the male tree, what’s left of its genitalia, because the relevant symbolic branch has been brutally truncated. As I said: pure Midsomer Murders.

Colquhoun is one of an impressive number of female artists here. It is certainly to surrealism’s credit that it opened its doors to lots of feminine involvement. But the female surrealists are no better served by these circumstances than the male surrealists. Eileen Agar is weakly represented. Paule Vézelay is easy to miss. And no amount of crossing your fingers and hoping will ever turn Leonora Carrington into a good painter. With her anorexic ghosts and tremulous Day of the Dead storylines, she is always naff. The only female contributor to emerge with credit is Grace Pailthorpe, full-time Freudian and part-time painter, a genuinely spooky artist who feels as if she found her surrealist imagery on the far edges of her consciousness, not in the first few pages of Lewis Carroll.

So. Plenty of mysterious blobs that turn into humans. Lots of birdmen. A few spooky seasides. Scores of eyes that follow you around. A sinister forest, now and then. And many a gaping mouth filled with many a hungry fang. How weird that out of all the things surrealism could have depicted, it managed to arrive at this international consensus of its favourite clichés.

It is left to the extras — the precursors, the almost surrealists — to lift the proceedings. Nash’s 1918 warscape is the first of the standouts. And what should loom up around a corner but a gripping William Blake close-up of a screaming head, based on one of the damned in Henry Fuseli’s depiction of Dante’s Inferno. Fuseli himself is here, with his trio of witches from Macbeth.

But for me the show’s outstanding exhibit is a tiny watercolour by Richard Dadd called A Hermit. It shows a bearded mystic in biblical robes, sitting on a bleached desert rock. Above him is a crucifix. At his elbow are a skull and an hourglass. Dadd is notorious for going mad and murdering his father. Yet here everything is miraculously still and clear. And it’s that stillness and clarity, rather than any inserted weirdnesses or clunky distortion, that make this such a gripping image.