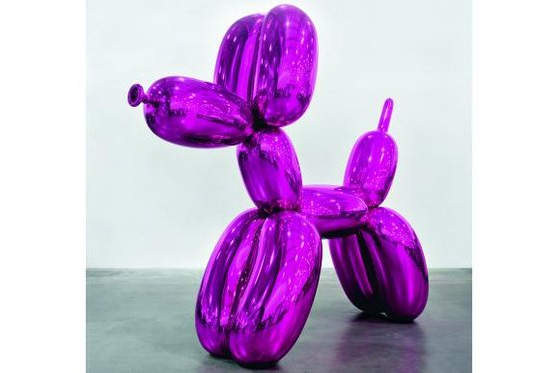 The worst thing the internet age has done to art is to homogenise it. Make it all the same. You used to be able to go to different places and be guaranteed a different art experience. I remember visiting the Afghan pavilion at the Venice Biennale a couple of decades ago and being confronted by a display of progressive carpets. That wouldn’t happen today. Today, the Afghan pavilion would be full of video art and conceptual photoworks, just like everywhere else. Information technology has succeeded where all the other invaders failed. It has crushed national difference. Which brings me to Jeff Koons. And why I admire him.

Koons could be nothing other than an American artist. The qualities he brings to art’s party are unmistakable American qualities — dumbness, brashness, innocence, vulgarity. What other culture would ever have lavished such gorgeous lacquered surfaces on a life-sized statue of Popeye? Who else would have had the eye-popping audacity to fill the glorious baroque halls of the palace of Versailles with an extra-large balloon dog, as Koons did in 2008?

That Versailles show brought him to France’s attention. And how. For vivid proof of the great cultural truism that opposites attract, measure the queues that have been forming outside the Pompidou Centre, in Paris, to ooh at the Popeyes and aah at the balloon dogs of the Jeff Koons retrospective. Of course, the French are perfectly capable of producing their own brand of artistic dumbness. They gave us Douanier Rousseau, remember. But the scale of Koons’s infantility, the outrageous trashiness of his embrace, are American achievements that appear to have hit a surprising Gallic nerve.

As with all shows at the Pompidou, the Koons retrospective is essentially open-plan. A few party walls have been put up here and there to impose a basic chronology, but most of the display is visible all at once. And with all these brightly coloured bunny rabbits grinning at you from all sides, the atmosphere here is more funfair than retrospective. I’m pretty sure there is more to Koons than meets the eye, that his art has a tiny touch of Goya about it, but no, it isn’t immediately obvious.

When we come to him here, in 1978, he is pretty much fully formed, with a set of gaudy inflatable flowers in a vitrine sitting next to a gaudy inflatable rabbit. Rather surprisingly, these first inflatables, purchased from a discount store in the East Village, were intended as a deliberate homage to Marcel Duchamp and his notorious readymades. But where Duchamp’s readymades — the weird wine rack, the surreal bicycle wheel — seem to say something spikily prescient about the mechanisation of the modern world, Koons’s readymades are as childishly escapist as a Disney cartoon.

So they don’t really work. But the next body of art does. Hoovers, produced from 1980 to 1987, features brand-new vacuum cleaners displayed fetishistically in Perspex boxes, illuminated with glamorous neon lighting. The show makes clear that these, too, are descended from Duchamp’s readymades. But how different they are. Where a displaced Duchampian wine rack looks like a mysterious medieval torture instrument, Koons’s Hoovers have that deep-gloss mechanical beauty about them that you find in Cadillacs and Airstream trailers. Mmmm. They’re so new. So crisp. So gorgeous. 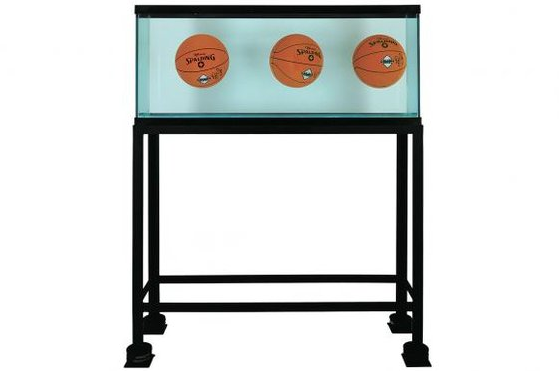 Even better than the Hoovers are the floating basketballs that follow in the series known as Equilibrium. I remember first seeing these in the pioneering Saatchi Gallery show of American art in 1987, which is credited with inspiring the YBAs. A bright orange basketball hovers, perfectly still, in the middle of a fish tank. That’s it. But, as so often happens with Koons’s best work, your senses know immediately that something strange is up, though it takes a while for the brain to catch up.

The basketballs should not be hovering in the middle of the tank like that. They should be bobbing to the surface. Their physics has been tampered with. It’s something you sense not with your eyes or your fingers, but with your lungs. Every time I look at Koons’s basketballs, I feel a sympathetic gasp coming on.

All this is pioneering. With both the Hoovers and the basketballs, Koons identified a brand-new sculptural effect: newness itself. It’s that sense of something being fresh out of its packaging: unused, unblemished, perfect. You know when you buy something and it has a distinctive smell about it? The interior of a new car? The smell of a new handbag? Imagine that as a sculptural effect, rather than a nasal one.

A set of surrounding paintings, based on advertising campaigns for new cars and new drinks, make clear that all this is intentional. There’s even a lightbox from 1980, spelling out two words: The New. Later on, in the giant pink Balloon Dog that sits at the centre of the show, reflecting its contents so magically and clearly in its mirrored metallic curves, it is the shiny surfaces themselves that seem to be striving for this exciting sense of perfection. 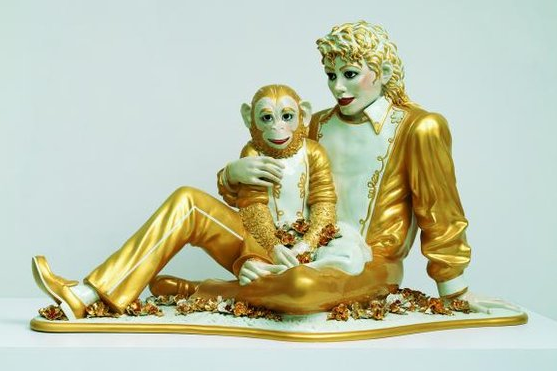 These are not pop art ambitions. Where pop art portrayed different kinds of consumer goodies to make critical points about American society, Koons’s art appears to have zero satirical intent. Instead, it seems entirely happy to have identified some pretty sculptural effects that it wants to celebrate.

After its strong beginning, the exhibition spends much of its second half petering out. The trouble with the carved wooden bears and the sows surrounded by angels that pop up during Koons’s Bavarian phase of the late 1980s is not really that they are so silly — lots of his art is silly — but that they are so unexciting. Inspired by tourist tat of the kind you buy in a German duty-free, they barely transcend their origins and never grow as gorgeous as the Balloon Dogs.

So where’s that touch of Goya, you might be asking? If Koons is at his best making huge, shiny sculptures with innocent cartoon moods, where do the doubts creep in? When you least expect them, is the answer. What should suddenly pop up among the Popeyes but a massive re-creation of the Liberty Bell, the great symbol of American independence? In situ, in Koons’s home state, Pennsylvania, the huge crack going down the side of the Liberty Bell is a picturesque sign of age. Here, at the Pompidou Centre, where it suddenly looms up, old and broken, it seems part of a national send-up.

Then there is a hideous sculpture of the Hulk with organ pipes sticking out of his head, roaring beastily at the heavens as he bursts out of his trousers. Apparently, the sculpture works like a real organ, and can be played to produce angry organic screams. It’s a moment of sculptural violence in a show full of sculptural placidity. And it has the effect of making you suspect much of what came before it.

So, is there something passively aggressive about the childish moods and surface banality of Koons’s smiley American art? I do believe there is.