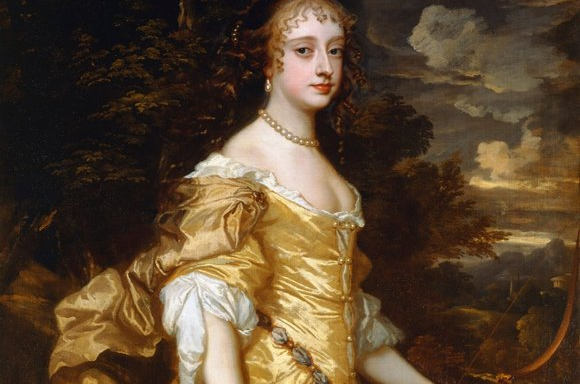 Those sneaky devils, the Fates, have been busy in recent weeks overturning our perceptions of British art. First they arranged for Tate Britain to be put through a floor-to-ceiling defibrillation that brought the old dear back from the dead and finally allowed us to admire the nation’s art journey from Tudor times to the Chapman ­brothers. Now they have turned their attention to the Queen, and have fixed it for Her Majesty’s fabulous collection of royal portraiture to be understood in intriguing new ways.

The sumptuous display that has appeared at the Queen’s Gallery seems to be about clothes — their importance and meaning in Tudor and Stuart times — but it can also be understood as an examination of portraiture itself. These days, we generally assume the task of the ­portraitist is to capture the sitter’s character as well as their appearance. When Rembrandt paints the outer man, he seems to paint the inner man, too: their spiritual anguish, their awareness of passing time, their dashed hopes. It is, of course, an illusion made possible by the expressive power of Rembrandt’s brush strokes, but it tallies with our views about what portraiture should be doing.

So, when we encounter a school of portraiture that doesn’t do any of this — which appears thoroughly uninterested in probing the psyche, which seems to lavish more attention on the patterns in a dress than on the sorrow in the eyes — we tend to be­little it. It is a fate that has befallen most British portraiture before the arrival of Van Dyck. All those pointy-toed Eliza­bethan ladies arranged stiffly along the stairs of our stately homes, all those men in tights standing bolt upright in our oak-lined Tudor halls, have tended to prompt national embarrassment rather than joy. Were we really this provincial?

Yes, we were. And we should puff our chests, Henry VIII-style, and be mightily proud of it. Because, as this show makes excellently clear, being provincial in this context means being from here, not from there. In Tudor Britain, portraiture developed a set of ambitions that was particular to these isles. It was a uniquely British way of understanding what portraiture should do and how it should be done. And in this new national outlook, clothes took on an elevated role. This was a portraiture in which the language of the embroidered doublet told you as much about the sitter as the worry lines on one of Rembrandt’s foreheads.

We start, inevitably, with Henry VIII, the human mastiff, whose four-square presence in our pictorial imaginations is largely the result of the clothes he wore in his portraits. Amazingly, Henry was renowned as “the best-dressed monarch in Europe”. His entire get-up, from the slashed doublet to the broad-shouldered gown, was adopted to achieve a particular visual effect. Yes, he was meaty, but those were never his real shoulders spreading sideways so outrageously. Henry’s superhero width was deliberately achieved with padding and stiffening.

Most of the female presences in the show, from Elizabeth I onwards, are more obviously exquisite. Their jewel-­like clothing presents them as human gems, and the painter’s task is to describe their finery so precisely that every symbolic nuance can be read. There’s a ­Portrait of a Lady by Cornelius Johnson so astonishingly exact, you can actually see that the stitches on her right sleeve are aligned perfectly, but the ones on her left sleeve are not.

Those of us who enjoy giggling at the ridiculousness of contemporary fashion are constantly reminded that it was ever thus. Many of the developments in men’s clothing were tasked with emphasising the wearer’s masculinity, and by the beginning of the 17th century, men’s thighs had grown so theatrically huge in their “bombasticated” breeches that they made Chris Hoy’s hamstrings look like the legs of a flamingo. Apparently, these artificially bulging thighs — seen to most hilarious effect in a portrait of the Prince of Brunswick, who appears four times wider below the waist than he does above it — were sometimes achieved with inserted sackfuls of grain that could ­accidentally be punctured, resulting in enough infill pouring out to provide a family with a week’s supply of bread.

A few kings after Henry VIII, Charles II made a conscious decision to dispense with ostentatious doublets and gowns, and to adopt a less grand royal look by wearing a long woollen coat on top of a loose-fitting shirt. His ambition was to ingratiate himself with his populace by playing down his magnificent appearance. But, clothes being clothes, what actually happened was that his woollen coats grew more and more ornate, until they were just as grand as the doublets worn by his beheaded father.

The show tells us all this, and bookloads more, with a gorgeous mix of paintings, garments, inventive accessories, eye-punching bits of bling and some extremely helpful diagrams. If you are dying to know exactly how a codpiece does what it does, or where a carcanet goes, this is the display for you. One gallery deals with the Tudors, the next with the Stuarts. From the start, it is interesting to note how rigorously the sartorial laws were enforced.

To be perfectly legible, the language of clothes needed to be ­perfectly reliable, and the painter’s record of it to be perfectly exact. Thus, British portraiture was tailor-made for the job. It isn’t just the demeanour and stance of Henry, Prince of Wales, and Robert Dev­e­reux, Earl of Essex, in a big square painting by Robert Peake of the pair of them out hunting, that tells you which is which. Their clothing is microcoded to make it clear. Henry, the future king, wears a sash embroidered in gold. The duke does not. Henry’s doublet is embroidered with a fixed gold decoration that stands away from the cloth, so you see as much gold as possible. The duke’s doublet has an interchangeable gold decor instead, which can be transferred to another outfit. To the trained contemporary eye, every nuance of this clothing would have had a specific meaning.

Interestingly, some of the sartorial decisions taken by Britain’s painted men also endowed them with a tangible femininity. Charles I was every bit as good at wearing pearls in his ear and cascading ringlets as his lovely French wife, Henrietta Maria, painted so sympathetically here by Van Dyck. More surprisingly, women, too, were partial to the odd piece of cross-dressing. The ­brilliant Peter Lely shows us Lady Frances Stuart as a sexy Diana, hunting with her bow. But in the next portrait, the same woman, painted this time by Jacob ­Huysmans, has adopted a soldier’s buff coat, put on a man’s wig and is passing herself off perfectly as a man.

To this day, nobody knows why Lady Frances Stuart should wish to dress as both a man and a woman. Her clothes are definitely telling us something, but, unusually in British portraiture, we haven’t the foggiest idea what.