Waldemar on the new Titian Biography 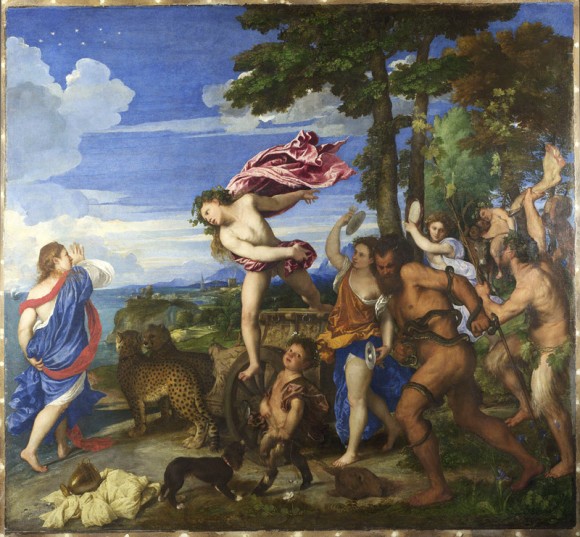 For reasons known only to the gods of art, this busy year of 2012 has added the ­feting of Titian to its impressive list of celebrations. It is not the painter’s birthday or anything obvious. There are no anniversaries that I can calculate. Yet the National Gallery has been devoting displays to him throughout the year, culminating in an ambitious Titian fest this summer spanning all the arts. And now we have the appearance of the first substantial ­Titian biography since 1877. Yes, 1877.

One hundred and thirty-five years may not constitute a proper anniversary, but it is certainly a surprisingly long wait. In her acknowledgments, Sheila Hale thanks her editors for allowing her to miss her own contractual deadline by six years, so this book was originally destined for 2006, but that was not an anniversary either. What is obvious is why she missed her deadline. Hale’s life of Titian weighs in at 832 pages, and just about every one of those pages is crammed with new or expanded or re-thought information about this stubbornly mysterious giant.

We still do not know when he was born. His earliest biographers, writing while he was alive, suggested dates between 1477 and 1484. Titian himself claimed it was in 1474, which would have made him a thoroughly unlikely 102 when he died in 1576. Hale joins more modern opinion in assuming it was between 1488 and 1490. Even allowing for all this blurring, he certainly livedto an unusually old age for the times.

The trajectory of his career is well known. A young genius arrives in Venice from the mountains and quickly becomes successful. He pioneers a particularly sensuous form of Venetian painting and soon it isn’t only fashionable Venetians who want his pictures. International dukes want them, too, then kings, then emperors, then popes. With so much prestigious employment coming his way Titian learns how to coast and allots much of the labour to his studio. But then, in old age, he triumphs all over again with the invention of a remarkable late style that seems braver, looser and more ­personal than any art before.

What makes Hale’s tracing of this arc so impressive is the amount of detail she adds to the bones. Her background is in travel writing and her guidebook to Venice, first published in 1984, is ­considered by many to be the best ­offering in the field.

Her Titian journey begins with two lengthy and masterly bits of travel ­writing that introduce us to the two most important locations of his life: Pieve di Cadore, where he was born and came from; and Venice, where he grew up and triumphed. Pieve was a busy ­trading township in the mountains on the borders of Hapsburg ­Germany. The painter’s family was involved in the ­timber business. The proximity of ­Germany made Pieve a vulnerable location in times of war, but a handy one in times of trade and peace. By placing ­Titian here so solidly, Hale not only explains the dreamy mountain vistas that sit like distant longings at the back of so many of his paintings, but she also shines a light on the mysterious conflict of energies that makes his genius so difficult to encapsulate. We see him as a Venetian. But he was actually a man of the mountains. We imagine him surrounded by water. But forests and ­valleys were his true inheritance.

Just as masterful as the evocation of Pieve is the description that follows of the foul and morally confused Venice in which Titian found himself as a teenage apprentice. What went on in the Serenissima at the time makes for startling reading. I had some inkling already of the popularity of prostitution and sodomy, but the violence described by Hale is truly shocking. Criminals were butchered barbarically in grotesque public ceremonies. Animals were murdered for fun in macabre mock hunts organised in St Mark’s Square. Enclosed by water, cut off from normality, Venice, you feel, was a society that had deformed, not formed. Titian was a water lily floating in a cesspit.

Except that there was something dangerously sensual about him, too. Hale, who has a racy streak, drops plenty of happy hints about his lively sex life and the full use he made of his models. Whether he actually tupped all the beautiful bleached blondes who turn up in his pictures or not, he certainly enjoyed painting them, and his patrons certainly enjoyed buying them.

Hale is also an enthusiastic collector of characters, and her descriptions of the band of Renaissance crackpots who constituted Titian’s employers result in some of book’s most entertaining stretches. I particularly enjoyed the relationship between Titian and the nutty Alfonso d’Este, inventor of cannons and world-class wheedler, who commissioned some of Titian’s sauciest early mythologies. Even by the standards of the High Renaissance, Titian was an unusually skilled procrastinator, and his efforts to keep Alfonso at bay with a relentless round of hopeful excuses make for hilarious reading.

All this vivid detailing of the bit players has a downside: it gives the book the rhythm of a shaggy dog story. In many of the most readable passages, Titian is only mentioned here and there. At the very beginning, in the marvellous opening picturings of first Pieve and then Venice, it takes 100 or so pages for him to move from the margins of his own life to the centre.

Hale, you feel, is always happier writing about Venice and its characters than she is deciding upon her subject’s artistic fabric. There’s a hesitancy to her art history that stays her hand. When, for instance, she describes the National Gallery’s horrible overcleaning of the glorious Bacchus and Ariadne, she notes the outrageous removal of the painter’s glazes and scumbles, without rounding on the gallery for the crime. A truly ­confident artistic biographer, someone conscious of being the keeper of the flame, such as Picasso’s great biog­rapher, John Richardson, would have come down on the National Gallery with appropriate magisterial anger.

As a feat of research, this relentlessly informative volume sends the dial past herculean. However, Titian’s outline has never been the problem. The problem has been his essence. And in that deeply mysterious territory there remains space for a definitive voice.