Artists who can depict children well in paintings are a rare breed, says Waldemar Januszczak 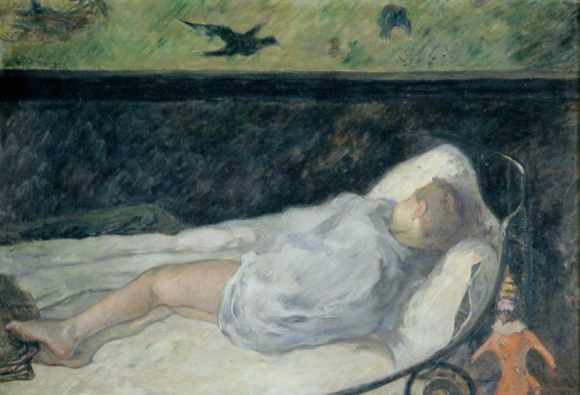 It has always surprised me how few artists are good at depicting children. Even the best fail. It’s particularly noticeable in Renaissance art, with all those ridiculous infant Christs. They even have their own amusing Tumblr account — Ugly Renaissance Babies. Yet Renaissance artists were trying to paint a Jesus who was fully a man and fully a god. How the hell do you do that? No wonder they had such trouble.

Later artists have less excuse. My suspicion is that most male artists in the past spent little time at home with their offspring and were therefore ill-prepared to depict them. There are plenty of mini adults in art — small versions of big parents, toy kids, sweet as marzipan — but only rarely do they feel like genuine children.

The artists who do display a tangible observational affection for their offspring are, therefore, a special breed: a breed I respect. I’m thinking of Rembrandt, Rubens, Gainsborough, Picasso, Mary Cassatt and, above all, Paul Gauguin. Some of the most tenderly observed children in art are Gauguin’s.

One of the shows that was supposed to have opened recently in London was Gauguin and the Impressionists at the Royal Academy, a selection of treasures from the Ordrupgaard Collection. The Ordrupgaard is a small museum just outside Copenhagen, filled with cracking French paintings. I have filmed there and loved the intimate atmospheres. The highlights of the collection are the early Gauguins, including some of his best paintings of his children.

People often forget that Gauguin was an impressionist. Long before he left for Tahiti, he showed in five of the eight impressionist exhibitions. When people discuss the impressionists they invariably focus on Monet, Renoir and Pissarro, and rarely mention Gauguin. Which is wrong. He was a really interesting impressionist.

This picture of his daughter Aline, asleep in bed — The Little One Is Dreaming, it’s now called — was displayed at the seventh impressionist show in 1882. Aline was his favourite of the five children he had with his Danish wife, Mette. The painting was made in Paris just before the stock-market crash of 1882 that turned his life upside down. He had been a successful stockbroker. The crash left him jobless. That was when he decided to become a full-time painter. He was 34.

So when Gauguin became an artist, he already had behind him a substantial domestic life. He was no hotshot out of art college. He was an experienced father, a mature presence. And it shows in this warm and loving portrayal of his sleeping daughter. No soppy dad ever painted a soppier picture of a beloved child.

Aline had trouble with her hair, which was falling out in clumps. “I’ve been forced to have my little daughter’s hair cut very short,” Gauguin told Pissarro. “Whole patches were falling out. It’s distressing to see her so bald.” Because of these problems, Aline’s hair was kept cropped, which is why she looks like a boy. She was about three and a half when this was painted, asleep in a wrought-iron cot, a blanket at the bottom tucked protectively between her toes. Her dad, the painter, watches over her tenderly.

Because it’s a back view, there’s a pictorial pull at work that draws us towards her: into her sleep, into her thoughts. And it’s in this woozy atmosphere of dreaminess that Gauguin’s genius for suggestion and symbolism elevates the picture above the usual retinal territory of impressionism and into a more complex psychological terrain.

It’s the wallpaper that does it. The fleeting silhouettes of birds on it lure us into another reality. It’s as if the wallpaper has become the little girl’s dream, her other world. And it’s not the happiest of dreams. The birds are ambiguous. What’s happening on the far left? Is the black bird emitting a lonely cry?

This sense of unease is compounded by the weird puppet hanging on the right. He seems to be some kind of clown or jester. A red tunic with bells. A pointy hat. But he’s got a beard too, which gives him a creepy air. Who ever saw a glove puppet with a hipster beard?

Thus this extraordinary family picture takes us on an unsettling journey. It starts out soppy, warm, loving. But then the darknesses pop up. Just like life.