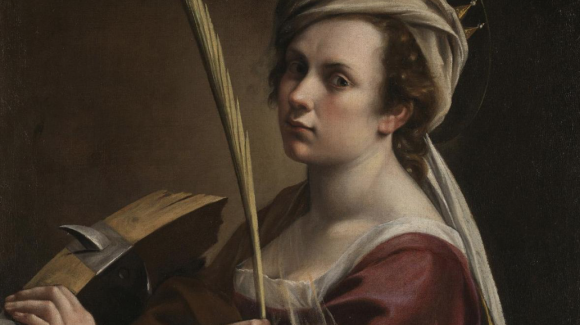 Everyone will have a different list of the shows they miss most in this dark spring of cancelled openings. I was looking forward with giddy excitement to Gauguin and the Impressionists at the Royal Academy in London. It was going to feature the key French pictures from the Ordrupgaard Collection near Copenhagen. I’ve been there. And swayed through the feast, like a drunkard. The Gauguins. The Manets.

The missing exhibition that blows the biggest hole in the 2020 calendar, however, is surely Artemisia at the National Gallery, due to open this week, now promised “in the future”. It’s a blow for various reasons. The most obvious is the feminist one. Artemisia Gentileschi (1593-c 1654) can be bluntly described as the first great female painter. There were interesting women before her — Sofonisba Anguissola (1532-1625) from Cremona, Lavinia Fontana (1552-1614) from Bologna — but they lacked her baroque magnetism and, frankly, her talent.

On her default level, Artemisia was a master of edgy realism. Her art doesn’t feel especially symbolic or stylistically adventurous. It does feel as if is happening right now, right in front of us. And that’s compelling. Then she adds her secret ingredient: the Artemisia fairy dust. Think of it as a sense of personal involvement, a communication across the ages. She is whispering intimate stuff to you as if she were inches away. It is, of course, an illusion — a typical baroque trick. But boy, does it yank you in.

A superb example is the Self Portrait as St Catherine, recently acquired by the National Gallery; its first Artemisia. St Catherine of Alexandria was an early Christian martyr. The emperor Maxentius tried to make her revoke her Christianity by sending 50 of his most learned pagan scholars to dispute with her. She won the debate. So Maxentius changed tack and proposed marriage to her, but she refused him. Her husband, she said, was Jesus, to whom she consecrated her virginity.

The furious emperor stepped up the torture. He had her thrown under a spiked wheel. But the spikes broke. Finally he beheaded her. Instead of blood, a milklike substance flowed from her severed veins.

In the self-portrait, she rests her hand on the broken wheel with the spikes and holds a palm frond, the traditional Christian symbol of martyrdom. If you see someone in art holding a palm, they’re a martyr. So she’s going to die. But not just yet. First there’s time for this brief moment of intense communication. Turning sadly to us from the edges of a shadowy darkness, Artemisia clamps us to her story with a tender, involving, tricky gaze that reaches across from 1619 and grabs us by the lapels.

It’s tricky because it’s fake. Sorry, but she isn’t really a martyr, and this isn’t really personal. It’s a ploy. The baroque illusion of personal involvement persuades you that you know an artist when you don’t. Rembrandt used the same trick in all those soulful self-portraits of his. You can be especially soulful in a self-portrait once, twice, thrice. But when it happens in 50 or so pictures, it needs to be recognised as a clever artistic strategy. 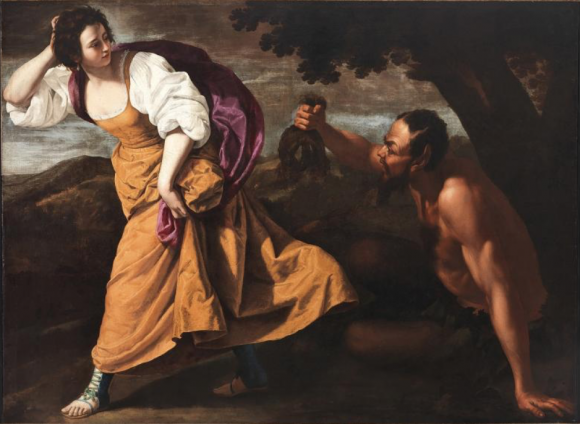 In Artemisia’s case, what gets conveyed across half a millennium isn’t her soulfulness, but her independence. A woman of spirit is broadcasting her feminine fierceness; her freedom to think her way. Not surprisingly, the feminist end of the art historical spectrum has been keen to present her as a prototypical #MeToo heroine. The story of her rape in Rome in 1611 — her father invited the painter Agostino Tassi to tutor her, and Tassi raped the teenage Artemisia — has become her defining feature, like Van Gogh’s ear or Caravaggio’s murder. First you mention Artemisia, then you mention her rape.

The trouble with projecting so much of the present into the past is that it colours that past too strongly and makes it unreliable. Focusing so determinedly on the rape may make Artemisia feel au courant, but it also diminishes her as an artist, and limits her emotional and creative range. If all she did in her art was to seek revenge on men, then she was a one-trick pony. And Artemisia, surely, fiercely, defiantly, was not that.

So the second reason to regret the closure of the show is that it would have hugely expanded our image of her.